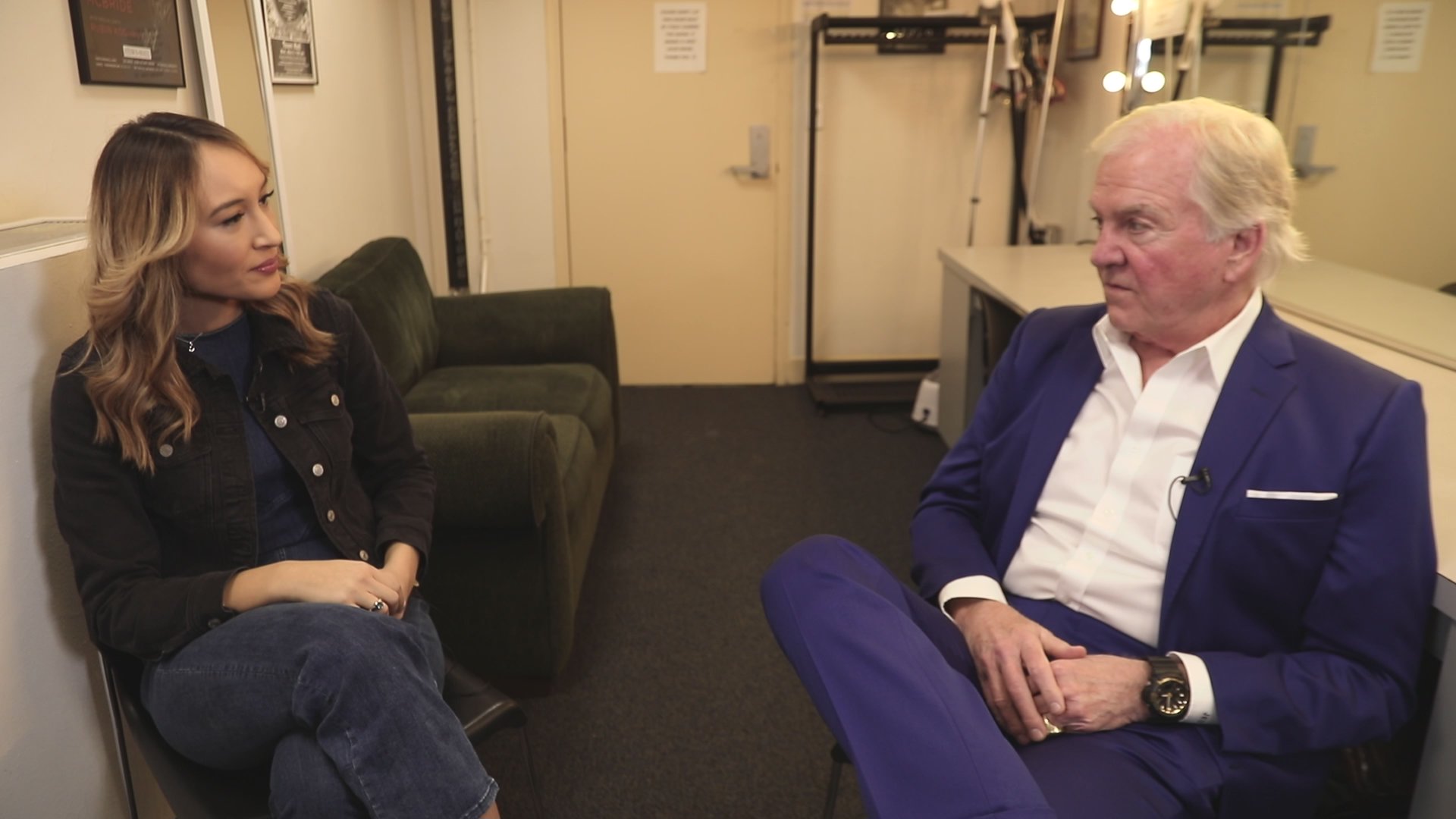 Amanda Knox and Damien Echols' cases were 14 years and a contintent apart but they are tied by a commonality: they say they are innocent and so does famed former FBI Profiler John Douglas.

All three were part of a Death Becomes Us panel entitled “Wrongfully Accused,” held on Saturday in New York City as part of a multi-day true crime festival.

“They’re innocent,” Douglas said of both Knox and Echols, whom he also referred to as "heroes." Both have been convicted of murder and both were sitting on stage beside the former profiler. Douglas’ sentiment prompted Knox to choke up and thank him for believing her.

Knox and Echols were at the epicenter of two different infamous crimes which together resulted in the murder convictions of five people who have since been released. Douglas said they should have never been arrested in the first place.

Knox’s former roommate Meredith Kercher was murdered in Italy 2007 while they were both studying abroad. Knox, then 20, was scrutinized in Italian media and European tabloids which often painted her as sex-crazed — mainly because she was seen kissing her former boyfriend outside the home in the immediate aftermath of Kercher’s killing. Knox attributed the fact she was an outsider in a foreign country and the cultural biases that accompany that in playing “a role in why I was not deemed a normal person.”

Knox and then-boyfriend Raffaele Sollecito were convicted of Kercher’s murder and sentenced to lengthy prison terms, but an appeals court threw out their convictions in October 2011, citing a lack of evidence. Knox and Sollecito were fully exonerated in 2015.

Echols is one of the three former teens known as thee "West Memphis Three" convicted of killing three 8-year-old boys — Steve "Stevie" Branch, Christopher Byers, and Michael Moore— whose sexually mutilated bodies were discovered in a West Memphis, Arkansas ditch in 1993. Echols, then 18, Jason Baldwin, 16, and Jessie Misskelley, 17, were arrested and convicted of killing them. The teens were described as social outcasts who liked metal music. Their controversial trial focused on Echols' interest in paganism and Stephen King books, as shown in the first documentary on the case “Paradise Lost: The Child Murders at Robin Hood Hills,” directed by Joe Berlinger. Berlinger moderated Saturday’s panel.

The case has long been referred to as one that was part of the wave of "Satanic Panic," a fear that Satanism would infect society during the 1980s and 1990s. The three men were released from prison after entering an Alford plea in 2011 after nearly two decades of imprisonment.

According to Douglas, whose real life profiling has inspired countless shows and movies and whose 1995 book “Mindhunter: Inside the FBI's Elite Serial Crime Unit”  is the basis of the Netflix series “Mindhunter,” none of these people should have been accused in the first place because they clearly did not fit the profile of who committed the crimes.

On Saturday, he described the murder of Kercher as “a typical criminal enterprise slash sexual homicide.” He said it was clear that that it was burglary-based, and that it was not a staged burglary as some Italian law enforcement claimed it to be at the time.

Douglas said the only person ever involved with the crime was Rudy Guede, who was found guilty of the sexual assault and murder of Kercher in a separate 2008 trial, a year before Knox was convicted. Douglas said Guede was in the apartment and on the toilet when Kercher came back home. At that point, he said, Guede attacked her.

“What was just shocking to me is the accusations against Amanda and Raffaele,” Douglas said. One such accusation was that the couple purchased cleaning materials to wipe up the crime scene, but only their own. Guede’s fingerprints were found at the scene. Tabloids and some Italian investigators alike claimed the all three worked together to kill Kercher.

“They must be amazing, Raffaele and Amanda,” Douglas said sarcastically, “to clean up the crime scene and just remove their microscopic DNA evidence.”

Bloodstained fingerprints at the scene were linked to Guede.

In Douglas' 2013 book “Law and Disorder: Inside the Dark Heart of Murder” which focuses on the Amanda Knox and “West Memphis Three” cases, Douglas wrote that he became interested in Kercher’s murder case when his frequent collaborator Mark Olshaker, told him the case had “remarkable echoes to the West Memphis Three,” and by that he meant that the so-called killers “had been railroaded.” Douglas went on to write that “in some sense, Knox is the photo negative of WM3, with the same ultimate effect” as both involve “horrific, gory murders of low-risk, innocent young people,” both “hinged on a questionable confession after many hours of police interrogation without a lawyer present” and “both were rushes to judgment.”

Knox endured ten different investigators grilling her over a 40-hour period all while barely being able to speak the language, Douglas said.

“It’s a crying shame,” he said at Saturday’s panel. He told the audience that if anyone thinks that they are immune to confessing to a crime they didn't commit, "you're wrong. I've seen too many cases like this."

As for the three boys killed in Arkansas, Douglas said that their heinous murders were definitely not the work of teenagers.

Investigators had found the three boys’ clothing jammed into the mud with sticks after they drained part of the area during a search.

“A juvenile wouldn’t have thought of getting the boys’ clothing and sticking them and hiding them into the bayou with branches,” he said. “That’s pretty damn criminally sophisticated to do something like that. When someone perpetrates a crime like that they have a history.”

He said there was nothing in Echols, Baldwin and Misskelley’s character or background to suggest they were capable of such violence. The documentaries on the case depicted locals as believing that the three were capable of violence because of their interest in metal music and Echols' interest in Paganism. In "Law and Disorder," Douglas referred to the trio as "marginal outsiders from poor and broken families whom the rest of the world considered losers" and Echols himself referred to himself at Saturday's panel as "absolute trailer trash."

The trio's so-called identities as "undesirable" by society did not make them fit the profile of the boys' killers, or killer, according to Douglas. He analyzed the murders and determined that there are not three killers but just one killer, likely someone who lived in a nearby subdivision. He pointed to two of victims’ stepfathers as possible suspects.

“There were two of the boys’ stepfathers who were never interviewed,” he said, likely referencing John Mark Byers and Terry Hobbs. He mentioned that DNA found at the scene which might match one of the step dads particularly a hair found from a ligature used to tie up one of the victims. That hair could possibly be associated with victim Stevie Branch’s stepdad Terry Hobbs, according to “Law and Disorder.” In the book, Douglas wrote that Hobbs had a violent history which included whipping his stepson with a belt and that he left town in the aftermath of the murders.

Hobbs himself told local outlet WREG in 2013 that he is innocent, still maintaining that Echols and his friends are guilty. While released from prison, Echols, Baldwin and Misskelley have yet to be exonerated.