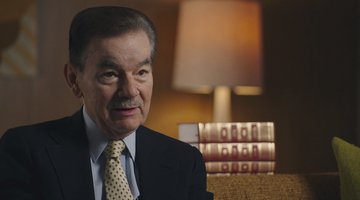 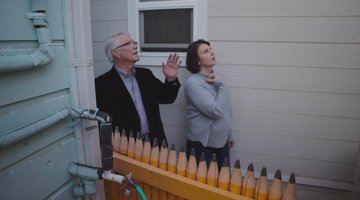 Plenty of people in the hospitality business get reputations for killing guests with kindness. Dorothea Puente, who ran an unlicensed Sacramento boarding house, became infamous for actually killing residents in the 1980s.

“Puente preyed on what investigators called ‘shadow people’ — the elderly, alcoholics and the disabled,” The Los Angeles Times reported in her obituary. “Though there were no witnesses to the slayings, prosecutors said Puente was one of the most ‘cold, calculating’ female serial killers the country had ever seen.”

After drugging victims, Puente buried them in the backyard of the two-story Victorian house and then cashed their Social Security checks.

Her homicidal spree came to a halt in November 1988, when police came searching for a mentally disabled transient, Alvara Montoya, who’d been reported missing. Police eventually dug up seven bodies around the boarding house property. Two more bodies were found later, including the remains of Puente’s former boyfriend, Everson Gillmouth, that were discovered in a box that had been dumped in the Sacramento River.

Puente’s run-ins with the law began years before investigators carrying shovels got busy turning up flower beds in the boarding house backyard, though.

Puente was convicted in 1948 of forging checks, according to a Sactown Magazine article in 2009. She also served two and a half years in prison for drugging and robbing people.

After the first body was found in her yard, Puente made a run for it. Following the issuance of a murder warrant and search that swept across California, Nevada and Mexico, Puente was arrested in Los Angeles.

The arrest came after a tip by a man who said that he had met Puente in a bar, where she overly interested in his disability checks, according to the outlet.

In February 1993, Puente’s trial began in Monterey County, where the case was moved after extensive coverage in Sacramento. Public defenders representing Puente said her victims died of natural causes and suicide, not murder, reported The Los Angeles Times.

Puente was convicted in 1993 of three murders. The jury didn’t reach verdicts on six other murder counts. She received two life sentences and a concurrent 15-year-to-life sentence.

While in prison Puente communicated with Shane Bugbee, who collected dozens of family recipes into the book, “Cooking with a Serial Killer.” The book includes Bugbee’s phone interviews with the mass murderer, who addressed her conviction and the victims.

“None of them were murdered,” she insisted.

At age 82, Puente died of natural causes behind bars in 2011 at the Central California Women’s Facility in Chowchilla.

To learn more about Dorothea Puente’s case, watch “Murders at the Boarding House" on Oxygen.

5 Grannies Who Murdered Again and Again