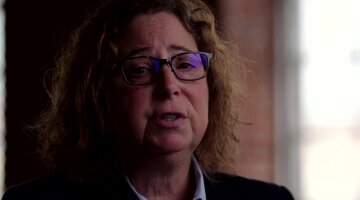 0:57
Preview
Woman Calls 911 to Report a Shooting at Her Brooklyn Apartment 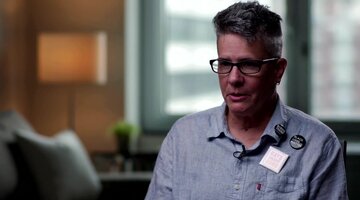 1:00
Preview
What Happened to Sylvia Lugo? 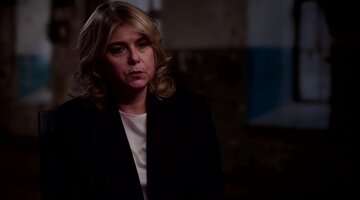 Home to handsome brownstones and tree-lined streets, Park Slope, Brooklyn has long been a popular place to live. But in the summer of 1995, a shocking crime left the neighborhood reeling and led to tensions rising between residents and the NYPD.

On the night of July 5, Sylvia Lugo, 34, and her girlfriend, Amanda Leach, 28, had returned home from a getaway when they were set upon by a gunman who pushed them into the apartment, The New York Times reported in 1995.

Sylvia freed herself and tried to help Amanda, who was being raped in another room. Sylvia ended up being shot twice in the head. Amanda suffered a gunshot to her leg.

“She said that the attacker pointed the gun at her and tried to fire again and that the gun jammed,” said Leto. The gunman grabbed jewelry, the keys to their rental car, and escaped into the night. Lugo died from her injuries.

A BOLO (be on the lookout) was put out on the rental car. Amanda’s description of the assailant — a Latino male, around 5-feet-5 and 150 pounds with a thin mustache and wearing a baseball cap — was used to create a composite sketch.

The autopsy report conflicted with Amanda’s account of the crime. She’d said Sylvia stood up after the first shot, but the medical examiner called that “physically impossible,” said a detective.

The angle of Amanda’s wound suggested that it may have been self-inflicted. The results of Amanda’s rape kit, which are not infallible, came back inclusive. These findings made their way into news reports.

To determine if Amanda, a social worker, was telling the truth, investigators interviewed the couple’s neighbors. Witnesses told police that they had heard women’s voices but no men arguing on the night of the murder. Amanda became a suspect in Sylvia’s murder.

“The police are telling us this is what they think happened,” Martin Lugo, Sylvia’s brother, told producers. “They think there was a lover's quarrel and Amanda shot Sylvia.”

Armada was adamant that she was innocent. “But the information we had just pointed towards her at the time. We just couldn't rule her out as a suspect,” said Derrick Parker, a retired NYPD detective with Brooklyn North Homicide.

Some of Sylvia’s family even spoke publicly about their concerns Amanda was involved, reported The New York Times.

The investigation also led detectives to question Trelane McKinney, Amanda’s ex-girlfriend, who had a threatening exchange with Sylvia while the three women were playing softball. According to Parker, McKinney told Sylvia, “I will kill you. I will hurt you.”

Investigators considered McKinney a person of interest and that she may have acted alone or with Amanda, according to “New York Homicide.” When the stolen rental car was found near McKinney’s apartment, another red flag was raised.

Detectives questioned McKinney. She denied any guilt and explained that the ball field threat was just empty words. “I was angry and hurt,” she told producers. “Sylvia was a big part of the breakup.”

A search of the car failed to turn up any useful forensic evidence. Detectives no longer considered McKinney a person of interest.

Police reinterviewed Amanda, who acknowledged that because she was medicated during the first questioning she may have been off on details during the first round. But Amanda adamantly insisted she and Sylvia were both victims. She took, and passed, a polygraph test.

Park Slope advocates believed the investigators' focus on Amanda kept them from finding the real killer,  especially when a serial rapist had been attacking women in the neighborhood. The shockwaves of the crime tore through the community, escalating an already tense relationship between the LGBTQ+ community and the NYPD.

Detectives investigated any possible connection and searched for new leads in Sylvia’s murder. Meanwhile, rallies and protests were held to support Amanda.

“The NYPD learned from it and improved. We found a bureau to better serve the LGBTQ population,” said Boyce.

Two months after Sylvia’s murder, and just a half a mile from that crime scene, a man followed another young woman into her apartment building.

Police arrested 26-year-old Tony Harrison, who detectives believed to be the Park Slope rapist. But the investigation revealed that he had nothing to do with Sylvia’s homicide, said Leto.

With no hard evidence pointing to an arrest, the NYPD offered a $10,000 reward for help in finding Sylvia’s killer. But the mystery remained unsolved.

In March 1996, eight months after that homicide, Gabrielle Kearns was approached by a man who demanded her car. She put up a fight and he shot her in the head. Kearns survived the shooting.

Officers patrolling the area arrested 19-year-old Alex Villanueva, a drifter roaming the streets of New York. He was practically a dead ringer for the composite sketch based on Amanda’s description, reported the Brooklyn Daily Eagle. That included a pencil mustache and cap.

Villanueva admitted to killing Sylvia and described how he’d shot her after she burst into the room where he was raping Amanda. He said he stole the car and weeks later parked it near his probation officer’s office. By chance, it was near McKinney’s home.

Ballistics evidence showed that the gun used to shoot Kearns matched the one used to kill Sylvia and wound Amanda.

“The police realized that Amanda was telling the truth about what happened,” said Parker. “She was no longer a suspect.”

Amanda identified Villanueva in a lineup as the man who killed her girlfriend and shot her. Just over a year after Sylvia’s murder, Villanueva was charged with attempted murder, murder, and rape.

“I think we were all you know, blown away,” said Martin Lugo. “Probably by the fact that Amanda was innocent. And the fact that the person who killed our sister had also attacked other people.”

The news spread “like wildfire,” said Kimberly Miller, Sylvia and Amanda’s friend. “It was a horrible year while they investigated her.”

Villanueva also unexpectedly confessed to the May 1995 execution-style murder of Michael Turrell.

Before Villanueva’s trial began in May 1977 he pleaded guilty to second-degree murder of Sylvia Lugo and Michael Turrell, attempted murder of Gabrielle Kearns, and the rape of Amanda Leach. He was sentenced to 50 years to life in prison.

For more on this case and others like it, watch “New York Homicide,”airing Saturdays at 9/8c on Oxygen or stream episodes here.

A Grad Student Drinking In Soho Ended Up Dead In Brooklyn — How?