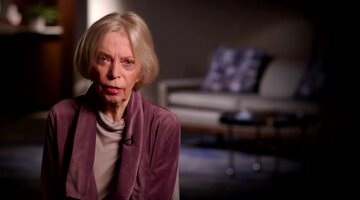 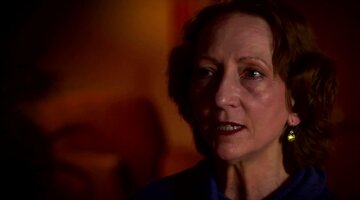 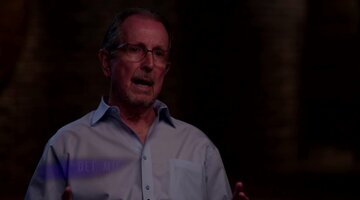 When a stage performance is going on, all eyes are on the stage. Could someone really disappear mid-show? It's exactly what happened to Helen Mintiks.

It was the night of July 23, 1980. The Berlin Ballet was performing at the famous Metropolitan Opera House in New York City.  At one point during the performance, recorded music was played instead of the orchestra, which was made up of talented freelance musicians. These musicians used this period as a break.

But 45 minutes later, around 9:30 p.m. the performers were supposed to be back — but a seat in the strings section was empty. Helen Mintiks, a 31-year-old violinist, was nowhere to be seen.

"In a high-profile orchestra like the Met, you get people who don't miss their cues," David Black, the author of "Murder at the Met," told "New York Homicide," airing Saturdays at 9/8c on Oxygen.

The performance ended, and still Mintiks was nowhere to be seen. Some friends looked for her, but were unsuccessful. They knew she wouldn't have left behind her violin — an instrument that costs thousands of dollars. Authorities were contacted.

Mintiks was from a small town in British Columbia, the daughter of poultry farmers. Her passion in life was music.

"She told me her father used to drive her 40 miles in his truck to take violin lessons in Vancouver," Mintiks' friend Judith Olsen, who met her when they both attended the prestigious performing arts school Julliard in New York City, told producers."She was friendly, she talked to everyone, she was constantly making cheesecakes for her friends … a world class giggler. ... I also saw the serious side. She was hooked on music ands that was going to be her life."

She was married to an artsy soul like herself: Janis Mintiks, a sculptor. He was contacted and explained he had actually been waiting for his wife at the Met so he could walk her to her apartment, but she never showed up. He had gone back home, hoping he had somehow missed her, only to realize she had vanished.

A search of her locker showed the street clothes she had previously worn were still there, leading investigators to suspect she was still in the building. Authorities combed the opera house, but it was a difficult process, as each floor was a massive labrynth.

"[Investigators] were warned by some of the stagehands: 'Do not go anywhere by yourself because you can go somewhere, make a wrong turn, close a door, get lost, and realize you're locked in," Olsen told producers.

The following day, they made a horrifying discover. An investigator had gone to the roof and peered down a shaft.

"When they looked down, they discovered the body of Helen Mintiks — nude, bloody, and broken," John Bruno, a retired detective with the New York Homicide Task Force, told producers.

Mintiks had fallen about 30 to 45 feet to her death. She was bound, gagged, and blindfolded, her purse and clothes near her. The only strong lead investigators had was a palm print on a pipe near where the body was thrown. There was no sign she had been sexually assaulted, and she died some time between 9 p.m. to 11:30 p.m., according to the medical examiner.

Because of the timing and the fact the building was so complicated to navigate, authorities suspected the killer was familiar with the Metropolitan Opera House. They realized they needed to talk to everyone who worked there.

They showed photos of Mintiks to everyone backstage and spoke with hundreds of people — and one woman remembered seeing her the night before.

"I had seen her the night before. During the recorded music ballet I was waiting for an elevator that was near the stage and there was this woman and a man and they came and started waiting for the elevator too and she spoke to me and that was Helen … the elevator went down to the basement first and I got off the elevator and they went on," Laura Cameron Cutler, a dancer with the Berlin Ballet, said.

Mintiks had been interested in finding out where a famous Russian dancer who was performing that night was, as she wanted to connect him with her husband for potential job opportunities. She had asked Cutler where to find him, and the other man had answered, "the fourth floor," Cutler said.

But that wasn't true. The performers were all on the stage level. Was this worker mistaken? Or had he deliberately lied to Mintiks to get her alone?

Cutler said the man was dressed in workman clothes, which led investigators to suspect he had been a stagehand. And the knots that had been used to tie up Mintiks were the kind of knots a stagehand would tie.

Cutler made a sketch of the man in the elevator, and it seemed to match a stagehand — Craig S. Crimmins, who seemed incredibly nervous while interviewed by the authorities. He willingly gave his fingerprints — and it matched the palm print found on the roof.

Another red flag arose when detectives learned he had been missing when the orchestra returned from break.

"We then learned he had not made cues, and that he was missing and [the stagehands] were looking for him," Michael Struk, a retired detective with the NYPD, 20th Precinct, Manhattan, told producers.

A coworker then claimed he had seen Crimmins in the electrician's lounge, asleep during cues. When detectives pressed though, that coworker admitted Crimmins asked him to lie for him.

Crimmins was brought in for questioning multiple times before he finally confessed. He revealed he had a made a pass on Mintiks in the elevator, and when she rejected him, he was enraged. He had "menaced her with a hammer," an investigator said, and chased her until she was trapped. After he unsuccessfully tried to have sex with her, he brought her to the roof, where he tossed her off.

In September 1981, he was convicted of felony murder and sentenced to 20 years to life in prison.

"It's definitely a relief to know he can't do it to anyone else but there is never closure for this kind of thing," Olsen told producers.

For more on this case and others like it, watch "New York Homicide," airing Saturdays at 9/8c on Oxygen.