Sign Up for Free to View
Why Was Edna Pierre-Jacques Killed? 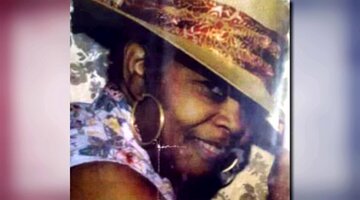 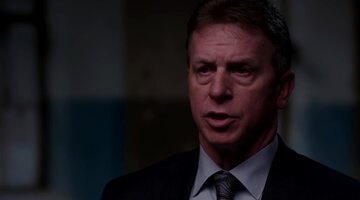 Edna Pierre-Jacques, 78, was a beloved pillar and matriarch of East Flatbush, Brooklyn, where she was also known for sharing her Haitian heritage and culture.

On February 27, 2016, Pierre-Jacques’ body was discovered in her home around 9:50 p.m. by her granddaughter, Brianna Jean Baptiste, who’d stopped by to pick up a gift. She alerted her mom who was outside in her car, and they called 911.

First responders at the scene suspected the elderly woman’s death was no accident. There were no signs of forced entry. She was lying in a pool of blood, according to detectives who worked the case.

It was a shocking and tragic turn of events for a woman who arrived in New York in 1968 and made a life for herself and her family. She raised four children and worked as a seamstress. She loved to cook, dance, and make people laugh. She was “the glue” that held the family tight, loved ones told producers.

“She seemed to have some injuries to her head,” said Det. Gilberto Alonso, NYPD, Brooklyn South Homicide Squad, adding that there was a bloody hammer and electrical cords near the body. “We also noticed ligature marks around her neck as if she was strangled.”

Following standard procedure, investigators began by questioning the victim’s family members, including her husband, Frederick, 76. He was home at the time of the murder and had a strained relationship with his wife, DNA Info reported.

Detectives quickly learned that Edna and Frederick shared the same house but they essentially had separate lives — and rooms. When questioned by detectives he claimed that he didn’t see or hear a thing even though he was in the next room at the likely time of her murder.

“We found that sort of odd,” said Nelson Figueroa, retired detective, NYPD, 67th Precinct, Brooklyn. While searching his room, they found a book opened to a page that read “how to get rid of a witch.”

The instructions include writing a person’s name on paper and burning it. A scrap of burned paper with Edna’s name on it in Frederick’s room raised a red flag, investigators said.

After a deeper dive detectives learned that Edna had a reputation for practicing voodoo, they said. “I believe that Frederick was upset that his wife was a spiritual leader of voodoo … and he wanted to remove her from doing spells,” said Figueroa.

After rounds of interviews and forensic analysis showing that Frederick had not held the hammer found nearby, the detectives eventually cleared him as a person of interest.

Their investigation took a different turn upon the discovery of an underground gambling room in the basement of Pierre-Jacques' home with fax machines, cell phones, cash registers, and calculators.

“It was a full-fledged gambling location,” detectives said. And that raised possible scenarios and motives for murder. At the 67th Precinct, Frederick explained that he and his wife rented out the basement room as a way to raise extra cash.

Despite the promising lead, investigators found nothing from the gambling den that led back upstairs to what happened to Edna, detectives said.

After locating and interviewing the woman who managed the downstairs spot, police learned that no one was in the basement on the night Edna was killed. The gambling den wasn’t running that night. Detectives were satisfied that it played no role in the homicide.

Police were back to square one. They redoubled their efforts to interview family members in hopes of coming up with a new lead. The case took an abrupt turn when one told police about Edna’s longtime neighborhood friend Tamisha Harper, then 45.

“Tamisha was at my grandmother's house almost every day,” said Tatiana Jean Baptiste, her granddaughter. “She was there all the time.”

Investigators immediately sought to interview Harper. But soon after word of Edna’s death spread through the neighborhood, Harper acted strangely.

The victim's family members chalked up Harper’s behavior to being in shock. They told police that they saw her in a car with her boyfriend outside Edna’s home but she didn’t respond when Edna’s daughter knocked on the window and asked if she had any information for the police. The two just sped off.

Two days after the murder, she was still missing. She didn’t show up for work. She didn’t respond to calls. Police considered her vanishing act from all angles. Was she afraid? Had she been taken against her will?

“We thought that Tamisha had fled because maybe she saw something she wasn't supposed to see and now she’s scared for her life,” investigators said.

After an exhaustive search of Harper’s former addresses, investigators tracked her down at her mother’s home in New Jersey.

Detectives found Harper in the living room “almost in a fetal position,” said Figueroa. “It looked like she hadn't slept for days. She had this blank stare in her eyes.”

They identified themselves and “she started rocking back and forth.” They asked her to walk them through what happened the night Edna was killed.

Her account began two weeks before that. She told detectives a woman from the neighborhood became worried that her boyfriend might be interested in her. “The woman was a devout practitioner of voodoo.”

Harper told police that the woman had cursed her and so she went to Edna, a spiritual healer, to remove the hex. Edna agreed to help her. But the encounter didn’t go as planned.

Harper told the cops that Edna looked at her and said, “You’re here to kill me,” investigators told producers. At that point, Harper claimed, spirits took over her.

She choked her friend with her hands and the cords. “She describes grabbing the hammer but never describes hitting Edna with it,” said Alonso.

She then went home, showered, and confessed to her boyfriend, who, she claimed, whisked her off to her mother’s house. Harper was arrested for murder. No charges were brought against her boyfriend.

The Kings County DA allowed Harper to plead to manslaughter. “There was never any trial for Tamisha,” said Alonso. She was sentenced to 17 years in prison.

For more on this case and others like it, watch “New York Homicide,” airing Saturdays at 9/8c on Oxygen or stream episodes here.

Who Threw A Violinist From An NYC Opera House Roof?