Sign Up for Free to View
Photo: Dallas District Attorney

Known as "The Eyeball Killer," Charles Albright was a low life who terrorized Dallas, Texas, in the early '90s by murdering sex worker.

He got his nickname because he cut the eyes out of his victims with surgical precision, a skill he developed through a childhood fascination and training in taxidermy, and bolstered by a lifelong fascination with eyes. Most famously, his mother never let him buy taxidermy eyes — apparently, they are expensive — and forced him to use buttons or even sew the animal's eyes shut.

He seemed tortured by how he never "made it" as a medical doctor.

Albright carried out his crimes with impunity until one sex worker claimed she had escaped his clutches after he raped her, to a house he had coincidentally been renting out. When officers connected the name on the house deed — Albright's father, Fred — to a tip that they had received about a man named Charles Albright who was "dating" the first victim, Mary Pratt. The tipster, a friend of Mary's, said that Albright had a creepy collection of X-ACTO blades in his house, as well as an attraction to eyes.

Albright's violence against sex workers was often explained by his puritanical ways — according to the Texas Monthly feature on his crimes, Albright had attacked a sex worker saying "I hate whores! I’m going to kill all of you motherf—ing whores!"

The Texas Monthly also reports that after softball practice, when goaded by one of his teammates to enlist the services of a sex worker because he was single at the time, Albright said, “Hell, I’d kill them if I could.”

He would tell people his birth mother was a sex worker, though this was not true.

Albright's hatred towards and subsequent crimes against sex workers may need no complex psychosocial question: as a sadistic man who gained pleasure from hurting women, he found the most vulnerable women and targeted them for his pleasure. The sex worker who gave authorities the crucial tip was repeatedly discredited because of her drug usage and vocation. Officers told Texas Monthly that she was a "notorious liar" and was known for telling "pity stories."

Albright's practice of carving out his victims' eyes left a last chilling in the otherwise torrid Dallas, and is the subject of the latest episode of "Mark of a Killer,” streaming now on Oxygen.com. Now, if you're ready for it, here are some crime scene photographs pixelated or blurred, and some never seen before: 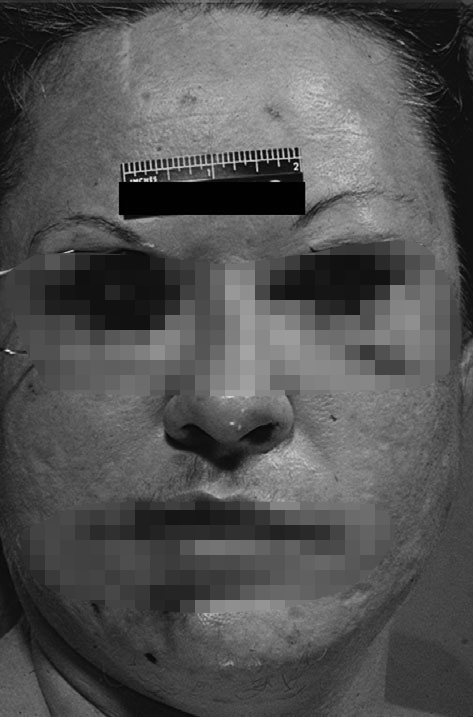 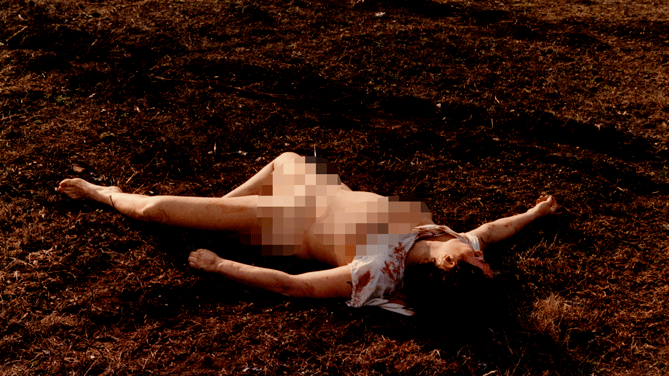 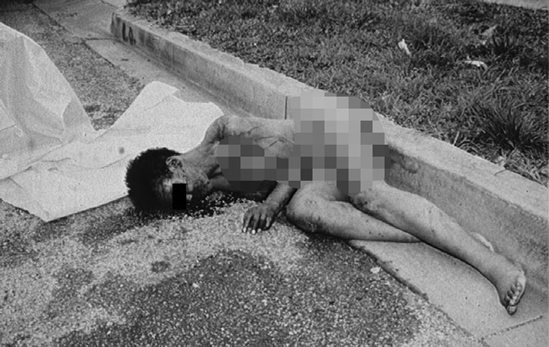 Shirley Williams was found propped up near the curb by a waitress a month after Peterson was found. She was 45.

Posing was a large part of the crime, as is attested to the similarity of the positions in which Albright's victims were found.

While Albright was arrested and charged for three murders, he only saw trial for one murder: of his last victim, Shirley Williams. Albright is sentenced to life at a psychiatric unit in Lubbock, Texas.

Learn more about Albright's and other serial killers' horrific MOs on "Mark of a Killer.”