Sign Up for Free to View
Who Murdered Theresa Kiel? 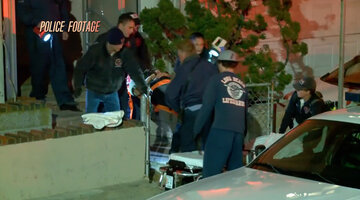 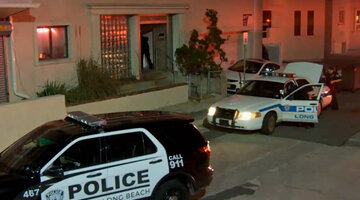 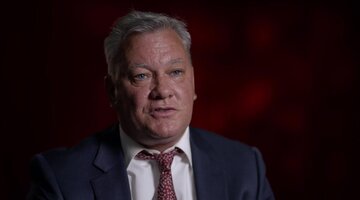 Sister, mother and educator Theresa Kiel was loved wherever she went. The love in her home, however, was turned against her in a crime that shocked the New York area.

Born Theresa Ann Albano, she grew up in the New York City borough of Queens. As an adult, she worked as a middle school teacher and principal in Nassau County, just outside the city.

Theresa married a prominent local dentist, but his 2004 death left her a single mother with two young children, Vincent and Francesca. While Vincent was a young tennis prodigy, Francesca excelled at school.

“She was very dedicated to her two children. She was always there for them when they needed her, especially when their father passed away,” Nassau County Prosecutor Stefanie Palma told “Snapped: Killer Couples," airing Sundays at 6/5c on Oxygen.

When Vincent’s sports prospects dried up, he became an app developer, which his mother encouraged. Francesca, meanwhile, waitressed and took classes at Nassau Community College. The family lived together in Long Beach on Long Island’s South Shore.

At 10:30 p.m. on Dec 4, 2016, Long Beach resident Franklin Cusma was finishing up his outdoor workout regimen when he witnessed an assault.

“I noticed someone was walking into their foyer, and they were going home and someone kind of ran up behind them and all of the sudden I heard lots of screams,” Cusma told “Snapped: Killer Couples.” “Someone all of the sudden took out something really big, started hitting them over the head with it. I immediately started running towards the whole situation.”

When the assailant saw Cusma running toward them, they turned and ran. The victim, a middle-aged woman, had been badly beaten and was unresponsive.

Other locals, upon hearing the screams, emerged from their homes. Cusma told them to call 911 before continuing his pursuit of the attacker, later losing him in a dark alley. Soon after, officers with the Long Beach Police Department arrived on the scene.

Neighbors identified the victim as Theresa Kiel. Vincent arrived just as his mother was being taken to a local hospital. They had gone out to dinner together earlier in the evening.

Theresa's pocketbook with her wallet inside was found beside her, eliminating robbery as a motive. The brutality of her injuries suggested the attack was personal.

Franklin Cusma gave police a description of the assailant.

“He was, I’d say about 6’ 4,” 6’ 3.” He was wearing a big hat. He was wearing a vest and he had on something that covered his bottom chin a little bit and you really couldn’t make out who it was,” said Cusma.

"There's video showing the perpetrator going behind a building. A barbell was found behind that building with the victim's blood on it," Nassau County Assistant District Attorney Michael Walsh told New York’s WCBS-TV.

Though home security cameras in the neighborhood captured the assailant running down the street, none of the footage was enough to identify them.

At the hospital, detectives learned the extent of Kiel’s devastating injuries. Her skull had been caved in, she lost her right eye, and she was in a vegetative state, according to the Associated Press.

Detectives spoke with Vincent Kiel and Michael Albano, Theresa’s brother. They said that Francesca had moved out of her mother’s home months earlier and was no longer in contact with her family. The dispute was over Francesca’s boyfriend, Ralph Keppler. Keppler was an officer with the New York City Department of Correction and also fancied himself an entrepreneur, always on the lookout for investment opportunities, including a dating app that Vincent had recently developed.

“Vincent and Ralph were very good friends and based upon their friendship and entrepreneurial spirit, Ralph Keppler and his family invested approximately $130,000 into the app,” Palma said.

While Vincent was working on the app, Ralph and Francesca began secretly dating. At 18 years old, she was six years his junior. Vincent and Theresa disapproved of the relationship, a situation which got worse when Vincent and Keppler began to butt heads over the progress of his dating app.

“The more involved with Ralph Keppler that Francesca got, the bigger the rift between Francesca and her mother and ultimately Francesca Kiel moved out of her mother’s house and moved in with Ralph,” Palma explained.

Detectives went to the couple’s home in Lynbrook, New York, just up the road from Long Beach. They both acted surprised when told about the attack on Theresa and claimed they were home wrapping holiday gifts and watching football when it occurred, according to the Long Island Herald newspaper.

“She showed us the photo that was time-stamped and date-stamped, seeming to show Ralph Keppler and Francesca Kiel wrapping Christmas presents within moments of the brutal assault on Theresa Kiel,” Long Beach Police Lt. William Dodge told “Snapped: Killer Couples.”

The couple said that Theresa had helped recruit investors for Vincent’s dating app but had squandered the money and suggested it may have led to her murder. Keppler and his parents were part of a $350,000 lawsuit against the Kiels, according to the Long Island Herald.

The Kiels had fought back, claiming Keppler had Francesca “under his control as a financial, emotional and sexual hostage," in court documents obtained by New York Post. Among other allegations, the Kiels claimed Keppler monitored his girlfriend’s phone and email and made her get breast implants.

Ultimately, the Kiels weren’t found responsible for any misuse of funds.

“The investors basically got their money back and that case, of course, was dismissed,” Thomas Liotta, civil attorney for Theresa and Vincent Kiel, told “Snapped: Killer Couples.”

Detectives discovered that Keppler was the only person threatening Theresa over her business dealings. On one occasion, Keppler sent a text calling the mother of his girlfriend "an animal” and saying she “deserves to end up dead," according to WCBS-TV.

“Theresa Kiel knew how much Ralph hated her and was concerned that ultimately he was going to harm her or her son or possibly her daughter,” Palma said.

Detectives learned that several weeks before the attack on her mother, Francesca Kiel had  purchased a GPS tracking device and placed it on her mother’s car, according to the Nassau County District Attorney’s Office. Email alerts notified her when her mother’s car was at work or back home in Long Beach.

Phone records revealed that Francesca had called a car service in Long Beach from her home in Lynbrook just moments after the attack on her mother occurred. Local security camera footage showed Keppler taking the car service to the Long Beach Long Island Railroad station.

“Ralph Keppler has a very specific body type,” Palma said. “When you saw the assailant running down the road, there’s almost no question that it could be anybody other than Ralph Keppler."

On January 24, 2018, detectives arrested Ralph Keppler at his job on Riker’s Island on charges of second-degree attempted murder and first-degree assault, according to New York’s Newsday newspaper. Following his arrest, he was fired from his job as a corrections officer.

A DNA sample taken from Keppler was later matched to blood found on the barbell used to beat Theresa Kiel, according to WCBS-TV.

Detectives learned that two weeks prior to the attack, Francesca Kiel had performed internet searches for “easiest way to kill someone,” “methods for killing with your bare hands” and “single skull death blows,” reported Newsday.

Text messages between Ralph and Francesca showed them laughing about Theresa’s injuries.

“LMAO,” Keppler texted after learning that his victim had lost an eye, then adding, “That bitch got what she deserved,” according to the New York Post.

On November 10, 2018, almost two full years after the attack that left her in a vegetative state, Theresa Kiel, 56, succumbed to her injuries. Following her death, Ralph Keppler, 27, and Francesca Kiel, 21, were charged with second-degree murder, according to WABC-TV in New York.

Ralph Keppler pleaded guilty to second-degree murder, second-degree conspiracy, and fourth-degree criminal possession of a weapon and was sentenced to 22 years to life in prison in June 2020, according to the Long Island Herald. He is first eligible for parole in 2040, when he will be 50 years old.

Francesca Kiel pleaded guilty to first-degree manslaughter in the death of her mother, Theresa Kiel, and was sentenced to 13 years in prison in September 2020, according to WNBC in New York. She is eligible for parole in 2031, when she will be 36 years old.