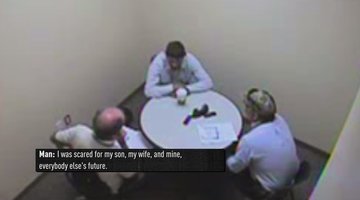 Now Playing
3:17
Preview
An Exclusive First Look at the Case of Deborah Rudibaugh 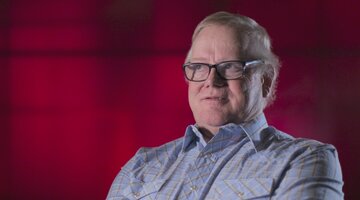 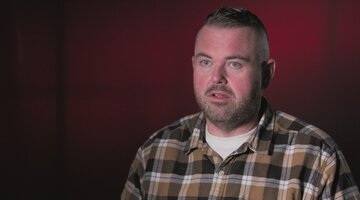 4:51
Exclusive
The Jacksons’ Friend on the Days After the Murder

Inheritance and property disputes often lead to bad blood amongst family, but they seldom lead to murder. Tragically, that’s what happened at the 7-11 Ranch in Gunnison County, Colorado.

Located on the Western Slope of the Rocky Mountains, the 7-11 Ranch was owned by Marion “Rudy” Rudibaugh, a tough World War II veteran who bought the 700-acre property in 1964. It offered rental cabins, campsites, horseback riding, and hunting-guide services.

Deborah Millison moved from Ohio to Gunnison County in the mid-’80 with her husband and two children, daughter Stephaine and son Jacob. Living in the area had been a lifelong dream for Deborah since visiting as a kid.

Deborah worked at the 7-11 Ranch and eventually became Rudy’s right hand. In 1993, she divorced her husband and she became Mrs. Deborah Rudibaugh, marrying her boss despite a 25-year age difference.

Stephaine and Jacob (commonly known as Jake), meanwhile, lived on the ranch and were homeschooled by Deborah. In their free time they worked on the property. When Stephaine was 18, she met 19-year-old David Jackson, who was with a traveling carnival that stopped in Gunnison. After dating for several months, David and Stephaine married in 2003. Rudy gave Stephaine $80,000 out of her inheritance to buy a home in Denver. With his sister gone, Jake took on more responsibilities at the ranch.

Rudy died in Nov. 2009 at the age of 85. Deborah inherited the 7-11 Ranch, but his death hit everyone hard and the business began to falter.

“My sister went into a pretty deep depression. She withdrew from everybody. That was her life, the ranch, and no matter what, she didn’t want to let go of it,” Trautman told producers.

In 2012, David and Stephaine moved back to Gunnison County with their young son. David got a job at Gunnison Vintage Auto and Stephaine worked at the ranch. It wasn't a happy family reunion, though. A sibling rivalry soon developed between Jake and Stephaine. Brother and sister butted heads over who was in charge, who did more, and who would ultimately take over the 7-11 Ranch.

“Jake felt he had more of a claim to the ranch, especially since Rudy had given a bunch of money to Dave and Stephaine to buy a house,” Millison’s friend James Beda told “Snapped.”

Things came to a head in January 2013, when David allegedly brandished a firearm at Jake during an argument. Jake subsequently sought a restraining order against David but never had it enacted, according to local newspaper the Gunnison Country Times.

The last time anyone saw Jake Millison was on May 15, 2015, when he went to a movie with friends. He made plans to see people the next day but never showed up. On May 20, friends Randy Martinez and Nate Lopez realized they hadn’t heard from him in almost a week. They drove out to the 7-11 Ranch, where they spoke with Deborah Rudibaugh.

“She told us the story that he was on a trip with the MMA gym,” Martinez told The Washington Post in 2018. His Mixed Martial Arts sparring partners, however, told Martinez there was no trip and besides, Jake was injured and couldn’t train. It all struck them as suspicious.

“Literally days before he went missing he told us if anything ever happened to him, it was his family,” Martinez explained to Denver CBS-affiliate KCNC-TV that same year. Later that day, Martinez and Lopez filed a missing person’s report for Jake.

When detectives spoke with Rudibaugh, she said he was out of town and out of touch, having accidentally left behind his cell phone. Police took her at her word.

Millison’s friends continued to talk to authorities and filed additional missing persons reports. Finally, in August 2015, Deborah Rudibaugh filed her own missing persons report for her son. Rudibaugh told detectives her son abused cocaine and steroids and hung out with a bad crowd, according to a 2018 The Denver Post post article. She even claimed he took a book from her, entitled “How to Disappear Without Leaving a Trace.”

His friends, meanwhile, created a Facebook group, Where is Jake Millison. On October 19, 2015, they published photos of David Jackson riding Jake's prized Harley-Davidson Sportster motorcycle and claimed he was selling off his brother-in-law's other bikes.

“Nobody got to get near the Sportster. That was kind of like his baby and his prized possession. He wouldn't even let me touch that bike so I can't imagine the person that he doesn’t get along with would be allowed to ride it and take pictures with it,” Beda explained.

Jake's friends weren’t the only ones who thought something was fishy with the bike incident.

“Given the information that had been provided to law enforcement, that Jake had simply taken a trip, it made no sense that David would be using Jake’s vehicles,” Colorado Bureau of Investigation Agent Jack Haynes told producers.

In 2016, Rudibaugh was diagnosed with Stage Four Breast Cancer. Feeling time was of the essence, investigators obtained a search warrant for the 7-11 Ranch, which they executed in July 2017. Jake's body was found near a corral, KCNC-TV reported at the time.

Rudibaugh immediately confessed to killing her son, telling investigators, “I shot him in the head,” according to The Denver Post. She said in the early morning hours of May 16, 2015, she snuck in his bedroom and killed him in his sleep. She claimed she used “Yankee ingenuity” to move the body outside and buried her son in a pile of manure.

Her motive? Rudibaugh claimed she and Jake continually fought over who should inherit the 7-11 Ranch. In April 2015, she changed her will, listing Stephaine as the sole beneficiary, enraging her son. According to her, on the night of May 15, 2015, Jake threatened her.

“She had decided that night that it was either her or him,” prosecutor Jessica Waggoner told “Snapped.”

Police had their doubts about numerous parts of her story, especially how she disposed of the body.

“She was a very petite woman weighing less than 90 pounds. It was clear to us there was no way that Deborah could roll a 185-190 pound body off of the mattress and drag it out. If she did it, she did not do it alone,” Haynes told “Snapped.”

Detectives interviewed Stephaine and David Jackson. While both denied knowing about Millison’s murder, a polygraph test revealed they were being untruthful, according to The Denver Post. Authorities also obtained Stephaine’s cell phone records, which showed she sent a text message that read, “It’s time to play!” at 3:17 a.m. on May 16, 2015. She deleted it six minutes later.

Stephaine subsequently posted a Facebook message which said, “Have you ever been woken up with such awesome news you wanted to run outside screaming?" according to The Denver Post.

During questioning in January 2018, David implicated his wife, saying, “Honestly after this and all of that, I have a strong feeling it could have been Steph,”  according to The Washington Post.

In March 2018, Deborah Rudibaugh, Stephaine Jackson, and David Jackson were arrested for the murder of Jake Millison. Authorities believed Rudibaugh pulled the trigger while the Jacksons helped dispose of the body.

Deborah Rudibaugh pleaded guilty to second-degree murder and was sentenced to 40 years in prison in May 2019. She died while in custody that November at the age of 70, according to the Gunnison Country Times

David Jackson pleaded guilty and was sentenced to 10 years in prison. Now 37, he will be eligible for parole in June 2023.

Stephaine Jackson pleaded guilty to a single count of tampering with a deceased human body. In November 2019, she received the maximum sentence of 24 years in prison. Now 36, she will be eligible for parole in 2029.

Teen Murders Parents For Being Too Strict