Sign Up for Free to View
Colleen Stan Tells Her Story 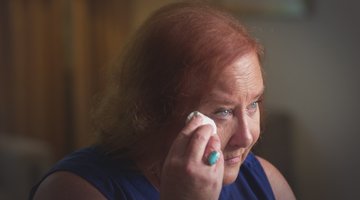 0:29
Preview
Snapped: Notorious The Girl in the Box Coming Soon to Oxygen 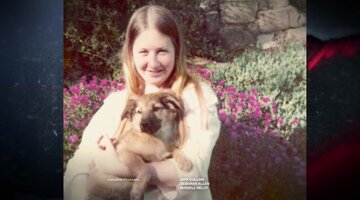 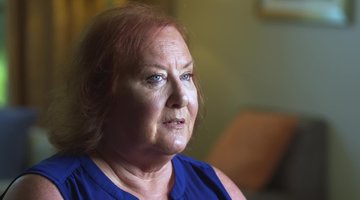 For Colleen Stan, the decision to hitchhike from California to a friend's birthday party in Eugene, Oregon in May 1977 proved to be a fateful one: A couple that picked her up abducted her, raped and tortured her, and held her captive for seven years before she escaped. So, where is she now?

Stan tells her story in her own words in the Oxygen special "Snapped Notorious: Girl In The Box." She describes how she thought Janice and Cameron Hooker, the young couple that offered her a ride, seemed like a safe option because they had their baby in the car with them. But once she was in the vehicle, Cameron attacked Stan and forced a handmade contraption, a "head box," on her. The box weighed about 20 pounds and plunged Stan into a world of heavy, hot darkness.

Over the next seven years, Cameron regularly raped and tortured Stan. He hung her from a rack, whipped her, and beat her. She was forced to spend days in a coffin-like box, sometimes with the head box still on while inside. Eventually, Cameron forced her to sign a contract agreeing to be his slave. From then on, the Hookers referred to Stan only as "K."

Stan was sometimes able to move about -- during one period of her captivity, for example, she babysat the children, and was introduced to neighbors as the live-in nanny. Cameron even took Stan her to see her family one night, pretending to be her boyfriend. During the trip, Stan never tried to escape. Cameron had convinced her that he had the backing of "The Company," a made-up organization that would go after her and her loved ones if she disobeyed him.

Learn More About 'The Girl In The Box'

Eventually, Janice Hooker had a crisis of conscience. After confiding in her minister, she let Stan go, according to court documents. In August 1984, she told Stan that The Company was a lie and took her to the bus station, where Stan called her family to wire her money for the bus. She was on her way back to her family in California.

Janice begged Stan not to go the police, claiming she could rehabilitate Cameron, but in November of that year, Janice herself went to the authorities and turned her husband in. Cameron Hooker was hit with a slew of charges related to the kidnapping, rape, and torture of Colleen Stan, and a media storm commenced.

All this attention was difficult for Stan, especially as many questioned why she hadn't left when she had the opportunity. During the trial, Cameron Hooker pointed to that fact, claiming that while he did kidnap Stan, she willingly stayed, according to the special. Stan and Janice testified against him, though (Janice was granted immunity in exchange), and many of the horrific instruments Cameron used to torment Stan were shown in the courtroom. Ultimately, Cameron Hooker was sentenced to 104 years in prison.

In the years since, Colleen Stan has had a daughter and done her best to move on. On Aug. 10, the day she escaped the Hookers, she and her family go to the beach to celebrate with a party. She wrote a book in 2009 about her experiences called "The Simple Gifts of Life,"

One of her major life lessons? "Don't hitchhike."

"I thoroughly enjoy my freedom. Always, always, always. Life today is good. You have to learn how to live in the now and not let that past drag you back," Stan told "Snapped Notorious: Girl In The Box," which you can stream here.

What Exactly Is Stockholm Syndrome?

Ways The ‘Girl In The Box' Nightmare Inspired Pop Culture