Sign Up for Free to View
Who Was the Mastermind in Frank Arroyo’s Murder? 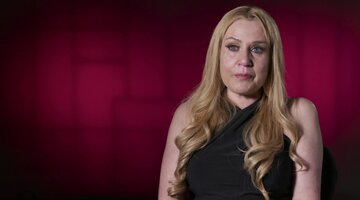 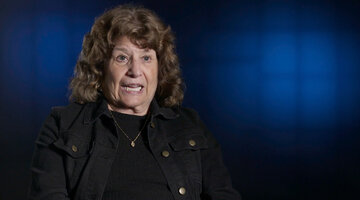 3:45
Preview
Investigators Look Back on the Frank Arroyo Case

Now Playing
5:13
Preview
Who Was the Mastermind in Frank Arroyo’s Murder?

Frank Arroyo was a family man whose children meant everything to him. But he was cut down in the prime of his life by the brother of his ex-wife’s boyfriend over a custody dispute.

Francisco Arroyo Jr. was born in Puerto Rico in 1948 and moved with his family to Queens, New York, when he was 3 years old.

“He was just awesome. He was always making you laugh, always cracking a joke,” daughter Amy Salafia told “Snapped,” airing Sundays at 6/5c on Oxygen.

After graduating high school, Frank joined the United States Army. Upon completing his military service, he worked as a maintenance man and building superintendent. When he was 23, Frank married a single mother named Gladys,  who grew up in the same apartment building he did. They would raise five children together.

But through his building’s management company, Frank soon met another woman: Donna Marie Salerno. She was 11 years his junior. What started as flirtation became a relationship. By 1982, he had left Gladys and married Donna.

“He was unfortunately so madly in love with Donna and taken by her for some reason. She tore our family apart,” said Amy.

Frank and Donna relocated to Florida where they had two children and started a successful real estate business flipping houses. But in 1996, that business landed them in legal trouble. Illegal real estate ventures resulted in their extradition to Puerto Rico for arrest.

“Frank and his wife, Donna, had been involved in some sort of scam in Puerto Rico in regards to some phony mortgages,” former New York State Police Investigator James Horton explained to “Snapped.”

Frank spent seven months in a Puerto Rican prison as a result. His marriage suffered while he was incarcerated and soon after his release, he and Donna separated. Frank then moved to Middleburgh, New York, with the couple’s 12-year-old daughter while Donna stayed in Florida with their 4-year-old son.

Back in the Empire State, Frank reconnected with his children and began dating a woman named Nicole. Donna remained in Florida, living on a 40-foot yacht with her new boyfriend, Cary Wayne McKinley, age 28.

But then, late on the night of May 12, 1997, a woman called 911 in Middleburgh. She said Nicole had showed up at her front door claiming Frank had been murdered.

“She said someone walked in the room, pulled a handgun out,  shot Frank, turned around, and walked out,” former New York State Police Investigator Jack Murray told “Snapped.”

Investigators found Frank lying in bed, dead from a flurry of gunshot wounds. Besides .40-caliber bullet casings on the floor, there was little evidence.

Nicole said Frank was on the phone with his mother when an intruder, a shorter man, entered the bedroom.

“The shooter said, ‘This is your lucky day,’ at which point she thought this was a joke, and I guess Frank did as well. Then she heard metal, which was the shooter pulling back the slide on the automatic and the chamber in the round and fired off four shots. All of them hit Frank,” said Horton.

Neither Nicole nor Frank's daughter saw the shooter’s face.

Investigators spoke with Donna, who claimed she was hours away visiting at her mother’s Yonkers home at the time of her ex-husband’s murder. Her mother corroborated her alibi.

RELATED: Man Was On Phone With His Sister When His Girlfriend Shot Him To Death

When asked who might have killed Frank, Donna suggested it was victims of his real estate scams back home.

“During that he had made off with some significant money and she believed it was a Puerto Rican hit squad that came up to kill Frank over the money that he owed them,” said Murray.

That line of investigation soon hit a dead end.

Then, neighbor John Giakoumakis told investigators that on the morning of the murder, he witnessed Frank and Donna arguing over the custody of their daughter.

“[Frank] was intending to move to Long Island with their 13-year-old daughter and it became evident quite early on that Donna was very unhappy about that,” said  Lavallee.

Giakoumakis later called Donna out of concern. She told him Frank was “going to pay,” and in the background he overheard a male voice say he was going to “blow his [expletive] brains out,” according to Oneonta’s Daily Star newspaper.

Frank’s family told investigators that Donna had cheated on her husband numerous times and that he felt threatened by her.

“She wasn’t a good person. She was cheating on him forever. She was bringing guys around in front of his face. She had him under her spell,” said Amy. “He told me he thought Donna was going to kill him.”

The day after Frank’s murder, investigators spoke again with Donna at her mother’s home in Yonkers. When confronted with the allegations against her, she claimed Frank had threatened her boyfriend and that she hired two men to rough him up.

“She said, ‘I didn’t tell them to shoot him, I told them to just go up and beat him up a little bit,'” said Murray.

Following her statement to police, Donna Arroyo was arrested and charged with felony second-degree criminal facilitation, according to The Daily Star. Donna refused to tell investigators the names of the men she claimed to have hired to assault her husband.

A Florida attorney later contacted authorities and claimed his client would tell them who killed Frank in exchange for immunity. The witness’ name was Steve Hannam, and he was a co-worker of Donna’s boyfriend, Cary McKinley. When McKinley said he was going to see his girlfriend in New York, Hannam offered to drive, never having been to the city before.

On their way out of town, McKinley told Hannam they were also bringing his half-brother, Daniel Edwards, 26. Donna called McKinley repeatedly during the drive up, telling him about her fight with Frank. The three men arrived in New York on the evening of May 12 and got a hotel room 40 minutes from Middleburgh. Donna arrived shortly thereafter and discussed doing something about Frank with McKinley and Edwards.

Hannam offered to drive them to Middleburgh but told investigators the discussion went from intimidation to murder.

“That’s when the guns came out …[Hannam] said that Cary had handed it to his half-brother. Daniel and Donna said, ‘Now remember how I told you to do it. Shoot him in the head. I want him to make it look like a Puerto Rican hit,'” Horton told "Snapped."

After arriving at Frank's home, Edwards got out of the vehicle while the others drove around the block.

“Eventually, once they came around, Daniel was out front by this time and he got in the car and they asked him what happened and he said, ‘It’s all done. I took care of it,'” said Murray.

Afterward, Donna and Cary went back to her mother’s home in Yonkers while Edwards and Hannam began the drive back to Florida. Edwards later threw the murder weapon in New York’s Hudson River.

New York investigators traveled to Florida. When they arrested Edwards, he told them, “I was expecting you guys to show up,” according to Horton. McKinley was also arrested.

McKinley told investigators he was in love with Donna and that she had told him her ex-husband was abusive and was going to abduct their daughter.

"She told Cary that Frank had ordered a hit — in other words, a contract on Cary’s life,” said Horton.

McKinley admitted supplying the murder weapon and confirmed Hannam had no part in the murder.

In his interview with investigators, Edwards said "he wanted to watch his brother’s back,” according to  Horton.

Like McKinley, he believed Donna’s claims that Frank had taken a hit out on McKinley and that they had no other recourse than to kill him.

Daniel Edwards and Cary McKinley were subsequently charged with murder. Donna Arroyo’s charges were upgraded to murder in the first degree.

Donna Arroyo and Daniel Edwards both pleaded guilty to murder and were sentenced to 25 years to life in prison, according to The Record newspaper in Troy, New York. They were released in the spring of 2022.

Cary McKinley was acquitted of the charges against him, according to The Record. He died in 2008.