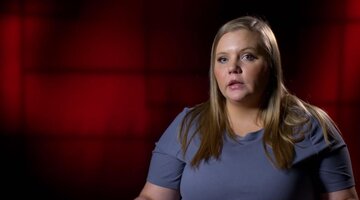 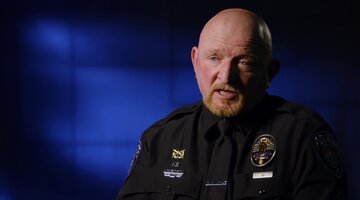 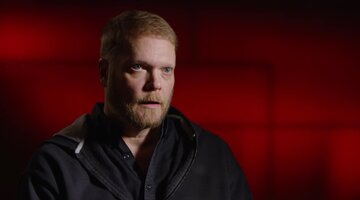 Family meant everything to Michael Agerter. He was a proud new father and close with his siblings — then, he was on the phone with one of them when he was murdered by the mother of his child.

Michael Agerter was born in 1985 in Valparaiso, Indiana, the oldest of four children.

“Michael was always caring and really passionate. He was my role model and I think that rubbed off on me,” brother Nicholas Agerter told “Snapped,” airing Sundays at 6/5c on Oxygen.

In 2002, the Agerter family moved to Urbana, Ohio, where Michael played high school football. After a year of college, Michael decided to go into the workforce and entered the world of banking. In 2010, at the age of 25, moved to Phoenix, Arizona, where he took a job with Wells Fargo Bank. Fellow Buckeye Christopher Grindey moved to Arizona a year later. He and Michael got a place together in Tempe.

Romance occurred in Arizona, too: Michael met 28-year-old Kathryn Sinkevitch in 2013 through an online dating service. The pair immediately clicked.

“I think one of the things about Kathryn was that she was a little bit daring to try things. One of their first dates they went skydiving,” father Mark Agerter told “Snapped.”

After dating for several months, Michael brought Sinkevitch to Ohio to meet his family.

“She seemed like she could be a good person for Mike,” sister Marlie Agerter told “Snapped.”

Sinkevitch moved in with Michael and Grindey in 2013, and two years later, they got their own place together. Things were going well: The pair adopted a dog, Darwin, together, and Michael also helped Kathryn transition into the insurance industry.  Then, the spring of 2016, Michael told his family Sinkevitch was pregnant. The family was happy to hear the news.

Throughout Sinkevitch’s pregnancy, however, the couple began to quarrel. Though Michael was excited to become a new dad, he eventually moved out, getting a place 30 miles south in the town of Maricopa.

On the afternoon of December 16, 2016, gunshots shattered the quiet of Maricopa’s suburban sprawl.

“When the first units got on the scene they observed the house with an open garage door and a Lexus sedan that was running,” Maricopa Police Sgt. Michael Dennison told “Snapped.” “One of the officers could see wounds on the head and blood coming out and shattered glass on the driver’s side of the car.”

The victim was deceased. The driver’s license in his wallet identified him as Michael Agerter, aged 31 .

Witnesses in the area recalled hearing the gunshots and seeing a white van parked in front of Michael's home. Surveillance footage from his residence showed a hooded figure wearing all black running from a white van toward his home as his car pulled into the garage, according to the Arizona Daily Independent newspaper.

“And then approximately 11 seconds later, the subject is seen running away. In that 11 seconds, Michael was executed,” said Dennison.

Authorities contacted Michael's family in Ohio. His sister Marlie told police she was on the phone with him when he was murdered.

“I was talking to Mike through the Bluetooth in his car. He had asked me to hold on, to switch over to the phone instead of the car, and the next thing was, he said, “Holy s--t!” And I heard three gunshots and then I didn’t hear anything. I knew there was something wrong,” said Marlie.

Investigators traveled to the town of Mesa to speak with Kathryn Sinkevitch. Parked in the driveway next to her own vehicle was the same white van seen at the crime scene.

The van belonged to a co-worker of Sinkevitch’s. Sinkevitch told investigators that she and the co-worker were at work all day, and claimed she got home at 5 p.m. When pressed, she said she wouldn’t answer any more questions without a lawyer present.

The coworker corroborated Sinkevitch’s version of events. She said she was at work all day besides going out to pick up lunch. While both women were released from custody, investigators seized the vehicle.

Michael’s loved ones told investigators that while Kathryn initially seemed like the perfect match for Michael, she soon exhibited a darker side. She was controlling and jealous, at one point accusing him of having an affair with his own sister, and was verbally and physically abusive, they claimed.

“She had knocked him out two or three different times. She had headbutted him,” alleged Marli.

“He tells me that, ‘She just bit me. I had to get stitches,'” friend Christopher Grindey told “Snapped.”

Eight months before his murder, Michael and the dog had moved to Maricopa, enraging Sinkevitch. She hired a private investigator to find out where he lived and later stole the dog back.

In April 2016, Michael obtained an order of protection against Sinkevitch, according to the Associated Press. He installed a video camera in front of his home to document her harassment. Following the birth of his son, Michael petitioned for visitation and sought to codify his parental rights. In court, however, Sinkevitch alleged that Michael wasn’t the baby’s father.

“The family court judge determined that there would be DNA testing,” said Dennison.

According to Marli, Michael was returning from taking his DNA test at the time of his murder.

Security video from the building where Sinkevitch worked showed the coworker's van leaving around 12:30 p.m. on the day of the murder. It returned at 3:19 p.m., according to the Arizona Daily Independent. Michael was murdered at 2:30 p.m.

Security key swipes indicated the co-worker had left the building during the period the van was gone. However, security camera footage revealed it was actually Sinkevitch using the woman's keycard.

Investigators also learned that Sinkevitch’s cell phone was turned off during the time of the murder. Her work computer showed that she had searched for instructions on how to make her phone untraceable.

Investigators confronted the coworker with proof that Sinkevitch had used her keycard and vehicle to create an alibi. She said they had bonded over their relationship problems and that Sinkevitch was determined not to allow Michael any access to his son.

The coworker agreed to call Sinkevitch with law enforcement listening in. She said police were trying to implicate her in the murder plot in order to get Sinkevitch to talk, but Sinkevitch remained unfazed.

“All Sinkevitch would sit there and say was, ‘They can’t prove that if I did or did not do this,' and she finally disconnected from the call,” said Dennison.

Maricopa Police went to arrest Sinkevitch at her home but found she and the baby were on the run. She later asked a coworker if she could stay with him, but concerned for his own safety, he notified authorities ,who rushed to his home and took her into custody.

"It did come back and show that there was significant gunshot residue in the mini-van,” said Dennison.

Paternity results would later confirm Michael was the father of Sinkevitch's son. He is currently being raised by Michael's parents.

On May 7, 2019, Kathryn Sinkevitch was found guilty of first-degree murder and sentenced to life in prison without the possibility of parole, according to the Maricopa Monitor newspaper.