Sign Up for Free to View
What Happened to Linda Jo Stingley? 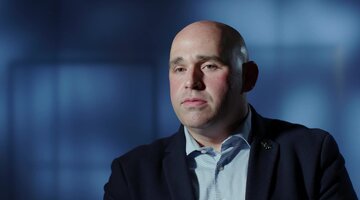 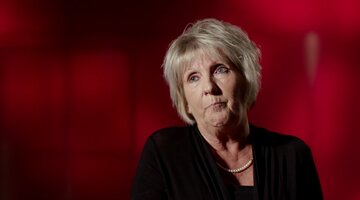 2:57
Exclusive
A Murderer Pleads Guilty In The Case Of Linda Jo Stingley 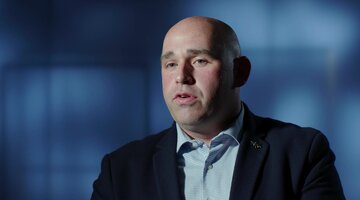 Friends and family say Linda Jo Stingley would have done anything for her loved ones.

“My daughter was friends with everybody. She didn’t have anything much but if she saw somebody in need she’d try and help them,” her mother, Jo Canada, told Oxygen’s "Snapped," airing Sundays on Oxygen at 6/5c.

At the top of Linda’s priority list were her five kids — but tragically it was one of her own children that would brutally murder her.

Born Linda Jo Canada, Linda grew up in a tight-knit, church-going family in Oklahoma. She married young and started a family at age 17, which resulted in two children. She and her husband would divorce after five years.

Linda then found a second husband, a man named Jerry Stingley, and had three children with him. Again she was divorced, though, this time after 13 years.

Despite being a single mother of five, Linda went back to school and got a nursing degree. She liked working with the elderly and got a job at Eagle Mountain Assisted Living Center in Batesville, Arkansas, where she and her family lived.

"She was a really nice lady and everybody liked her," Linda's boss, Ted Hall, told Jonesboro, Arkansas ABC/NBC affiliate KAIT.

Linda worked long hours, so her children were expected to look after each other and help out around the house. Her daughter Jerrie Lynn Acklin often picked up the slack while her mother was at her job.

Born in 1973, Acklin was Linda’s fourth child and second daughter. “She was just a normal child,” Canada told producers of her granddaughter, “but was very belligerent about ‘I’m gonna do what I want to do and you can’t tell me what to do.'”

This sentiment about Acklin was shared by others in Linda's life.

“[Acklin] was a little bit of a tomboy. A little bit hot-headed. She talked back a lot,” Linda’s friend Angelee Snapp told producers.

As a teenager, Acklin began to rebel against her family. She and her mom fought often. But when Acklin got pregnant at 19, it was her mom who she turned to for help. After her son Dalton was born, Acklin found she wasn’t equipped to be a mother, so Linda took over raising him.

On the afternoon of June 3, 2014, nurses at Eagle Mountain were alarmed when Linda missed her shift. “Miss Stingley never missed work,” prosecutor Eric Hance told producers. “Her co-workers were worried about her.”

The Independence County Sheriff’s Office was notified and deputies were sent to Linda's home to perform a wellness check. Her car was still in the driveway, but her purse was missing. There were no signs of a struggle and nothing was out of place.

A neighbor came forward and told police there had recently been a series of robberies in the neighborhood. She also said she had seen a suspicious maroon car behind the Stingley house and had written down the license plate.

Investigators ran the plates and learned the car belonged to Acklin. Authorities contacted Canada, who told them her granddaughter had hit a bad stretch and was currently without a permanent address.

“She stayed at her son Dalton’s and she set a fire in the closet there, and that’s when he came up to our house and he told me, he said, ‘I don’t know what’s wrong with Mom but something is,'” Canada told producers.

Authorities tried to contact Acklin but couldn’t track her down. Family members were also unable to locate her. Investigators began to worry something had happened to both mother and daughter.

Suspicion turned to Linda's youngest son, Corey Stingley, who had recently been released from prison. “The prosecutor's office and law enforcement were familiar with Corey Stingly. He had been in trouble down through the years,” Hance said.

Corey was brought in for questioning and asked about his whereabouts on the day his mother disappeared.

“He had the best alibi you could have. He was actually incarcerated in another jurisdiction in their jail at the time,” former Independence County Sheriff’s Investigator Brian Luetschwager told “Snapped.”

Canada subsequently contacted police to tell them Acklin had called her. She claimed she was out of the state but had heard her mother was missing and had no idea where Linda was.

But on June 4, authorities from 120 miles away in Bryant, Arkansas, got in touch with the Independence County Sheriff’s Office. They notified them that Linda's wallet had been found in a dumpster in town, so authorities looked at her bank accounts for activity.

“They kind of had a trail all the way from Batesville down to Bryant, Arkansas, so we stopped off at all of those places to see if we could get any kind of video and what kind of evidence we could get,” Luetschwager told producers.

When they reviewed security cam footage, they saw Acklin using her mother’s bank cards to buy gas and cashing checks out of the woman’s bank account.

Authorities also learned there were felony warrants out for Acklin’s arrest. “At some point prior to this time she was working as a home health nurse or home health aide and the allegations were that she had forged a check or checks on one of her client's accounts,” Hance told producers.

On June 4, a patrol officer in Bryant found Acklin’s car parked in a Walmart parking lot. Moments later, she came out of the store and was taken into custody for questioning.

Acklin initially claimed innocence before trying to blame the murder on a man she was dating. But when confronted with the evidence against her, she admitted to killing her mother in a fit of rage.

“She had gone to her mother’s house just looking for a place to stay and her mother wouldn’t let her stay there and they got into it,” Hance told “Snapped.”

The fight quickly escalated, with Acklin accusing her mother of not doing anything for her. Then she picked up a car jack that was on the floor and hit her mother with it. Linda got up and slapped her daughter across the face — then Acklin hit her with the jack again and again.

Acklin then finished her mother off by stabbing her several times with a kitchen knife.

Following her confession, Acklin was arrested and charged with first-degree murder. Linda's badly decomposed body was later found in the woods near Malvern, Arkansas, according to Little Rock CBS affiliate KTHV.

In May 2015, Acklin pleaded guilty to murder, burglary, and theft charges and was sentenced to 56 years in prison, according to the Arkansas Democrat-Gazette.

Now 47, Acklin is currently incarcerated at Wrightsville Women's Facility. She will be eligible for parole in March 2040, when she is 66 years old.

For more information on this case and others like it, tune in to "Snapped" on Oxygen on Sundays at 6/5c or stream any time on Oxygen.com

Calling All True Crime Fans
Oxygen Insider is your all-access pass to never-before-seen content, free digital evidence kits, and much more!
Sign Up for Free
All Posts About
Crime TV
Family Crimes
Related