Sign Up for Free to View
Who Was Randy Sheridan? 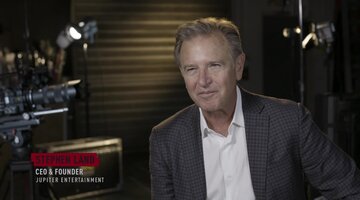 6:17
Behind The Scenes Of 'Snapped' | Snapped Highlights Oxygen 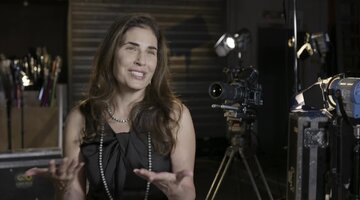 Mikel Dreiling now admits he shot Randy Sheridan, the father of his niece.

On the afternoon of Dec. 22, 1992, Sheridan was murdered while jogging near his home in Junction City, Kansas. An autopsy revealed Sheridan was shot five times with what appeared to be a 12-gauge shotgun, according to court documents. The first three shots were consistent with having been fired from a car window. Then, the killer got out of the car and shot Sheridan twice in the head at point blank range.

Dana Flynn, the mother of his daughter, Ashley, as well as Dana's younger brother Mikel Dreiling were found guilty of killing Sheridan and sentenced to life in prison. Authorities believed Dana drove the car while Dreiling shot him. Also complicit in the crime was Pastor Jerry A. Rollins, whose church the pair attended.

Dreiling was released on parole on Oct. 16, 2019, having served 23 years in prison. Now, he's ready to speak out about his crime.

In an exclusive interview with Oxygen's “Snapped,” airing Sundays at 6/5c, Dreiling shared new details about the murder and how his family fell under the sway of Rollins, who he likens to a cult leader.

“The irony is, when you’re in a cult you don’t know it,” Dreiling told “Snapped.”

The blue-collar Dreiling family was “a traditional Catholic household,” in Dreiling's words. However, when Dana and husband Steve Flynn started attending the Pentacostal Fountain of Life church in Salina, Kansas, he and his parents followed suit.

The church was led by Jerry Rollins, who sometimes spoke in tongues and told parishioners he received prophecies directly from God.

“Jerry was charismatic,” Dreiling explained. “He made people feel special and unique ... My family was lower middle-class, very common, but Jerry had a way of making them feel like God looked at them with particular favor and was really going to bless them.”

After serving in the military and receiving a medical discharge, Dreiling found himself back home in the spring of 1991 and spent time with his family. His sister Dana’s marriage had fallen apart, and she found comfort in the company of Rollins.

“I can see the indicators now that it was more than just a pastor-parishioner relationship,” Dreiling said. In fact, Rollins’ wife, Lee Anna, accused him of having an affair with Dana — she had found receipts for sex toys that Rollins had purchased and sent to Dana, and so she divorced him soon after.

Dana was now involved in two bitter custody disputes: one with Steve Flynn, with whom she had a son, and another with Randy Sheridan, with whom she had a daughter. Dana even accused Sheridan of sexually abusing their daughter, Ashley, claims which were investigated and refuted by law enforcement and social services.

“Dana had several conversations with me about Randy sexually abusing Ashley. I think she wanted to reinforce that idea with me and keep reinforcing it a few times to where it would build up and finally you know it would make me feel like something had to be done,” Dreiling said.

Rollins, meanwhile, denounced both men from the pulpit of his church.

“Randy was demonized more and more as time went on. That created, I think, a thought in people’s minds that he was less than human or if something were to happen, it really wouldn’t be a loss,” Dreiling said.

In the fall of 1992, Dana asked her brother to show her how to use a shotgun. “The weapon was Jerry’s. I don’t know where he got it but it was his that he had given Dana and I to use,” Dreiling told producers.

She also revealed there was a dark reason she needed to know how to shoot.

“Dana wanted to kill Randy. That was the solution to her problem with Ashley being molested, or, supposedly being molested,” Dreiling said. “I couldn’t know for sure but it might have been the plan for her to kill him by herself and then they [Dana and Rollins] adapted the plan or changed it at some point and included me.”

After Dana asked Dreiling to help murder Sheridan, Dreiling said he was conflicted. Believing it contradicted his religious beliefs he sought Rollins' counsel.

“I arranged to meet with him and have a private conversation with him without Dana there. He said, ‘Let’s pray about it,'” he explained. After prayer, he said, Rollins told him, “I believe God wants this to happen."

“Ultimately, it was Jerry’s persuasion and persistence that convinced me to perceive that as a righteous thing to do and agree to it,” Dreiling told producers. “I mean, the way it was done was textbook for cult doctrine.”

Originally, Dreiling said, he and Dana planned to murder Sheridan on the evening of Dec. 20, 1992, but the plan changed when they realized Sheridan wasn't alone that night. Sheridan lived with girlfriend Judy Junghans and their young daughter, who were home at the time.

"Dana said that everybody had to be killed because there can’t be any witnesses,” Dreiling explained. “That’s when I changed my mind and ran because I couldn’t do that.”

Sheridan’s murder was postponed until Dec. 22, 1992. Dana called Dreiling that morning and told him it was the day. They went over to Sheridan’s home that afternoon.

“We arrived and we saw him jogging on the road. Dana said, ‘Well, there he is, that’s the sign that we’re looking for,'" Dreiling told producers. “You know, ‘God wants this done.'”

Dana stopped the car, which caught Sheridan’s attention and he began walking towards them. “That’s when Dana told me, ‘Now! Now!” Dreiling said.

Dreiling let off three shots, each making contact with Sheridan, the last one knocking him to the ground. “When Randy fell down, that’s when I stopped,” Dreiling insisted. “The gravity of it really started to sink in to me at that time, just how wrong it was.”

Despite being seriously wounded, Sheridan was still alive. Dana told her brother to finish him off, but he refused. “I don’t remember saying anything so she took the gun from me and went over and fired the last two shots,” Dreiling said. Later he helped her dispose of the murder weapon.

Dreiling claimed at the time of his arrest, he still believed Sheridan was “a bad person.” The truth was later revealed when he and his sister went on trial together for Sheridan’s murder. “I realized Dana and Jerry would lie about anything to get their way about whatever they wanted done,” Dreiling told producers.

Dreiling said he can never make amends for his crime, but hopes his “willingness to be open and honest” about Sheridan’s murder can bring some solace to his family.

Dana Flynn remains in prison with her earliest possible release date being Jan. 2022. She maintains her innocence and claims she and Jerry Rollins were never romantically involved.

“I know that Dana still claims that she’s innocent and didn’t have anything to do with this,” said Drieling incredulously. “I don’t understand, why not tell the truth at this point?”

To learn more about the case, watch Oxygen’s “Snapped,” airing Sundays at 6/5c on Oxygen or on Oxygen.com.