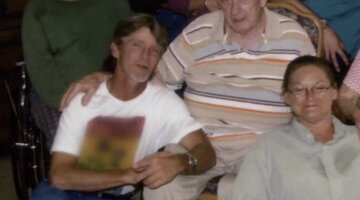 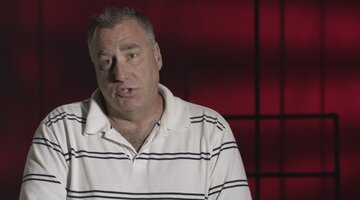 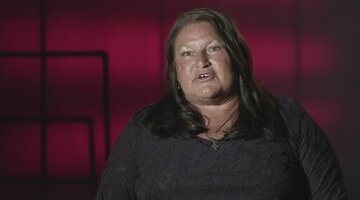 To family and friends, Doug Bailey was a joy to be around. Girlfriend Rose Kuehni, however, claimed he was a scary man, verbally and physically abusive —and used that as a justification to kill him.

Born in 1964, Douglas Leroy Bailey was the youngest of 11 children. “He was just loved by everybody. He was a character even when he was in diapers,” his sister Lisa Elwell told Oxygen’s “Snapped,” airing Sundays at 6/5c.

Bailey dropped out of school at age 15 to work at the sawmill his father owned. The business later relocated to Florida, then Iowa, with Bailey and his family following each step of the way. By 2009, Bailey was living in Fort Madison, Iowa. He had been married and divorced and had three sons from two different women. That summer, he met Rose Marie Kuehni, who was visiting her grandmother.

Kuehni taught construction management as an adjunct professor at the University of Minnesota. She was well thought of by students and faculty alike, local outlet The Minnesota Daily reported in 2016. Bailey and Kuehni began dating, and he moved to the Minneapolis metropolitan area to be with her. After a couple years together, they held a special commitment ceremony attended by family and friends.

All seemed to be going well — until a November day changed everything.

On Nov. 26, 2015, the Bailey family gathered in Pekin, Illinois to celebrate Thanksgiving. Bailey and Kuehni were expected to make the trip down, but were unusually late.

“He said he was at the World’s Largest Truck Stop around 12-something, I think it was, and it only takes two hours to get from the truck stop to our house in Illinois,” Bailey’s sister Sheila Dockery told producers.

“I called Rose and that’s when she told me that Doug and her got into an argument and Doug got out of the pickup truck and started walking,” Elwell explained to producers.

The tight-knit Bailey clan sensed something was wrong and called police, who said they had to wait 48 hours to file a missing persons report.

Finally, after four days, a missing persons report was filed and investigators got to work. Detectives with the Peoria County Sheriff’s Office contacted Kuehni, who told them the same story she had told the Bailey family.

“Rose said that during the argument she stopped, Doug got out, and took off,” Peoria County Sheriff’s Detective Dave Hoyle told producers. “She said that she just left and drove around for a few minutes and then came back because she was going to pick him up but that when she came back she couldn’t find him.”

Apparently, the fight was over an affair. Dockery had previously told investigators Bailey had been having a relationship with a woman from Illinois named Brenda Hughes.

A week earlier, Hughes had posted a photograph on her Facebook page of her and Bailey kissing. Bailey had even told family members he was thinking of bringing Hughes to Thanksgiving dinner, but later texted them, “I can’t leave my Rose,” the Peoria Journal Star newspaper reported in 2016.

“Rose explained that they got in a fight because he was leaving her for another woman, which was Brenda,” Peoria County Sheriff’s Captain Chris Watkins told producers.

Detectives asked Kuehni to come back to Illinois to help their search efforts, but she refused.

“Rose gave the excuse that she didn’t have money for gas. That’s when the red flags really started coming out,” Watkins told “Snapped.”

Investigators then traveled to the World’s Largest Truck Stop in Wolcott, Iowa, which is where Kuehni claimed she and Bailey had stopped for gas — but surveillance footage showed Kuehni was traveling alone. In the bed of her pickup truck were two large boxes.

"At that point Detective Watkins and I both said to each other, ‘I bet that’s Doug. I bet Doug’s in that box,'" Hoyle told producers.

Detectives' next stop was clear: Prescott, Wisconsin, where Kuehni and Bailey shared a home. They obtained a search warrant and confronted her outside her house.

“I said, ‘Rose, do you want us to find Doug?’ and she looked at me and said, ‘No. No, I don’t want you to find him,'" Hoyle told producers. “Just in her demeanor and the way of talking to her, I knew Doug was dead and that Rose had something to do with it.”

Kuehni was taken in for questioning at the Pierce County Sheriff’s Office. She told detectives that on the night of Nov. 22, Bailey tried to violently force her to have sex with him, so she ran upstairs and locked herself in a closet, at which point he began threatening to murder her family.

“I’m standing there and I’m scared,” Kuehni told detectives on the videotaped confession obtained by “Snapped.” “I saw the shotgun laying behind the clothes and I picked it up and walked into my room. And he had this look. And he called me a bitch and told me to get on my knees. And I fired the gun.”

Kuehni claimed she shot Bailey once in the side, at which point he charged her.

“And I fired again,” she told detectives.

Knowing her son was coming home soon, Kuehni said she wrapped Bailey’s body in a sheet and dragged it down the stairs, where she put him in a box. The other box contained his personal belongings.

Over the next several days, Kuehni pretended to be Doug, making suicidal posts on his Facebook page and texting Hughes and his family.

“This is Douglas Leroy Bailey, aka ‘Hillbilly,’ signing off. It’s been a good run but my days are done,” read one post on Bailey's page the afternoon he went missing.

Then, after four days, Kuehni contacted a friend named Clarence Hicks, who disposed of the boxes without asking any questions.

“I did not tell him what was in the boxes and he said he would take the boxes and put them somewhere where nobody would find them. I do not know where they are,” she said in her video confession.

Kuehni was arrested and charged with first-degree intentional homicide and hiding a corpse, CBS News reported at the time.

Authorities then contacted Hicks, who was cooperative and forthcoming: “Clarence did tell the troopers that interviewed him initially that he and Rose had a sexual relationship for the past couple years,” Hoyle told producers.

However, he insisted he didn't know what was in the boxes when he disposed of them.

Based on Hick’s information, Bailey’s badly decomposed body was found in Bell County, Kentucky on Dec. 9, 2015.

“The body was in a box, apparently down the side of a ravine or mountainside,” Prescott Police Chief Gary Krutke told Minneapolis CBS affiliate WCCO at the time.

Hicks was charged with hiding a corpse, according to Lexington, Kentucky ABC affiliate WTVQ. He would later plead guilty, but serve no time.

Kuehni, however, went on trial for the murder of Doug Bailey in August 2016, where she insisted the killing was self-defense. While Kuehni detailed what she claimed was physical and sexual abuse at Bailey’s hands, the prosecution presented emails between Kuehni and Hicks where she said she thought of “ways to take his life” without getting caught, the website RiverTowns.net reported in 2016.

But at the conclusion of Kuehni’s trial, she was found guilty of hiding a corpse — but not guilty of first-degree intentional homicide. The jury also couldn’t reach a verdict on the lesser charge of second-degree homicide.

Before she could be retried for murder, Kuehni pleaded guilty to aggravated battery. She was sentenced to 10 years probation with a condition of one year in jail but was credited for 277 days served.

Bailey’s family continue to insist the charges of abuse against him are false.

“[Rose] loved Doug, literally, to death. I believe she did this because Doug was actually going to leave this time and she was going to lose him,” Dockery told producers.

To learn more about this case and others, watch "Snapped" airing on Oxygen on Sundays at 6/5c or stream episodes any time at Oxygen.com.

Man’s Lover Shoots Him And His Mom In Rage