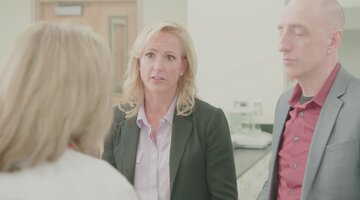 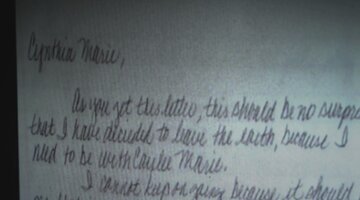 During Casey Anthony’s trial for the murder of her 2-year-old daughter Caylee Anthony, prosecutors claimed Casey had delayed and hindered the investigation. Casey was acquitted on charges of first-degree murder, manslaughter and child abuse, but convicted of lying to law enforcement officers, according to The New York Times.

Because Casey lied about the last day she saw Caylee alive and failed to report her missing for 31 days, the prosecution contended Casey wasn’t concerned about what had happened to her daughter.

Casey’s defense team claimed she didn’t report Caylee’s disappearance because she had been raised to hide the truth. Defense attorney Jose Baez alleged in his opening statement that Casey’s father, George Anthony, had sexually abused Casey and had forced her to keep quiet about it.

Baez told jurors, "Casey was raised to lie. [...] She could be 13 years old, have her father's penis in her mouth, and then go to school and play with the other kids as if nothing ever happened.”

When George took the stand, he denied sexually abusing Casey.

"I would never do anything like that to my daughter," testified George.

On Saturday, May 19 at 8/7c, Oxygen will revisit the shocking investigation and trial in a new series, “The Case of: Caylee Anthony.” With a team of investigators and forensic experts, former New Scotland Yard criminal behavioral analyst Laura Richards and former NYC prosecutor and retired FBI supervisory special agent Jim Clemente will reassess the evidence regarding what may have happened to Caylee Anthony.

In an interview with Oxygen.com ahead of “The Case of: Caylee Anthony” premiere, Richards explained she was most interested in digging into  Casey’s behavior to discover why she had fabricated so much information to the police.

Richards told Oxygen.com, “Just because somebody lies or doesn’t tell the truth, that doesn’t necessarily make them a bad person. But it’s important to understand, what purpose does that lie serve?”

Richards said that people who go through traumatic experiences react in different ways, and because of that, it could explain why Casey acted the way she did when Caylee disappeared.

“Through trauma, if you’ve experienced trauma in your life, then there’s no real normal way of behaving. [...] I had some questions about that. [...] Was there trauma in her life? Did somebody do something to hurt her or harm her? Did it change the way that she started to interact with people?” asked Richards.

Calling All True Crime Fans
Oxygen Insider is your all-access pass to never-before-seen content, free digital evidence kits, and much more!
Sign Up for Free
All Posts About
Casey Anthony
Related Show