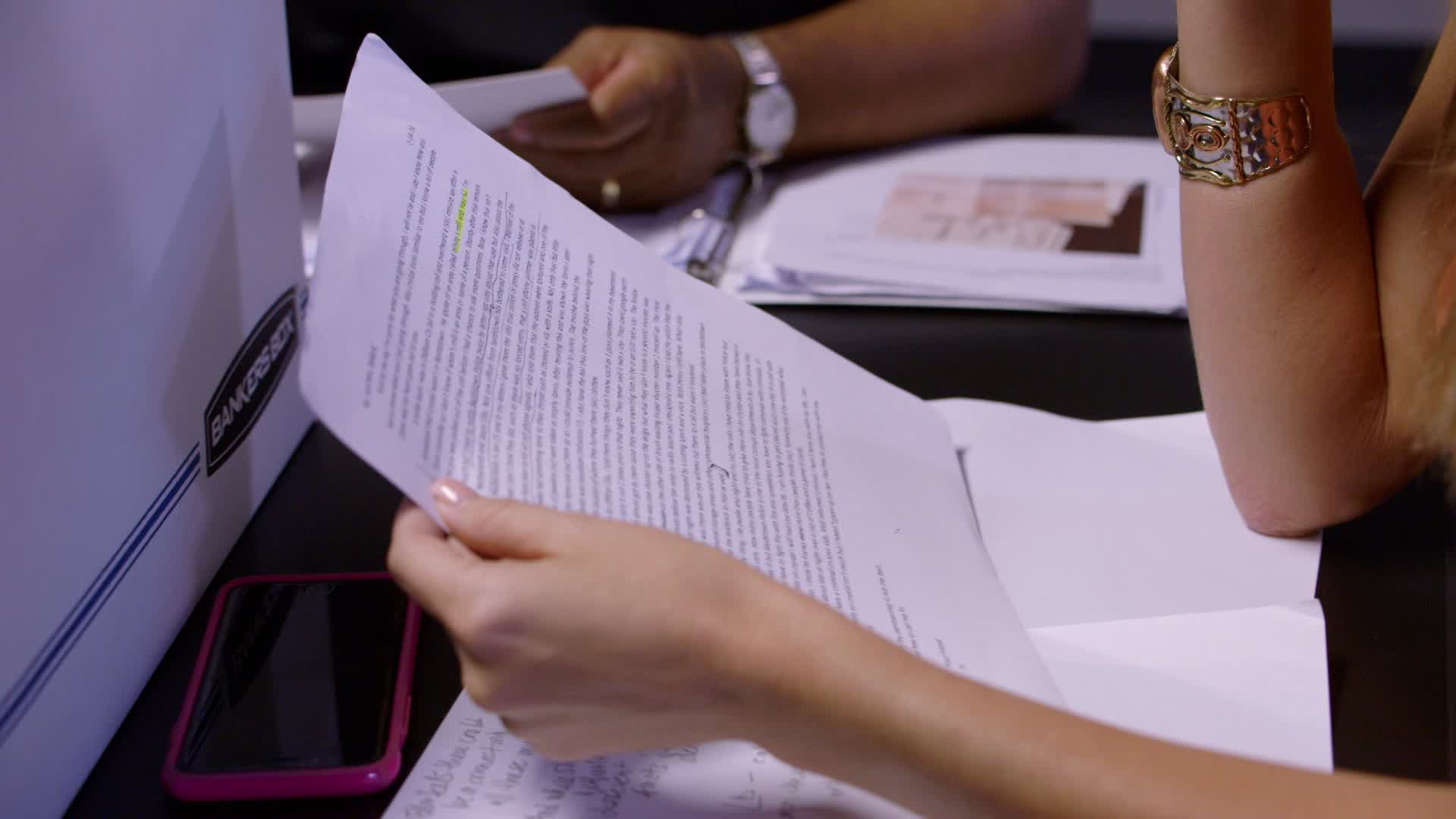 In the finale of Oxygen's docu-series "The Disappearance of Crystal Rogers," reporter Stephanie Bauer and retired homicide detective Dwayne Stanton spoke with an anonymous prison inmate who relayed previously unheard of claims about the Crystal Rogers case, including his allegation that Rogers’ remains were destroyed in an arson fire.

During a phone conversation with Bauer, the inmate said he knew of "a garage or some kind of structure that had been burnt down" near White Mills, Kentucky.

He also said, "I was told that, you know, that she was cut up and the building was burnt to destroy evidence."

The inmate said he even visited the site in 2016.

He went on to say that after Rogers was killed, her car was planted on the Bluegrass Parkway, which is also a theory that Rogers' brother, Casey Ballard, shared with Bauer during the first episode of "The Disappearance of Crystal Rogers."

Though the inmate's claims have yet to be substantiated by law enforcement, Bauer and Stanton opened their own inquiry into the details he provided and visited the site where Rogers's remains were allegedly destroyed. There were ashes at the site, suggesting that a structure had been burned down like the inmate claimed, and Bauer and Stanton were able to confirm that multiple fires occurred at the location, starting in June of 2016, almost a year after Rogers went missing.

"Our inmate's claim that her body was taken to the garage and the garage was later burned down to destroy the evidence could be true," said Stanton.

As a previous "higher-up" member in unspecified "organizations," the inmate told Bauer that many people confided in him about criminal activity, including the details of Rogers' disappearance as well as two other unsolved murders in Bardstown, Kentucky — the fatal shooting of 33-year-old Bardstown Police Officer Jason Ellis and the double-homicide of 48-year-old Kathy Netherland and her 16-year-old daughter, Samantha. The inmate said he spoke with law enforcement about the information, but "they turned it around" on him and allegedly wanted him to confess to at least one of the killings.

The inmate said he refused to implicate himself and cut off communication with authorities. He also explained that by trying to connect him to the murders, he believed police were attempting to stop him from disclosing what he knew.

Bauer and Stanton later met with Kentucky State Police Sgt. Ryan Johnson and Detective Jon Snow of the Nelson County Sheriff's Office to try to corroborate the inmate's information. Both Johnson and Snow urged the inmate to come forward, and shortly after, the inmate reached out to authorities. Kentucky State Police have said they are looking into his claims. Police have released no further details regarding the Crystal Rogers case.

To learn more about the Bardstown murders, watch "The Disappearance of Crystal Rogers" on Oxygen.

Inmate Says He Has Information About Crystal Rogers