Sign Up for Free to View
Who Killed The Forgotten West Memphis Three? 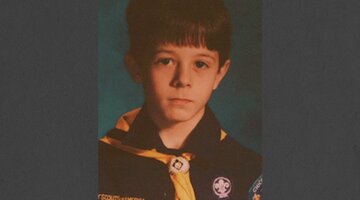 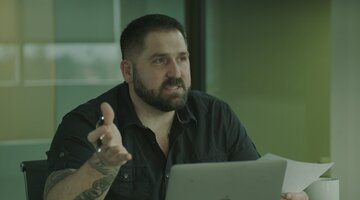 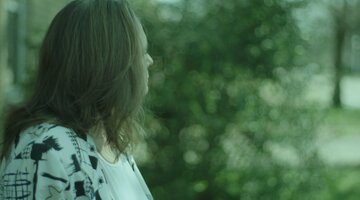 It’s a case built on a shoddy confession and community bias, and includes allegations of Satanism, sexual abuse and mutilation. To this day, it inspires fierce debate and accusations of guilt, while the facts and evidence remain contested.

What’s known is that three young boys were murdered in West Memphis, Arkansas, in 1993. Three teenagers were arrested and convicted for the crimes. Two were sentenced to life in prison, and the third received the death penalty.

Following a series of documentaries that cast doubt on the investigation and law enforcement’s conclusion, high-profile supporters began to rally behind the imprisoned “West Memphis Three.”

In 2011, after almost two decades in prison, the West Memphis Three agreed to an Alford plea, which allowed them to proclaim their innocence while admitting the prosecution had enough evidence to convict them, and they were released from prison.

So, who is responsible for the murders of Stevie Branch, Michael Moore and Christopher Byers?

The debate rages to this day, and no one has a definitive answer. “The Forgotten West Memphis Three,” premiering Saturday, March 28 at 8/7c on Oxygen, looks back on the case and explores its persisting theories.

Located across from Memphis, on the west bank of the Mississippi River, West Memphis shares many problems with its more famous neighbor. Crime and poverty rates are significantly higher than the national average and the Bible Belt city ranked as the most the most dangerous in the state in 2018, reported USA Today.

Eight-year-olds Stevie, Michael and Christopher were best friends and Cub Scout members who attended Weaver Elementary School, where they were in second grade.

On the afternoon of May 5, 1993, the three friends were enjoying a warm spring afternoon outdoors. Stevie’s mother, Pamela Hicks, said the last time she spoke to her son, he asked for permission to go bike riding with his friends, according to Memphis NBC affiliate WMC-TV.

The following day, authorities launched an extensive search for the boys where they were last seen playing — a wooded area off Interstate 40 known as “Robin Hood Hills.”

Their bodies were discovered that afternoon in a drainage ditch. They were stripped naked and hogtied with their own shoelaces. Christopher’s cause of death was from "multiple injuries,” and both Michael and Stevie died from "multiple injuries with drowning,” according to local newspaper the Arkansas Democrat-Gazette.

Christopher had a fractured skull, and his genitals had been mutilated, which authorities believed was done by his killer. It also could have been the work of wild animals, according to The New York Times.

Investigators soon zeroed in on 18-year-old high school dropout Damien W. Echols. Echols lived in a trailer park and stood out in the conservative small town. He had a penchant for wearing all black, and he liked heavy metal music, horror and science fiction.

He also studied Wicca, which incorporates elements of paganism and witchcraft.

“He's like some wacko cult member," high school teacher Jim Ferguson told The New York Times at the time of the murders.

Echols’ friend, Jason Baldwin, 16, was subsequently wrapped up in the investigation, and a third teenager, Jessie Misskelley Jr., 17, also came under scrutiny. Like Echols, Misskelley was a high school dropout and was known for getting into fistfights and trouble around town, according to The New York Times.

Misskelley was brought in for questioning on June 3, 1993. He was held for 12 hours, during which he waived his right to a lawyer and eventually confessed to being involved in the murders. Misskelley also implicated Echols and Baldwin as his co-conspirators, resulting in their arrests.

His confession had numerous factual errors and inconsistencies, according to the Arkansas Times newspaper. In a later appeal, Misskelley argued he had an I.Q. of 72 and that his “mental capacity rendered his confession involuntary,” according to court documents obtained by Oxygen.com.

Although Misskelley recanted his confession, it was enough evidence to convict him. He was found guilty of one count of first-degree murder and two counts of second-degree murder and sentenced to life in prison in February 1995, according to the Los Angeles Times.

Echols and Baldwin went on trial a month later, and the prosecution argued they had murdered the boys in a Satanic ritual. They were both found guilty on three counts of capital murder, according to the Arkansas Times. Baldwin was given life without parole, while Echols was sentenced to death by lethal injection.

In June 1996, HBO aired “Paradise Lost: The Child Murders at Robin Hood Hills,” the first of three documentaries that took a critical look at the case, highlighting law enforcement’s questionable investigation tactics and lack of physical evidence tying Echols, Baldwin and Misskelley to the murders.

It also suggested that The West Memphis Three were victims of lingering “Satanic Panic,” a widespread fear in the 1980s that Satanism would infect society.

The tale of three metal-loving misfits who may have been scapegoated for being different resonated with many, including several prominent musicians, celebrities and activists.

While the Arkansas State and U.S. Supreme Courts repeatedly denied the West Memphis Three’s appeals, a new batch of DNA testing done in 2007 showed that no genetic material on the crime scene evidence was a match to Echols, Baldwin or Misskelley, reported the Arkansas Democrat-Gazette.

Furthermore, a hair found in one of the ligatures used to bind the boys was found to be consistent with the DNA of Terry Hobbs, Stevie’s stepfather, according to court documents obtained by Oxygen.com.

Another hair found on a tree stump near the crime scene was found to be consistent with the DNA of David Jacoby, a friend of Hobbs, according to court documents.

Hobbs and Jacoby have denied involvement in the murders and have never been named as suspects or arrested in connection with the case.

The Arkansas Supreme Court ordered a new evidentiary hearing for Echols, Baldwin and Misskelley in the fall of 2010. The following year, lawyers working for the West Memphis Three presented the new DNA tests, which showed no link between them and the 1993 murders, according to the Arkansas Times.

Prosecutors then offered the West Memphis Three a plea deal.

Baldwin, 34, Echols and Misskelley, both 36, pleaded guilty to first- and second-degree murder charges while proclaiming their innocence, according to The New York Times. They were released on Aug. 19, 2011.

“I am innocent, as are Jason and Jessie, but I made this decision because I did not want to spend another day of my life behind those bars,” Echols said, according to the Arkansas Times. “I want to live and to continue to fight for our innocence. Sometimes justice is neither pretty, nor is it perfect, but it was important to take this opportunity to be free.”

Since his release, Echols has released three books — most recently “High Magick: A Guide to the Spiritual Practices That Saved My Life on Death Row.” He lives in New York City with his wife, Lorri Davis.

Baldwin lives in Austin, Texas, where in 2017 he founded the non-profit group Proclaim Justice, which advocates for victims of wrongful convictions. Misskelley still lives in West Memphis and has kept a low profile since his release.

No further arrests have been made in the murders of Stevie, Michael and Christopher. Hobbs has consistently denied having anything to do with the killings of his stepson and his two best friends.

“I still believe in my heart that Jessie, Jason, and Damion Echols [sic] are responsible for what happened to our children,” Hobbs told Memphis ABC affiliate WATN in June 2019.

To this day, it is still unclear who is responsible for the killings.

To learn more, watch “The Forgotten West Memphis Three” on Saturday, March 28 and Sunday, March 29 at 8/7c on Oxygen.

Calling All True Crime Fans
Oxygen Insider is your all-access pass to never-before-seen content, free digital evidence kits, and much more!
Sign Up for Free
All Posts About
West Memphis Three
Related

Which Celebrities Advocated For The West Memphis Three?