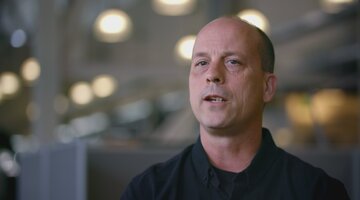 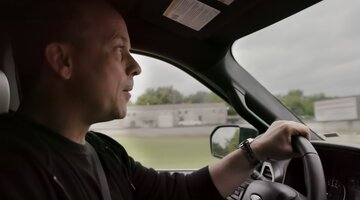 1:36
Preview
Former Jehovah's Witnesses Member Debbie McDaniel: "I Was Sexually Abused From The Age Of 7..." 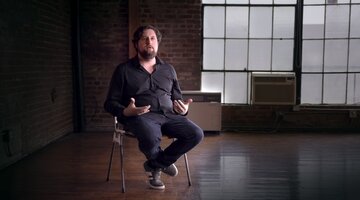 Now Playing
1:32
Preview
How Some Of Jehovah's Witnesses Beliefs Create A ‘Perfect Situation’ For Pedophiles

(This story was produced by Reveal from The Center for Investigative Reporting, a nonprofit news organization. Get their investigations emailed to you directly by signing up at revealnews.org/newsletter.)

For decades, the Jehovah's Witnesses have claimed a legal right to keep reports of child sexual abuse by members of their congregations secret from police.

Attorneys for the religion argue that when congregation leaders learn of child sexual abuse, those reports are considered confidential spiritual communications -- like a priest hearing a confession -- even when the report comes from the victim.

The Montana Supreme Court agreed with the Witnesses’ this month, overturning a $35 million court judgement and allowing the Witnesses to avoid accountability for their decades-long practice of keeping child sexual abuse allegations from police and prosecutors in certain states where the Witnesses have determined they have the legal right to withhold.

In a 7-0 decision, the justices wrote that the Witnesses were exempt from Montana’s mandated child abuse reporting laws “because their church doctrine, canon, or practice required that clergy keep reports of child abuse confidential.”

According to the decision, Maximo Reyes was a Jehovah’s Witness at the Thompson Falls congregation in Montana when he sexually abused three children, all members of his family by marriage. In 2004, after two of the victims reported the abuse to local elders, those leaders notified the legal department of Jehovah’s Witnesses in New York. Attorneys there advised the elders -- a group of men who collectively run each local congregation -- that they were not required to notify secular authorities.

The court’s decision goes to the heart of a five-year investigation into the child abuse policies of Jehovah’s Witnesses by Reveal from The Center for Investigative Reporting.

For more than 30 years, Jehovah’s Witnesses leaders have instructed elders across the U.S. to keep cases of child sexual abuse secret from law enforcement and members of their own congregations, according to court documents and written directives from the religion’s global headquarters in New York.

The Jehovah’s Witnesses’ parent organization, the Watchtower Bible and Tract Society, issued the directives in a series of memos dating back to 1989. According to Watchtower officials, all of the religion’s policies, including those pertaining to child sexual abuse, are approved by the organization’s spiritual leaders, known as the Governing Body.

"In some cases, the elders will form a judicial committee to handle the alleged wrongdoing that may also constitute a violation of criminal law (e.g., murder, rape, child abuse, fraud, theft, assault),” the directive stipulates. “Generally, the elders should not delay the judicial committee process, but strict confidentiality must be maintained to avoid unnecessary entanglement with secular authorities who may be conducting a criminal investigation of the matter."

Clergy are required by law to report child abuse in more than 40 states. But more than 30 of those state laws contain a loophole known generally as a clergy-penitent privilege. That exception allows religious leaders to withhold information from authorities when they receive it through a confidential, spiritual communication, such as a confession in the Catholic Church.

During the case in Montana, a state where such a loophole exists, the Watchtower argued that Jehovah’s Witnesses depend on the confidentiality of their conversations with elders because “confession of sin is essential to one’s salvation.”

“Congregation members trust elders to keep all spiritual communications confidential,” according to a sworn declaration on behalf of the Watchtower’s board of directors. “This applies to all members, not just those accused of or confessing serious sin.”

Jehovah’s Witnesses leaders say they instruct their members to obey child abuse reporting laws. Their policy memos direct elders who suspect child sexual abuse to “contact the Society’s Legal Department immediately” to learn whether the laws in their states require them to notify police.

Dozens of current and former Jehovah’s Witnesses told Reveal that they were threatened with disfellowshipping – the Witnesses’ version of excommunication – if they spoke up about child abuse. Disfellowshipped Witness are shunned by all other Witnesses, including family, friends and employers.

The Watchtower says it does not discourage victims from reporting their own abuse to law enforcement.

Jehovah’s Witnesses also follow a policy known as the “two-witness rule,” which prohibits elders from punishing members accused of wrongdoing unless two witnesses back up the allegations. Critics of the policy argue that the vast majority of child sexual abuse does not occur in front of witnesses.

The Watchtower has kept the names and whereabouts of alleged child abusers in its congregations - going back decades - in an electronic database. The organization has resisted judges’ orders in civil lawsuits brought by victims to produce the database in court.

The documents in the database could serve as a road map to alleged child sexual abusers living freely in communities across the country.

The investigation by Reveal from The Center for Investigative Reporting is the subject of “The Witnesses,” a new documentary series on Oxygen.

Calling All True Crime Fans
Oxygen Insider is your all-access pass to never-before-seen content, free digital evidence kits, and much more!
Sign Up for Free
All Posts About
Jehovah's Witnesses
Related Show