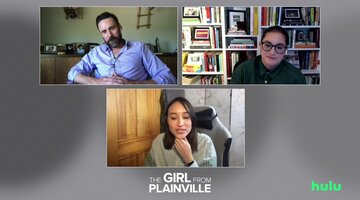 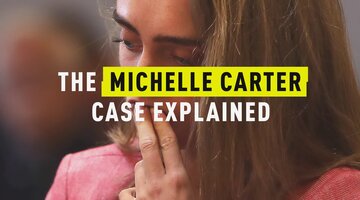 While Michelle Carter certainly had an emotionally intimate relationship with Conrad Roy III before she encouraged him to die by suicide, she wasn’t always honest with her peers about him.

Carter, now 25, was sentenced to serve 15 months after being convicted in 2017 of involuntary manslaughter in his 2014 death. A judge determined that Carter, who was 17 at the time, was culpable in 18-year-old Roy's suicide after she encouraged him to die by suicide in text messages, as well as telling him in a phone call to get back in his truck, which was filling up with carbon monoxide. She was released in January of 2020 on good behavior after appealing her conviction to the U.S. Supreme Court.

Hulu’s new miniseries “The Girl From Plainville” depicts how Carter framed herself as a mourning girlfriend to both her friends and to Roy’s family. In reality, though, Carter likely embellished the depth of their relationship.

Journalist Jesse Barron, whose 2017 Esquire piece inspired the new series, claimed in the 2019 doc “I Love You, Now Die” that Carter was more invested in the relationship than Roy was, adding that she lacked an ability to “apprehend reality.”

“The relationship was much more Michelle’s fantasy and Michelle’s idea than it was Conrad’s," he said.

“I want to be able to say I was your girlfriend,” Carter texted Roy, according to the documentary. He then told her that she was before she asked again. His response?

Prosecutors maintain that Carter wanted Roy to die so she could get attention and become more popular; as "The Girl From Plainville" shows, a group of girls were nice to the teen but didn't really appreciate her neediness. She didn't have a close circle of real friends.

Two days before Roy's suicide, in what Prosecutor Maryclare Flynn called a “dry run” in court, lied, Carter told her classmates that Roy was missing, even though she was in contact with him the whole time. She also pretended that she had reached out to Roy's mother when in reality she had not. She did though, reach out to Roy's family following his death.

“He’s missing like they don’t know where he is,” she texted her friend Samantha Boardman, who later testified against her. According to her testimony, Carter also exaggerated the extent of their friendship; Boardman described Carter as needy and desperate while Carter viewed her as a best friend.

Flynn claimed in court that the increased attention she was getting from Boardman and others during the “dry run” convinced her that a real suicide by Roy would result in more attention for her.

“They are paying attention to her now, so she has to make it happen,” Flynn said.