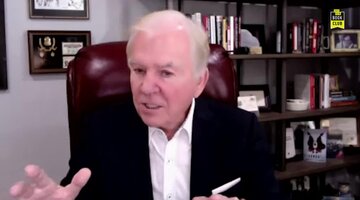 How do you track down a killer when there's a ticking clock? That's the dilemma investigators faced in the hunt for Larry Gene Bell, a man who kidnapped and murdered two girls in South Carolina in the 1980s in quick succession. Criminal profiler and FBI agent John Douglas, who worked on the case, reflects on the investigation with co-author Mark Olshaker in Oxygen Book Club's February 2022 pick: "When a Killer Calls: A Haunting Story of Murder, Criminal Profiling, and Justice in a Small Town."

It's a gripping and shocking true crime read, filled with twists and turns on the search for justice. Once you've finished reading the book yourself, consider examining these discussion questions with your friends:

1. Were you familiar with Larry Gene Bell's crimes before reading the book?

2. Why do you personally think Bell made the phone calls to the victims' families?

3. Bell is a suspect in other crimes. Do you think Sharon "Shari" Smith was his first victim?

4. How did attitudes in 1980s South Carolina and the technology available at the time impact the case?

5. True crime media sometimes struggles to balance portraying the victims' lives and the hunt for the killer. Did you feel the book gave you insight into who Shari Smith and Debra Helmick were?

6. What did you think of the gambit of using Smith's sister to attempt to draw out Bell? Would you volunteer to do the same for a loved one? Why or why not?

7. Bell's letters eventually led to his capture. Another famous serial killer, Dennis Rader, was caught in a similar way. Have you heard of other stories of criminals caught through correspondence?

8. We learn about this case from the perspective of John Douglas, someone who actually worked on it. How does that impact the narrative?

9. How did the profile Douglas helped create match up to Bell's persona? How did it differ?

10. Were you a fan of Netflix series "Mindhunter" before reading the book? Can you see how tactics seen in the show applied here?

And if you have more thoughts let us know! Use the hashtag #oxygenbookclub to keep the discussion going on social media.