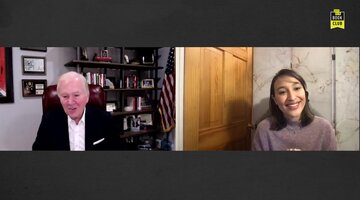 How do you catch a serial killer? Especially when there's a ticking clock and you think they may strike again?

That's the dilemma FBI agent and famed criminal profiler John Douglas (you may remember his name from his book "Mindhunter: Inside the FBI's Elite Serial Crime Unit" about his experiences studying serial killers to identify patterns, behaviors, and other psychological insights, which inspired a hit Netflix series) faced when he helped investigators in the hunt for Larry Gene Bell, who kidnapped two girls in South Carolina in the 1980s.

The hunt for that sadistic killer is the focus of his latest book, "When a Killer Calls: A Haunting Story of Murder, Criminal Profiling, and Justice in a Small Town," which he co-authored with regular collaborator Mark Olshaker. A fascinating and in-depth look at a twist-filled investigation, it was the perfect choice for Oxygen Book Club's February 2022 pick.

Oxygen digital correspondent Stephanie Gomulka recently spoke with Douglas about the investigation, the process of writing the book with Olshaker, and why the case stuck with him. Douglas cited Bell's taunting phone calls to the family as one reason the case was so striking.

"He gives the family false hope that [the victim] was alive. What he's telling the family, the mother, is he's responsible, your daughter is fine, I have her and he hangs up quickly which makes it difficult for law enforcement to trace ... In those days it took about 15 minutes to do a tap and trace," he recalled.

He also spoke about whether he believed Bell killed anyone else.

"There were two other cases where a woman was missing, an associate's girlfriend and she was gone, off the map. He's a suspect in that. He's also a suspect in another abduction, where he lived very close to another woman [who went missing in South Carolina ... he was a voyeur, and he had this history of sexual assaults... unfortunately in those days, in the '70s and '80s, cops would call a voyeur or someone making those calls as a nuisance, but what we found doing our serial murder research is that is a precursor for crimes in the future," he explained.

Watch the videos above for more of the interview and to hear excepts of Bell's disturbing phone calls. And check back each month for Oxygen Book Club's picks, which highlight the best true crime stories the literary world has to offer.