Sign Up for Free to View
Up and Vanished: Tara Grinstead's Colleague Shocked by Ryan Duke's Arrest 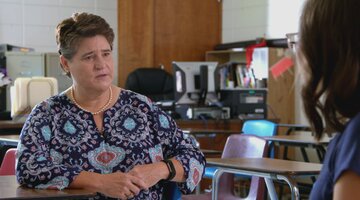 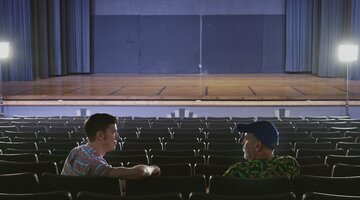 2:22
Preview
Up and Vanished: Payne Lindsey Talks to Clark Jones 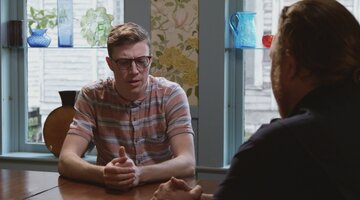 Mysteries abound with the 13-year-old case Tara Grinstead, a former beauty queen who disappeared from her home in the small town of Ocilla, Georgia. Friends of Tara report they last saw her on October 22, 2005 at a beauty pageant, and then a cookout in her neighborhood. Authorities at first didn’t suspect it was an abduction — but the years, cumulative evidence, and response to Payne Lindsey’s “Up And Vanished” podcast reinvigorated efforts in what had become a cold case.

Ryan Duke, a former student of Tara’s, was indicted last year on several charges including murder. His first hearings will take place November 26 and 27 at Irwin County Superior Court. Duke has pleaded not guilty to all charges, according to a Fox affiliate.

Tara Grinstead was never seen again, but key evidence — or the lack thereof — at the one known crime scene, her house, is crucial to understanding how a well-known figure in this small town just up and vanished.

A single latex glove — the medical kind — was found in the front yard of Tara Grinstead’s house. The DNA test came back inconclusive when matched against persons of interest in the case, though.

2. Tara’s purse and keys were missing

What better way to obscure an abduction than by disappearing the person — and their keys and purse? There was no sign of forced entry to the house, and Ocilla County Police Chief Billy Hancock did not suspect foul play in the days following Tara’s disappearance, according to WALB News-10. However, family friends and many at the school where Tara worked were described as being upset.

3. Cell phone was charging at the nightstand

Tara Grinstead’s bedroom didn’t quite show any signs of struggle. Her clothes from that fateful day were found strewn on the floor, and her phone was found charging in an outlet.

For all the stress on no signs of forced entry, there was one item in Tara Grinstead’s house that could point to a struggle: a lamp, broken in two pieces and propped against her wall, according to CNN. This might have been the same lamp that Tara used to turn on to signal to her neighbors, the Portiers, that she was home and safe. CNN also reported that a broken clock was found under Tara’s bed--about 6 hours off.

What was the business card of a police officer doing wedged in Tara Grinstead’s front door the very weekend she vanished? Records show that Heath Dykes — purportedly a family friend — had left many voicemails on Tara’s phone, and of course, his business card. Dykes said that he had stopped by Tara’s house to check in on her, and he has been ruled out as a suspect.

Tara’s car was found in her driveway, unlocked, with the driver’s seat pushed back, suggesting that someone much taller than her petite 5’3” frame may have sat in it. Other confusing pieces of the puzzle included the $100 in her center console and clay being on her tires, according to AJC.

7. No forced entry, no broken windows, no sign of a struggle

Perhaps more sinister than overt evidence is the absence of a struggle. Tara Grinstead’s house was found locked with no sign of forced entry. There were no broken windows. The police theorized that whoever Tara Grinstead let in that night was either known to her — or very good at persuasion. Her dog, Dolly Madison, was also home.

Payne Lindsey, host and creator of the hugely popular “Up and Vanished” podcast, will walk Oxygen audiences through this convoluted disappearance and murder case on the eponymous “Up and Vanished” special on Oxygen, Sunday, November 18th, 7/6c.

Calling All True Crime Fans
Oxygen Insider is your all-access pass to never-before-seen content, free digital evidence kits, and much more!
Sign Up for Free
All Posts About
Payne Lindsey
Tara Grinstead
Related
Up and Vanished