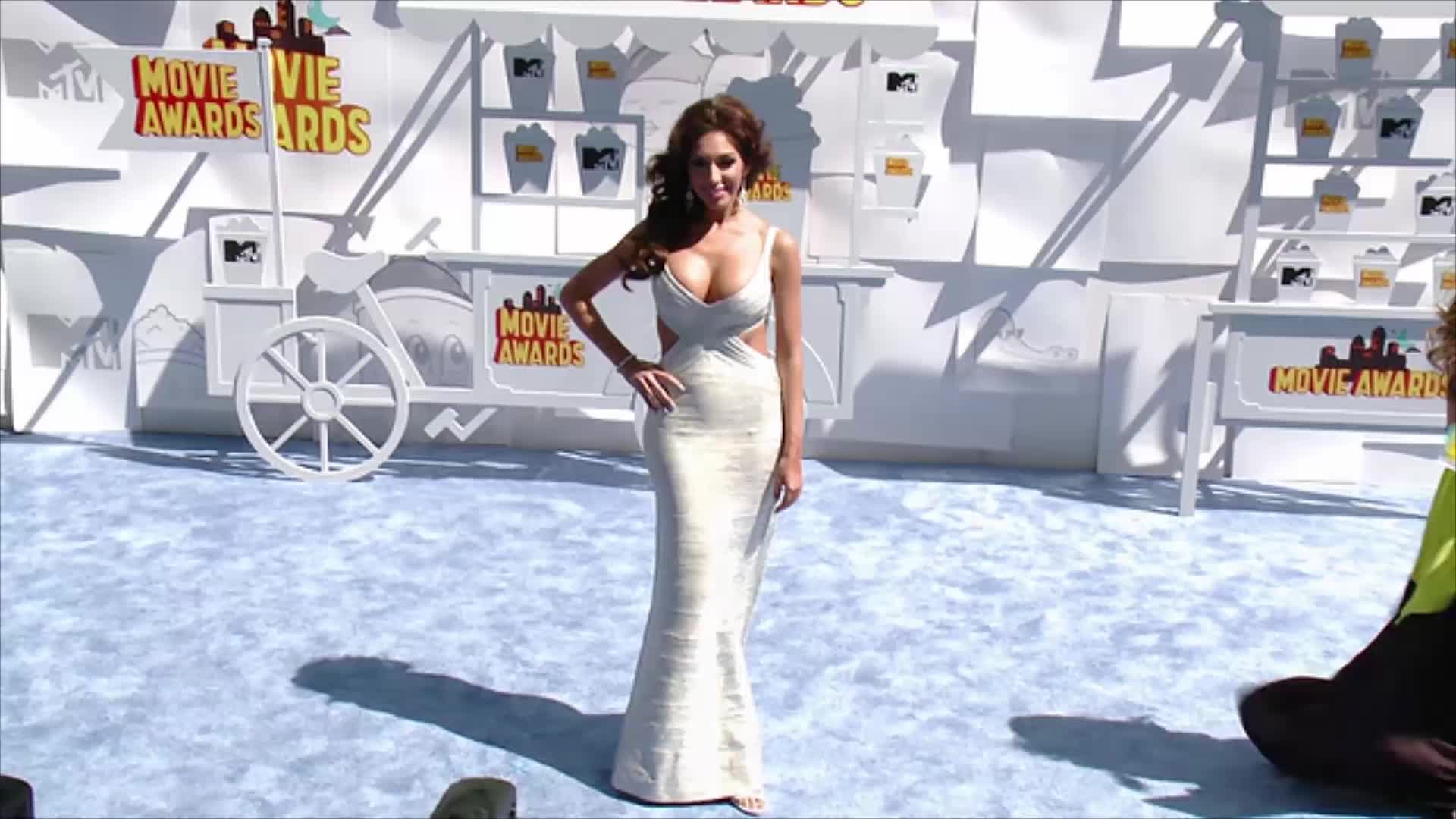 There are a lot of ways to spend your holidays, and if watching women dance around with their tops off as Farrah Abraham has her picture taken next to a fake Christmas tree is how you want to do it, I can’t recommend a better venue for the occasion than Headquarters Gentlemen’s Club in New York.

While I have been to strip clubs before, I’ve never gone to one during the holidays, and I expected it to be extremely depressing. Only the loneliest of lonely hearts would pay for company when they should be with family, but the atmosphere was surprisingly convivial. Just a bunch of peppy perverts celebrating the Friday night before Christmas together, sharing their mutual interest in booze and boobs. As Headquarters is upholstered almost entirely in red, it even felt kind of like being wrapped up in a Christmas stocking with a bunch of half naked girls. If that doesn’t sound nice, well, maybe it’s not for you.

Why was I there to begin with? To see Teen Mom Farrah Abraham, who was putting in what I assume was a paid appearance at the club. If she wasn’t paid, then this was simply her gift to her entourage, which included a gaggle of men including her former flame Simon Saran, MTV's Are You The One stars Giovanni Rivera, Morgan St. Pierre, Prosper Muna and a few younger fellas who were very clearly enjoying the grindage of an accommodating blonde. My damned curiosity about the lives of C-List celebrities has landed me in many weird situations and the invitation to this train wreck was too enticing to resist:

Thankfully, I was not forced to attend alone, bribing a friend at the last minute to accompany me with the promise of free drinks and permission to ghost on the whole situation without notice. We were early and, as basically the first customers, were welcomed warmly by the coat check girl and our bartender, who was wearing a very festive red velvet bra lined with “Claus Beard White” fur. The club was offering free Ketel One drinks as a special. Though I tipped copiously, they were not very strong. I had three vodka tonics and still wasn’t drunk enough to try and climb up on a pole myself. It usually only takes one drink and an encouraging smile from the DJ for that.

I was still very grateful for the waitress, however, since the dancers for the evening were sitting somewhat despondently all along the bar, all similarly styled in sexy red and white Santa's helper attire. Trying to get by them to order a drink seemed rude, like barging into the employee lounge of a T.J. Maxx and demanding pants in a different size. As business picked up, they circulated more and took turns removing their tops on a little stage set aside from the crowd, with a golden pole. If you go to strip clubs for aerial tricks and acrobatics, Headquarters is not for you. These ladies are here to gently shake what their momma gave them, and are absolutely not interested in doing the burlesque equivalent of a triathlon. I did not pay for a lap dance, because though I often find women attractive, I can’t make the mental separation necessary to pay a fellow woman $20 to touch her butt. I did read Yelp reviews for HQ, however, and will share this statement on the experience from a user named Craig:

“All the ladies are very beautiful. Very friendly. They smell nice. They look nice. And they feel nice. I asked the woman I was with if I can touch her. She said just a little bit. Just on her legs, back, buttocks, and hair.”

Now to Farrah. I don’t know what you imagine the life of a notorious reality TV star to be like, but I would guess that this Evening With Farrah Abraham is a good example. Obviously, Abraham is no prude, having done pornography herself in the past, and I don’t judge her for wanting to make some more money just for showing up at a strip club and getting her picture taken. She may need it if MTV is really giving her the boot after all her insane disputes with Amber Portwood. Fights make good television, but if everyone else leaves the production there'll be no fights for Teen Mom to film, and everybody is out of the job. It makes sense if she's looking for even small income avenues to pay the bills.

But what are the expectations of an event like this? Did she say hello or offer to answer questions? Readers, I tried to arrange an interview with her PR, but it was not to be. Abraham and her team of horny pals went off into HQ’s VIP section—which was separated from my little table by a glass fence—to drink champagne and watch TV. Did I mention you can also watch TV if the women aren’t compelling enough? Truly this place has everything, except access to the Trump-loving lunatic we were all there to see. I could smell them, but they refused eye contact at every turn.

I will say this—Abraham looks great in person. I don’t care what about her is “real” or “fake.” If none of us maintained ourselves with unnatural products we’d all look like toothless sea witches, and surgical enhancements aren’t much different from hair mousse if you think about it. But this b*tch is maintained. Her hair, her makeup, everything was smoothed within an inch of its life. The only fail was her dress, a crushed white velvet number. It was thematically appropriate for the occasion, but drama quickly ensued.

Headquarters' PR, a very nice woman named Marie, ran up and whispered that Farrah's skirts were not behaving at all. Seconds later, Abraham scurried past me to the bathroom with a bevy of rattled attendants following behind, including a large male escort to deflect curious reporters. She'd suffered a vagina-flashing wardrobe malfunction that kept her in the bathroom for 20 minutes of her scheduled three-hour hosting gig, pinning things up nice and tight.

When you go to see Farrah Abraham at Headquarters, you don’t get more than you pay for—and that includes downstairs nudity.

After awhile, my friend and I realized we'd probably gotten everything we were going to from the experience, collected our coats, and went out into the night to let the Hudson winds blow away any lingering hints of holiday depravity. What went on after we left only Abraham and her gentlemen know.

All Posts About
Farrah Abraham
Pop Culture
You May Also Like...
Recommended by Zergnet
Latest in Very Real