Before the special airs, get up to speed on the life and death of Aaron Hernandez by reading the timeline below.
November 6, 1989


Aaron Hernandez is born on November 6, 1989 in Bristol, Connecticut. His parents are Dennis Hernandez, of Puerto Rican descent, and an Italian mother named Terri Valentine-Hernandez. 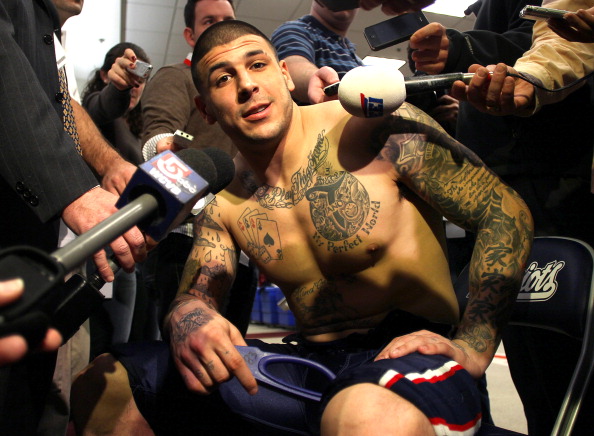 Hernandez's father dies in 2006 from complications from a surgery. He is 16 and a star athlete at Bristol Central High School at the time. He later speaks about turning to drugs following his father's passing. 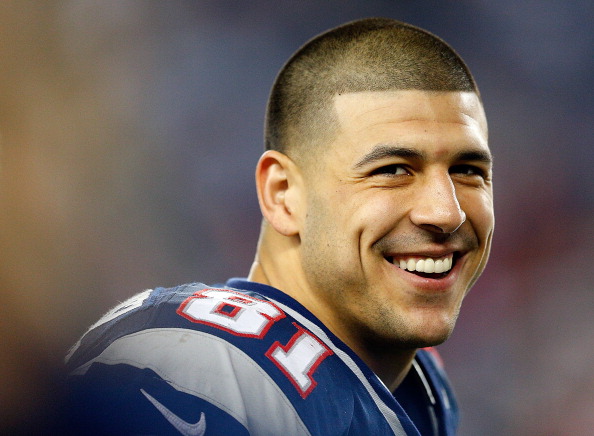 Hernandez leaves his hometown and moves to Florida. While a student at the University of Florida, he gets in an argument with a waiter and punches him. Tim Tebow, a friend, is also present at the incident. No charges are filed in the bar fight. 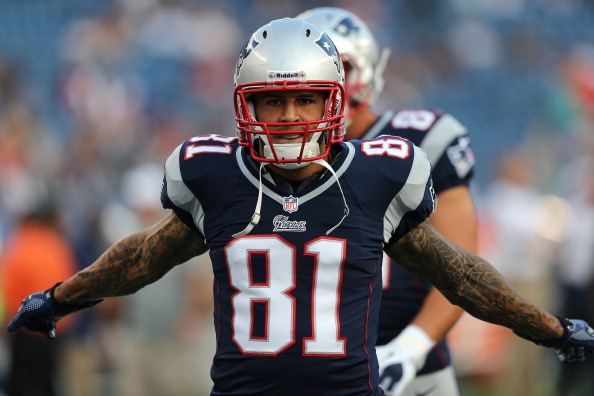 A shooting takes place in Gainesville, Florida, and Hernandez and three of his football teammates are questioned. Two men were shot, including one in the head, from an incident that reportedly started over a snatched gold chain. Authorities categorize the incident as an attempted homicide, but no charges are filed. 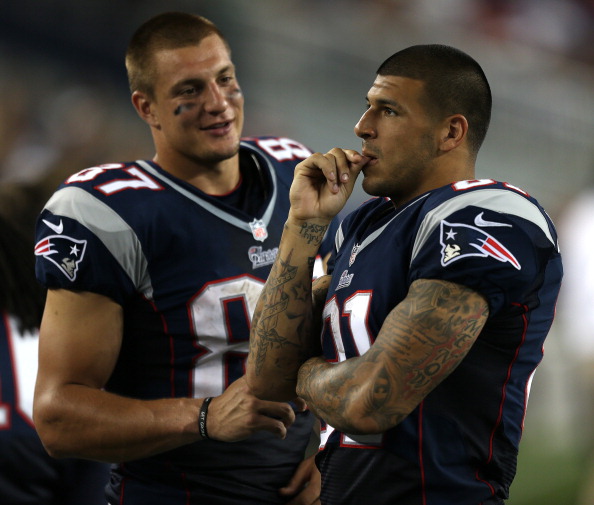 Hernandez and the Gators win the 2010 Sugar Bowl. The football player announces that he is leaving college prior to his senior year to enter the 2010 NFL draft.
April 23, 2010 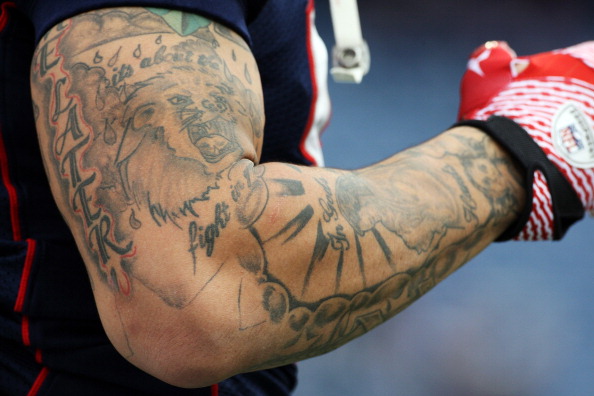 Hernandez is drafted by the New England Patriots in the fourth round of the NFL Draft.


Hernandez signs a lucrative, five-year contract with the Patriots for $40 million. With his bonus, it is the second-highest contract for a tight end.

An employee of Hernadez's named Alexander Bradley claims that the athlete shot him in the eye during an incident at a Miami strip club. Bradley was reportedly a friend and marijuana supplier, according to the Boston Globe.

“U left me with one eye and a lot of head trauma," he texted Hernandez. Three years later, the case settled. 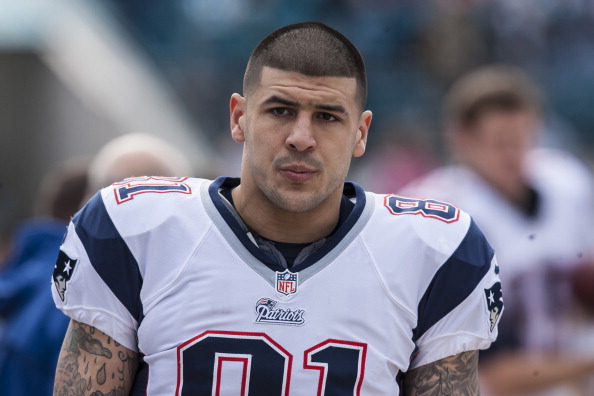 On June 17, 2013, semi-professional football player Odin Lloyd is shot and killed one mile from Hernandez's house in North Attleborough, Massachusetts‎. Authorities allege that Hernandez "orchestrated" the killing, which resulted in Lloyd being shot seven times and left in an industrial area.

Sources claim that it was a trivial issue, coupled with Hernandez's drug use, that set off the incident. The motive continues to be debated. Lloyd was picked up in a car driven by Hernandez with two of his friends, Ernest Wallace and Carlos Ortiz. Hernandez was charged with first-degree murder, one count of carrying a firearm without a license, two counts of possessing a large-capacity firearm and two counts of possessing a firearm without a firearm identification card.

After three seasons, the New England Patriots sever ties with him. 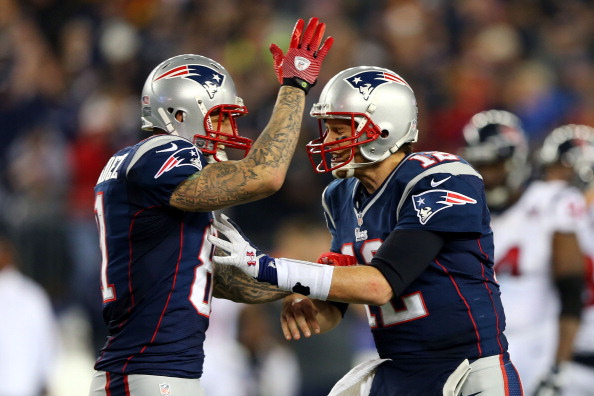 Hernandez is convicted of first-degree murder plus the weapons charges. He is sentenced to life in prison without the possibility of parole. 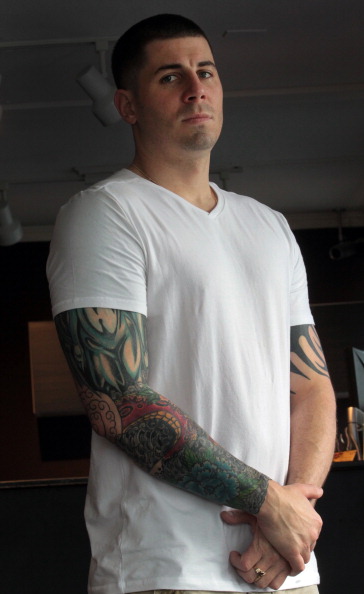 Hernandez is found dead in his cell after hanging himself. He is survived by his fiance and a 4-year-old daughter. Following his death, there is much speculation about the fate of Hernandez's estate. 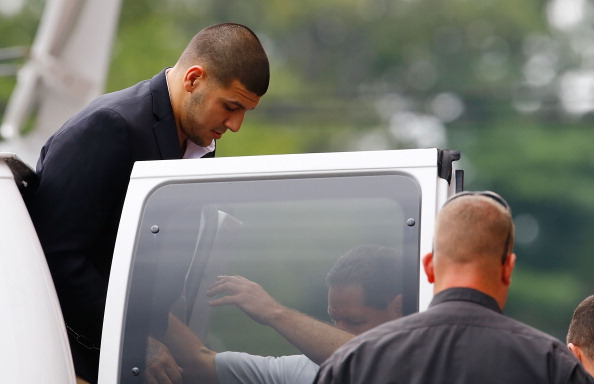 After his suicide, Hernandez's murder conviction in the Lloyd case is voided. Massachusetts has recognized a legal rule called "abatement ab initio," which essentially means that convictions are thrown out if a defendant dies before an appeal is allowed to be heard. It's a controversial announcement. 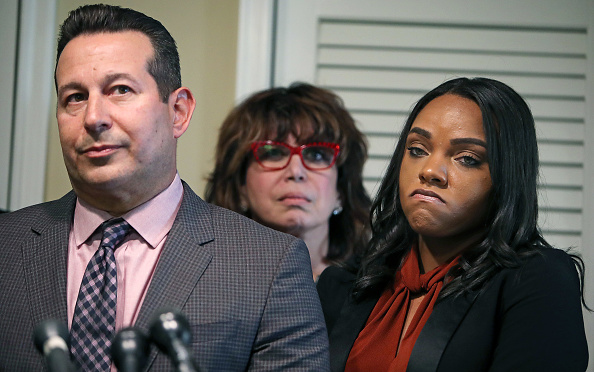 Following his autopsy, Hernandez's lawyer says that he suffered from a degenerative brain disease called chronic traumatic encephalopathy (CTE). His family, including fiancée Shayanna Jenkins, sue the NFL over the findings.

Researchers who looked at the 27-year-old's brain determine it was “the most severe case they had ever seen in someone of Aaron’s age,” says lawyer Jose Baez. He explains that Hernandez's brain showed a level of damage more in line with players in their 60s. The suit is later dropped.

Calling All True Crime Fans
Oxygen Insider is your all-access pass to never-before-seen content, free digital evidence kits, and much more!
Sign Up for Free
All Posts About
Aaron Hernandez
Related Show

Mom Convinces Her Teen Children To Help Kill Her Husband

Woman Kills Husband While His Sons Roast Marshmallows Outside

Ohio Serial Killer Acted Out His Murders While Being Questioned