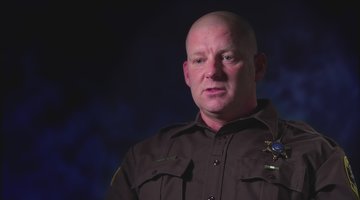 4:22
Preview
An Exclusive First Look at The Murder of Renee Pagel 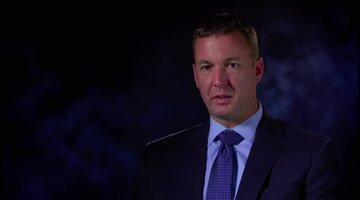 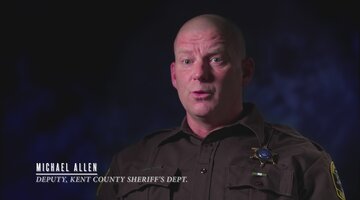 1:32
Exclusive
Site Of Renee Pagel’s Murder Was ‘The Most Bizarre Scene’

The quiet town of Courtland Township, Michigan was rocked when local authorities received a disturbing 911 call from the father and stepmother of Renee Pagel.

The 41-year-old mother of three had been found unresponsive in her bed on August 5, 2006. There was blood on her face and body and all over the walls and ceiling, even on the bed where she was laying. Detectives got to work investigating.

Renee had been stabbed numerous times, but one wound in particular stood out to investigators: a slice across her palm, which suggested that she’d gotten cut while trying to fend off her attacker.

“Renee was in a fight for her life that, unfortunately, she lost,” E.J. Johnson, a detective for the Kent County Sheriff’s Department, told “An Unexpected Killer," airing Fridays at 8/7c on Oxygen.

It looked to be a crime of passion, judging from the state of the room. Someone wanted to hurt Renee, and it was up to investigators to figure out who and why.

In recent years, Renee had been separated from her husband and had left her nursing career behind to teach at a technical center, which would allow her to spend more time with her kids. But even there, she’d still been helping people: Before her death, she’d selflessly offered to donate a kidney to the father of a student who desperately needed it and had underwent the surgery a mere five days before she was murdered.

Renee’s recent surgery was one of the first clues for detectives. Because she was likely bedridden at the time, she was probably weaker than usual and less able to defend herself, a fact her killer may have been aware of and even counted on. Whoever they were, they’d used a sizable knife to carry out the crime, but the weapon was nowhere to be found.

Police began interviewing those closest to Renee. Her father said he'd last seen Renee the previous evening, when he picked up the children to take them over to their father’s house, which was around 15 minutes away from Renee’s home. He’d also talked to her on the phone later that night when he called to check on her.

Renee’s father was able to give detectives their first possible suspect: Michael Pagel, her husband of 10 years. They were in the midst of a messy divorce and he’d wanted full custody of the children as well as the house.

Those who’d known the couple said they initially seemed to be the picture-perfect pair, but behind the scenes, things took a turn for the worst. Michael allegedly wanted Renee to work while he stayed at home with the children, and the two argued often. Their issues culminated in early 2005, when Michael handed Renee divorce papers, blindsiding her, friends said. And Michael didn't just want the home and full custody: He wanted Renee to pay him an alimony of $2,000 a month.

Seven weeks before she was murdered, a judge actually ruled in Renee’s favor, and it was Michael who was going to have to get a good enough job to pay Renee.

Investigators went to Michael’s house, only to find he wasn’t at home, but his mother told them he’d been at his house playing with the kids on the night of the murder. When Michael returned, police gave him the news about Renee, but he didn’t even react, they told producers. Instead, he handed them a card with his attorney’s number on it.

“I thought that was extremely odd, that Michael didn’t want to dig further into what happened to Renee,” Johnson said.

Ultimately, Michael conversed with his attorney and decided not to speak with police. Although it struck them as suspicious, they had nothing to tie him to the murder: When police served a search warrant at his home, they didn’t find any evidence.

Investigators soon learned Renee had a strained relationship with her husband’s brother Charles, who was also known as Beau. The two didn’t like each other, to the point where Beau had even refused to be in the wedding because he didn’t want his brother to marry Renee. During Michael and Renee’s marriage, Michael had grown apart from Beau, but after the separation, the two rekindled their friendship, according to those close to the couple.

During an interview with police, Beau, who was a truck driver, claimed to have been on the other side of the state when the murder had taken place. He said he’d gotten home after driving his route that evening and had gone out for dinner with friends before calling it a night. The next morning, he went canoeing with his daughter. After his friends and family supported his alibi, police were forced to let Beau go.

Weeks passed after Renee’s murder, which soon turned to months and then years with no answers and no new leads for investigators.

“It was sad that we couldn’t bring closure to Renee and her family,” Michael Allen, a KCSD deputy, told producers.

Thirteen years passed and Renee’s case went cold, but during that time, her best friend, Chris Crandle, created a website dedicated to keeping Renee’s case alive. And on November 18, 2019, a tip emerged from the site: Crandle received a startling friend request and learned Beau, Michael’s brother, wanted to talk to her.

Crandle told police and they arranged to have the conversation recorded. What Beau revealed during the phone call shocked her. Beau said Michael was “losing it” and that he was afraid of becoming Michael’s next victim. And although he wouldn’t name Michael’s first victim, it wasn’t hard to guess: Renee.

Police eventually called Beau in for an interview and he finally admitted Michael was the one who had killed Renee.

“It was the break we were looking for. It was the big piece of information we needed,” Bill Marks, a detective sergeant for the KCSD, told producers.

Beau signed an official statement incriminating Michael and laying out everything he knew: In 2011, he and Michael had been sitting together in a car, having drinks and looking out at a river when all of the sudden, Michael took out a bag. Inside the bag was a knife wrapped in cloth. He told Beau, “This is how I finalized my divorce.”

Beau said the admission made him angry — he’d believed for years Michael was innocent and had even defended him. Michael was upset with Beau’s response and he threw the knife into the river. Beau directed police to the part of the river where he recalled Michael tossing the knife, and after three days of painstaking effort, police were able to recover the murder weapon: a large knife that was exactly the kind of weapon forensic investigators said would have been used to kill Renee.

Police arrested Michael for Renee’s murder on February 6, 2020. Soon after, prosecutors agreed to a plea deal involving a second-degree murder charge and a 25-year minimum prison sentence. Michael agreed to plead guilty in May of that year, but at his hearing, he surprised the court by instead claiming that he’d actually hired his brother to kill Renee.

However, police weren’t able to find any evidence of Beau’s alleged involvement — although another search of Michael’s home revealed even more evidence against him. Hard drives hidden in his ceiling contained disturbing journal entries where he wrote about his hatred for Renee and his plans to divorce her. He sometimes seemed to write as if he were having conversations with different personalities in his head, investigators recalled.

In October 2020, Michael Pagel was sentenced to 25 to 50 years in prison for the murder of his wife. While justice was ultimately served, her loved ones continue to mourn her.

“She brought so much beauty to this world,” Crandle told producers. “She was just a bright light shining.”

For more on this case and others like it, watch "An Unexpected Killer," airing Fridays at 8/7c on Oxygen or stream episodes here.