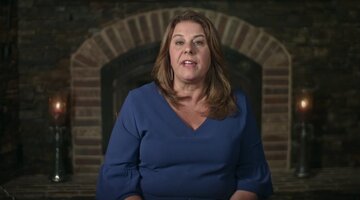 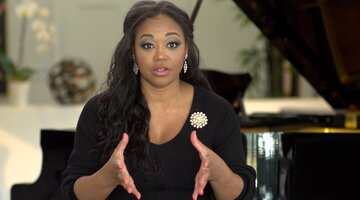 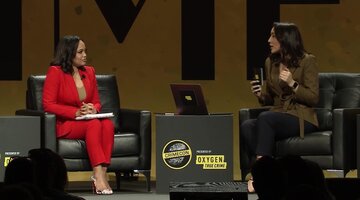 Jennifer Blagg's dream was to marry a good Christian man. Tragically, her husband wasn't exactly who he claimed to be.

Jennifer’s friends described her as a "very sweet woman," whose faith was very important to her. After she headed to San Diego to study business at National University, she went to a party and met someone who seemed to place the same emphasis on faith as she did: 25-year-old Michael Blagg, a helicopter pilot in the U.S. Navy currently stationed in the city.

"Jennifer was always looking for a great family man, a great Christian man, and for him to be the provider and have kids," Teresa Wiedenmann, a friend of Jennifer's, told "Killer Relationship With Faith Jenkins," airing Sundays at 7/6c on Oxygen.

In 1991, the two were married. Michael soon retired from the Navy and became an engineer, and the two relocated to Simpsonville, South Carolina, where they had a baby girl named Abby.

Jennifer loved Simpsonville, and the couple found a community through their church and made many friends. Jennifer taught a women's Bible study, and Michael also moved into a co-teaching position at a Bible school. It seemed like everything was going the way it was supposed to.

"I think Jennifer loved that fact that Michael was strong, that he was a take charge kind of a guy. He looked after her, he was protective of her," Edie Melson, Jennifer's friend, told producers.

But there were moments where Michael's protectiveness struck friends as odd. Melson recalled a time she and another friend were at the Blagg home when Jennifer noticed it was past 4 — and that Michael would be home soon from work.

"You could just see the absolute panic on her face. All she could think about was getting us out of the house and getting things set so Michael could have a good environment [when he came home]," Melson said.

Then, Michael found a new job in Grand Junction, Colorado. She told Melson the news through tears, revealing she didn't want to move. But, believing she needed to be a dutiful wife, she moved with her husband. She seemed unhappy there, though, Melson noted, even as she tried to make the best of the situation.

On November 13, 2001, Michael left for work early in the morning as always. He typically called Jennifer multiple times throughout the day to check in — but on this day, Jennifer did not pick up.

"Man, where are you guys? Hope everything's going OK, I love you guys," he's heard saying in one voicemail, obtained by "Killer Relationship."

Eventually, Michael headed home early to scope out the situation. That's when he called 911 to report his wife and daughter were gone, and there was blood all over the master bedroom.

"My initial thought was we had a kidnapping … but what didn't match the fact was we had this large amount of blood in the bedroom and that was unusual for a kidnapping," Detective Wayne Weyler, a sergeant with Mesa County Sheriff’s Office, told producers.

Detectives interviewed Michael, who insisted he had no idea what had happened.

"I haven't got a clue who would have any malice in their heart at all for anyone in our family," he is heard telling investigators in audio obtained by "Killer Relationship." "... Abby is a wonderful little girl."

A massive search was conducted for Jennifer, 34, and Abby, 6 but there no sign of them. Eventually, though, investigators found something else: Jennifer's journal. In it, she mentioned that right before she went missing, she'd had had a fight with Michael.

"She didn't say what it was about ... she spoke about it more biblically, religiously more than factually," Trish Mahre, a prosecutor with Mesa County D.A.’s office, said.

So, they turned to Michael for answers. He claimed he didn't remember a fight, but investigators soon found a note to Jennifer from Michael, where he apologized "for letting the devil get a foothold" in their lives. And then they discovered something even stranger when they served a search warrant for the family computer: thousands of images of hardcore pornography.

Michael insisted it was because he and Jennifer were very sheltered due to their religious upbringing, and the pornography was downloaded by Jennifer for educational purposes only because she wanted to serve her husband.

Melson soon contacted investigators with another odd piece of information: Jennifer had contacted her right before she had gone missing, asking if she and Abby could come visit her. She specifically stated Michael would not be joining, which was strange for a family that always traveled together.

Investigators focused their attention on Michael, attempting to get him to crack under questioning. At one point, when they showed up at the home, no one responded. They heard the sound of running water nd made the decision to kick the door in. They found Michael in the bathtub with his wrists cut. He had a photo of Abby and Jennifer with him, a Bible, and a note denying he killed them. He was rushed to the hospital, where he healed from his wounds.

A coworker soon called in with a crucial tip: Michael had been taking trash out at work the day of Jennifer's disappearance — an odd task for a man who worked there as an engineer. Authorities located the landfill where the garbage from his job would end up, and after a thorough search, in June 2002, they discovered Jennifer's body. She had been shot to death.

"She was not trash. She did not deserve to be put out with the trash," Melson said.

Michael was arrested for the murder of his wife. Because Abby's body was never found, he was not charged with her death.

In March 2004, Michael Blagg went on trial. Prosecutors argued he killed Jennifer because of his need for control. He was found guilty and sentenced to life in prison.

But 11 years after his conviction, the verdict was overturned due to an issue with one of the original jurors: They had lied about their domestic violence history in their juror questionnaire, CBS News reported in 2014.

In February 2018, he went on trial — and was found guilty again. He will spend the rest of his life behind bars.

For more on this case and others like it, watch "Killer Relationship With Faith Jenkins," airing Sundays at 7/6c on Oxygen

Meet The Host Of ‘Killer Relationship With Faith Jenkins’