Sign Up for Free to View
Who Was Chris Denoyer? 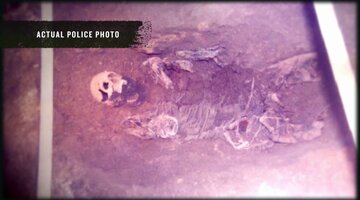 3:32
Preview
An Exclusive First Look At 'Buried In The Backyard' Season 3, Episode 12 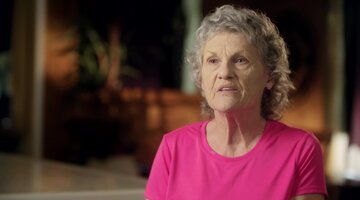 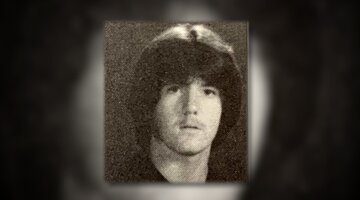 When a teenage boy seemingly ran away from his California home in the 1980s, his disappearance remained unexplained for years until a random incident would start authorities on the path toward justice.

Jackson and Dale Villarta's home was a full house with five children, two of whom were from Dale’s previous marriage. But on January 13, 1984, Dale decided to go on a day trip and leave her husband and children at home; everything was normal until Chris, one of Dale’s children from the previous marriage, failed to return home that evening.

Hours later, Chris’ girlfriend, Carlotta, who he was supposed to be meeting, came to the house and told the family Chris had never shown up, prompting Chris’ mother to ask Chris’ best friend if he’d seen him. The friend in question, Robert Pruidt, told Chris’ mother he hadn’t seen him, but also shared some startling information.

"[Chris] talked about running away. He couldn’t stand the rules at home. I honestly thought at that point, that, ‘Wow, he really did it. He just left,’” Pruidt told Oxygen’s “Buried in the Backyard,” airing Thursdays at 8/7c on Oxygen.

Dale began reaching out to Chris' friends and relatives, but his father, Dale’s ex-husband, hadn’t seen him, nor had anyone else in their circle. That night, Chris’ mother reported him missing with the local police department, but in a strange twist of fate, his family received a telegram addressed to Dale and signed with Chris’ name that same week which seemingly explained his sudden departure.

The note said  Chris was going to run away from home to Los Angeles and not to worry about him. Chris, who was a well-liked member of the football team, had also written that he’d see everyone again once he was recruited by the NFL.

While the telegram may have seemed like the answer Chris’ family was waiting for, they were not convinced.

“[Chris’ sister] read us the telegram and we looked at each other and said, ‘No, no, that’s not Chris,’” Chris’ stepmother, Velma McGraw, told producers. “He wasn’t interested in being a professional football player.”

Also raising alarm bells for Chris’ family was something else included in the letter: an apology for being “very rude,” along with the phrase, “Jackson was right.”

Still, while many in Chris’ family did not believe Chris had been the one to send the telegram, its existence was enough for police to drop the case and declare Chris a runaway. Undeterred, Chris’ mother continued to search for him, plastering the neighborhood with missing child posters, but the family eventually left the area and more than a decade passed without answers until one day in January 1998 changed everything.

A young couple living in Salinas, California was upgrading their home when the husband went into the crawl space under the residence and found, strangely enough, a shoe. Days later, when the wife’s sister went to investigate the strange shoe in the crawl space, she was horrified to find that it was actually connected to what appeared to be human bone. The family wasted no time calling the police, who rushed to the scene. A team of investigators cut open the kitchen floor and found a human body, now skeletal, that had been hidden below. Also in the makeshift grave was a bullet.

Soon enough, the identity of the body was confirmed: It was Christopher Denoyer, the boy who’d went missing more than 10 years earlier, but investigators did not yet know who was responsible for the teen’s death. He’d been shot once in the head and twice in the back from behind, and the nature of his wounds suggested that he’d been shot at close range.

Because of the work and time involved in hiding a body underneath a house, authorities concluded that Chris’ killer had to have been someone who he lived with in the home. However, police did not want to tip off his mother and stepfather, so they first sought out someone else they believed was unlikely to have killed Chris: his sister Cherie, who was Dale’s only other child from her previous marriage.

Police flew to Ohio, where Chris’ sister had since moved, to deliver the grim news. She told police that their stepfather, Jackson Villarta, had been extremely strict and Chris was not always willing to follow his rules because Jackson was not his father. The household was chaotic, and Chris wanted to run away because he wasn’t getting along with his mother either, she said.

Investigators, curious as to how the family could continue to live in a house with a body buried underneath it without knowing, asked Chris’ sister about the smell that must have lingered in the house, and she told them that her parents had said a pet snake had likely died somewhere on the property. Her answer only made authorities more suspicious.

“I know how foul the human body is when it decomposes,”  Bob Eggers, a former detective with the Salinas Police Department, told  producers. “You will never forget it. It is so overpowering that the snake story made no sense. That told us that, yeah, they were living there and they knew something was amiss.”

After speaking to Chris’ sister, police quickly zeroed in on Jackson and Dale Villarta as key suspects. They brought Dale in to the station to break the news, and she was upset, telling authorities she’d believed her missing son was still alive somewhere. She also echoed what Chris’ sister told police about his strained relationship with his stepfather and repeated the same story about a dead pet snake causing the rotten smell in the house, which set off alarm bells for investigators.

Police called in Jackson for questioning, and he admitted that he and Chris had not gotten along well, but reiterated his belief that Chris had run away from home. When police told him the truth  — that Chris had actually been murdered and buried underneath the family home — he seemed remarkably calm, they noted. He was also adamant that there had been no lingering bad smell in the house, contradicting the claims of everyone else who’d lived there at the time.

Finally, police accused Jackson of killing Chris and disposing of his body in the crawl space, but he denied it with the same ambivalence that he’d consistently shown during the hours-long interview.

Meanwhile, other investigators were at the family’s home executing a search warrant in the hopes of finding any evidence related to Chris’ death. Police were surprised to find that the family kept extensive records, everything from phone bills to tax returns, from more than 10 years ago, but the couple’s hoarding habit ultimately sealed Jackson’s fate when they found a receipt suggesting the telegram that had allegedly been sent by Chris had been charged to the family’s phone bill.

In the records at the couple’s home, police also found a revolver and ammunition, and the type of gun and bullets there matched the bullet found at Chris’ gravesite.

It was enough for an arrest, and in February of that year, police took Jackson Villarta into custody for Christopher Denoyer’s murder. The following year, in May, he stood trial, with prosecutors theorizing that Jackson and Chris likely got into a fight when Dale and the other children weren’t home and that Jackson, who was smaller than Chris and unlikely to beat him in a fair fight, had gotten his gun and shot the teen without warning. He then stored the body in the crawl space and sent the telegram to make people believe that Chris had simply run away from home.

The story seemed solid, but Jackson's case ended in a shocking mistrial after a single juror refused to declare him guilty. At Jackson's second trial, which took place more than six months later, a jury finally convicted Villarta of second-degree murder, and a judge sentenced him to 17 years to life in prison, The Californian reported in 2002. He may be eligible for parole in 2021.

For more on this case and others, tune in to “Buried in the Backyard” on Oxygen on Thursdays at 8/7c or stream online at Oxygen.com.