"Surviving R. Kelly" features the stories of women who have dated singer R. Kelly and allege the singer has engaged in decades of abuse and emotional torment.

Kelly first raised eyebrows with his brief marriage to the late singer Aaliyah, when she was allegedly 15 and he was 27 years old. In 2002, the singer was indicted on charges of child pornography, and was aquitted in 2008. All the while, he sought out young women in high schools and malls for relationships, often with the aide of his entourage, former coworkers and family members alleged in the Lifetime docu-series.

Despite his professional face of success, these women claim that in later years, he fostered a "sex cult" in which girls—many of whom met him when they were barely legal—are manipulated and held against their will.

Is Joycelyn Savage one of those women? As one of Kelly's most public girlfriends, she has spoken out about being with him by her own will. Her parents disagree and claim that the singer is brainwashing her.

This is Joycelyn Savage and what you need to know about her.

R. Kelly has a history of being around young women with musical dreams. With a resume that includes working with everyone from Michael Jackson to Celine Dion, he was arguably the biggest R&B singer in the last 30 years. Joycelyn Savage once was a budding singer. Her parents, Timothy and Jonjelyn Savage, were initially okay with Kelly spearheading her career when she was a college freshman in 2016.

She Met Him At Her Parents' Store 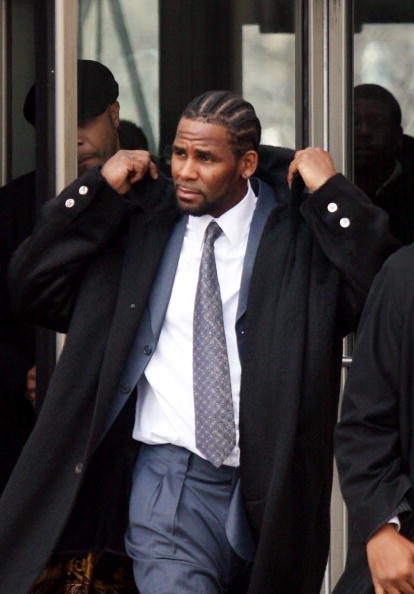 Once their daughter became entrenched with Kelly, Joycelyn's parents went to the media with their fears. The Savages held a press conference in 2017 in which they alleged that Kelly was brainwashing their daughter and holding her captive. They have since appeared in several interviews, underscoring these claims. In the docu-series, they allege Kelly gave their daughter a STD.

Joycelyn is arguably Kelly's most public girlfriend to date. She has given several interviews to TMZ in which she asserts that she is not being held captive. Her parents share in the docu-series that they believe she is brainwashed and unable to realize what's going on. They believe that her statement in the 2017 clip above was rehearsed, pointing to what appears to be a man directing her moves.

“The first thing was to put Joycelyn in front of the camera on TMZ,” the employee reveals in the doc. “Which is something he ordinarily would have not done, but because they said that Joycelyn was being held against her will he had to clean it up.”

Joycelyn has been spotted with and without Kelly in recent times. In 2018, she was seen shopping in Los Angeles and seemingly happy.

During the docu-series, there is one scene where fellow R. Kelly girlfriend Dominique Gardner is speaking to her mother Michelle Kramer at a Los Angeles hotel as Kramer pleads with her daughter to come home. As they talk, Gardner seems uneasy and says Joycelyn Savage is in the room, but she is not seen on camera or heard from in the show.

The docu-series ends with the fact that Joycelyn is not with her parents. They have started a hotline for other Kelly victims.

How Did A Land Dispute Lead To Montana Man's Death?