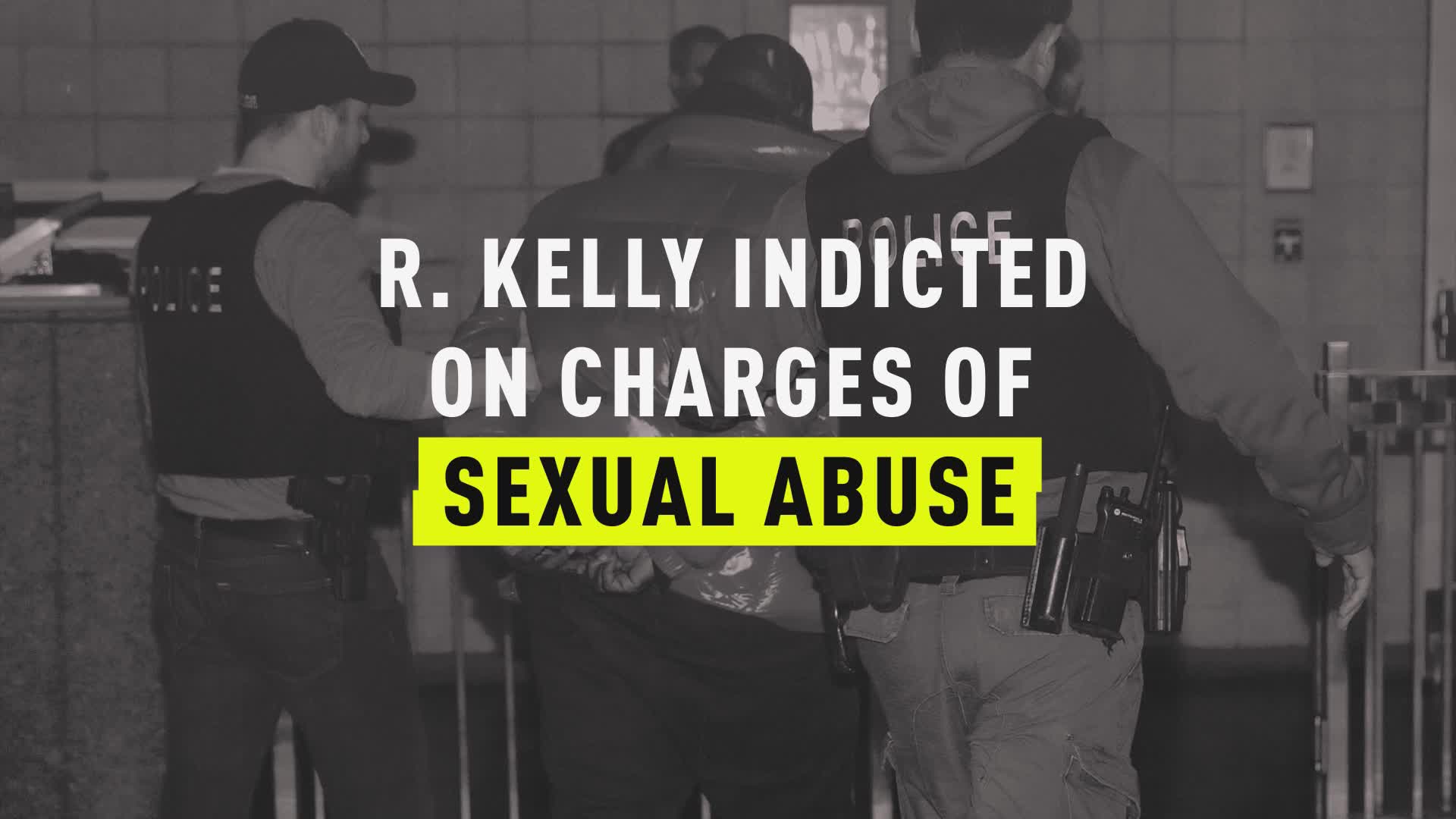 In his very first interview since being charged with sexually abusing four people, three of whom are underage girls, R. Kelly talked about two young women who live with him, women he’s been accused of holding against their will at his home in Chicago.

Parts of Kelly’s emotional interview with Gayle King of “CBS This Morning” ran on Tuesday night and Wednesday morning. The rest is scheduled to air Thursday.

Kelly defended his relationships with Joycelyn Savage, a 23-year-old aspiring singer who has claimed she is with Kelly of her own free will but whose parents say otherwise, and 21-year-old Azriel Clary.

The singer told King, "I love them and it's almost like they're my girlfriends. It's like, you know, we have a relationship. It's real. And I know guys, I've known guys all my life that have five or six women, OK? So don't go there on me, OK? Because that's the truth."

He then went on to claim that Savage was brought to her concert by her father when she was 19, and that Clary’s parents hoped she would become Kelly's protégé when she was 17. He denies having sex with her when she was underage, but claims her parents wanted him to.

Overall, he blames the parents of both women.

“What kind of father, what kind of mother, will sell their daughter to a man?" Kelly said. "How come it was OK for me to see them until they wasn't getting no money from me? Why would you take your daughter — if I'm going to take my daughter and she's 19 years old to a 49-year-old icon, whatever, celebrity or R. Kelly concert or whoever it is, I'm not going to put her on the stage and leave her. I'm going to take her to the concert. Their father is more into my music and know about my music than they do.”

When King asked if the women’s parents gave them to him, he replied, “Absolutely. Are the cameras still going? Absolutely."

The Clarys' attorney have released a statement calling Kelly "a liar, manipulator and sociopath," reports CBS News. The Savages held a press conference addressing Kelly's interview. Savage’s mother stated, “We won’t stop until we have our answers and make sure you’re safe and sound,” according to the Atlanta Journal-Constitution.

The Savages' lawyer Gerald Griggs has denied that the family wants money and that they only started coming after Kelly after he stopped giving them money.

Kelly is out on bail from his Feb. 22 arrest in Chicago. He has been charged with 10 counts of aggravated criminal sexual abuse.

The recording artist has been trailed for decades by allegations that he violated underage girls and women and held some as virtual slaves. Kelly has consistently denied any sexual misconduct, and he was acquitted of child pornography charges in 2008. Kelly’s alleged sexual misconduct captured national attention again in the wake of Lifetime’s shocking “Surviving R. Kelly” documentary, a documentary that Kelly calls full of lies during his new interview.

"[E]verybody says something bad about me. Nobody said nothin' good," Kelly said when asked about the film. "They was describing Lucifer. I'm not Lucifer. I'm a man. I make mistakes, but I'm not a devil, and by no means am I a monster."

An interview with Clary and Savage will run on CBS on Friday. An excerpt of that interview ran Wednesday featured Clary stating, "You guys are believing some f--king facade that our parents are saying. This is all f--king lies for money, and if you can't see that, you're ignorant and you're stupid."