Skip to main content
Preview
Mark of a Killer 102: The Last Call Killer 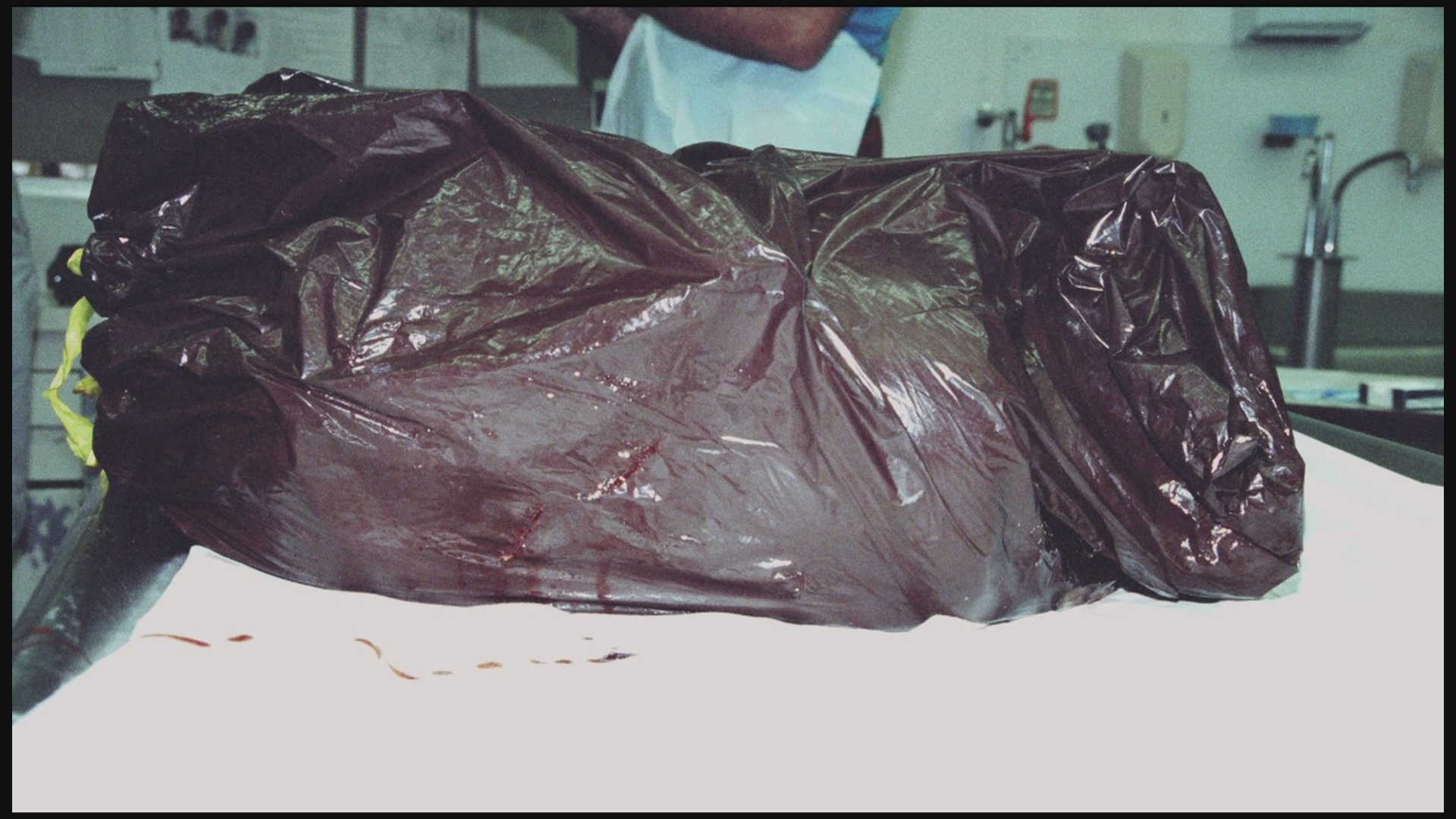 In the early 1990s, fear and rumor swirled through New York’s LGBT community about a serial killer who targeted inebriated men leaving the city’s gay bars late at night. Their bodies, or rather body parts, were found wrapped in garbage bags and dumped at highway rest stops, far from the urban environs where they were last seen. Dubbed “The Last Call Killer,” the serial killer would not be found by the police for almost a decade.

He’s the subject of an episode of “Mark of a Killer,” streaming now on Oxygen.com.

In 2001, “The Last Call Killer” was identified as Richard W. Rogers Jr., an unassuming middle-aged male nurse who was commonly described as kind and courteous. Though police had finally found their killer, his motivations and true victim count remain a mystery to this day.

Born in 1950, Rogers grew up in Plymouth, Massachusetts, before he and his family moved to Florida in the early 1960s. Hewas the eldest of five children from a working-class family, reported The Daily News. After graduating college in 1972, he moved to New York City, where he attended nursing school in the late '70s.

Soon after getting his nursing license, Rogers got a job at the prestigious Mount Sinai Medical Center, where he would work for the next 22 years. He eventually became a surgical nurse, and later worked in the pediatric ward, caring for children with heart conditions. He bought a co-op on Staten Island, where he was known for his fastidiousness and helpful nature. "Richard was the kind of neighbor that everyone wished to have," neighbor Robert Roldan told The Daily News, while his cousin John Fillebrown described Rogers as “a normal and thoughtful person with goals in his life, good habits and a good social life."

In the summer of 1988, however, the NYPD would for the first time learn of Richard Rogers’ dark side. A 47-year-old Manhattan man went to police, telling them Rogers had drugged and attacked him. "He gave the guy some knockout drug, tied him up and had sex with him," a police source told The Daily News. According to the New York Post, the victim awoke in Rogers’ apartment tied to his bed, and claimed Rogers beat him repeatedly. Despite the allegations, though, Rogers was acquitted in a nonjury trial that December.

In spring 1991, 54-year-old investment banker Peter S. Anderson was in Manhattan from Philadelphia to attend a political fundraiser. A year earlier he had separated from his wife, with whom he had two children, after coming out as a gay man. On May 3, he went to the Townhouse Bar on East 58th Street, an upscale restaurant known for having a gay male clientele. He was last seen leaving his hotel that night, visibly intoxicated. Days later his body parts were found wrapped in garbage bags and left in trash cans at two rest stops on the Pennsylvania Turnpike. According to court documents, his body exhibited "gaping wounds to his chest" and his penis had been cut off and placed in his mouth.

More than a year later, in early July 1992, 57-year-old computer sales representative Thomas Mulcahy was in New York City for business. Though he lived in Massachusetts with his wife and four children, he was known to have affairs with men, according to court documents. On the night of July 8, he was at the Townhouse Bar talking to a man described by a witness as "about 5 foot 10, medium-brown hair, average looking.” They left the bar together. On July 10th his remains were found neatly dismembered and stuffed into garbage bags and dumped at two remote highway rest stops in Ocean County, New Jersey. A medical examiner would later determine the cause of death to be multiple stab wounds to the chest and stomach.

Anthony Marrero, 44, was a sex worker who worked around midtown Manhattan. He was last seen on May 6, 1993, near Port Authority Bus Terminal. His body parts were found in multiple trash bags a day later alongside a rural stretch of road in Manchester Township, New Jersey. The medical examiner determined the cause of death as "multiple stab wounds," according to court documents.

Michael Sakara was a 56-year-old gay man who worked as a typesetter for the New York Law Journal and lived in Manhattan. On the night of July 29, 1993, he was seen drinking at a bar in Greenwich Village with a man he introduced to his friend as a nurse from the nearby Saint Vincent's Hospital. He was seen leaving the bar and getting into a car with the man. Days later, his body parts were found carefully packed into trash bags picked up from a rest stop in Rockland County, New York.

Though remains were found in three different states, the four cases shared both murder and disposal methods and the victims fit the same profile: middle-aged gay men. A joint task force was formed that included representatives from the Ocean County Prosecutor's Office, the New Jersey State Police, the Rockland County District Attorney's Office, the New York City Police, and the Pennsylvania State Police. Saw blades and surgical gloves found with Mulcahy’s remains were traced to stores on Staten Island, as were the trash bags used to dispose of Marrero. After that, however, the tracks ran cold. It would remain that way until the end of the decade.

In 1999, Thomas Mulcahy's widow Margaret asked the New Jersey State Police for an update on the case. In the years since, there had been significant advances in forensic technology, and the advent of the Internet had made it easier than ever before for police departments around the country to share information. Following Margaret Mulcahy's inquiry, evidence from the Anderson, Mulcahy and Marrero murders was sent to the Toronto Police Department, who were using cutting edge technology which lifted multiple matching fingerprints off them.

In 2000, the New Jersey State Police sent out the prints and an explanation of the case to authorities in every state looking for a match. In May 2001, a call came in from Maine. “They said ‘We got him’," Ocean County prosecutor William Heisler told the New York Times.

In 1973, long before moving to New York City, Richard Rogers Jr. had killed a man and stood trial for murder. While a graduate student at the University of Maine, Rogers claimed his roommate, 22-year-old Frederick Spencer, attacked him with a hammer. In the ensuing melee, Rogers said he grabbed the weapon from Spencer and struck him in the head with it. Eight times. He later dumped the body on the side of the road in a wooded area, according to The Journal News, a local New York newspaper. Rogers claimed he was acting in self-defense and was acquitted after spending six months in jail. He switched schools and left the area.

When Rogers was questioned on May 28, 2001, he was told he was the victim of credit card fraud. According to court documents, detectives described him as "very polite at the time, very cooperative." Police told him they were actually investigating the murders of four gay or bisexual men in the early ‘90s, and when shown photos of the victims, Rogers said he recognized Sakara from the Five Oaks. But when he found out that police had linked him to all four murders, Rogers requested counsel and was taken into custody. He was subsequently held on $1 million bail.

In late 2005, Richard Rogers went on trial in New Jersey for the murders of Thomas Mulcahy and Anthony Marrero. On November 10, he was found guilty of both murders, as well as two counts of hindering his own apprehension, and was sentenced in February to 30-years-to-life on each murder charge with additional two-and-a-half years for each hindering apprehension charge. All four sentences must be served consecutively, adding up to at least 65 years behind bars. Now 68, he is currently being held at New Jersey State Prison in Trenton.

“Mark of a Killer” examines the mark of infamous serial killers — in this case, the way Rogers disposed of his bodies — and is streaming now on Oxygen.com.