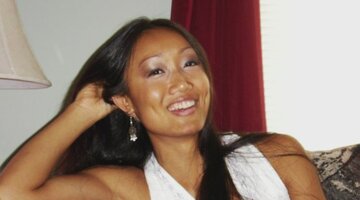 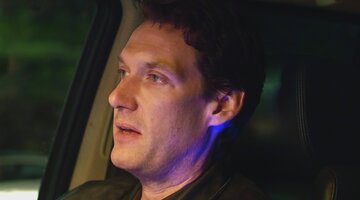 On July 13, 2011, 32-year-old Rebecca Zahau was found naked and hanging from a balcony at her boyfriend Jonah Shacknai’s California summer home. The shocking discovery came just days after Jonah’s son Max fell in the mansion — suffering injuries that would later prove fatal — while in Zahau’s care.

Despite authorities ruling Zahau’s death a suicide, her family members insist she didn’t die by her own hand. They even brought a wrongful death lawsuit against Adam Shacknai, the brother of Zahau’s boyfriend, who was the one reportedly found her body and called 911, saying he found her that morning and cut her down. Law enforcement investigators had cleared Adam of any involvement in Zahau’s death.

But at the civil trial, Zahau’s family attorney argued Adam killed Zahau. In April 2018, the civil jury found Adam liable for her death. Adam filed an appeal in the civil case, but it was later settled in February 2019, although Adam asserts his insurance company settled the case without his knowledge, NBC San Diego reported.

Adam, who has maintained his innocence and denied all allegations against him, has never been criminally charged. In December 2018, following the civil trial and a case review, the San Diego Sheriff’s Department, Coronado Police Department, and San Diego Medical Examiner’s Department maintained Zahau’s death was a suicide.

Here is a look at some of the evidence in the case.

Red rope bound Zahau’s ankles and hands. Investigators with the sheriff’s department say Zahau tied the rope, including the knot binding her hands behind her back.

A knot expert hired by the Zahau family attorney Keith Greer testified at the civil trial that the knots tied around Rebecca were consistent with nautical maritime knots. Adam, a tugboat captain, would be familiar with maritime knots, Greer argued.

A different knot expert for the defense testified self-tying was possible in this case and disputed the knots on Zahau’s body were uniquely nautical. During cross-examination, the Zahau family attorney asked the defense witness to demonstrate how Rebecca tied the knots.

Lieutenant Rich Williams of the San Diego Sheriff’s Department Homicide Unit, who reviewed the case in tandem with other agencies, said at a press conference in 2018 that family and witness statements indicated Zahau did have some experience tying a boat knot.

A painted message and knives in the bedroom

Lab testing revealed the message painted on a door leading to the bedroom that read, “She saved him can you save her,” matched paint found on Rebecca’s body, according to law enforcement. Two kitchen knives were also found inside the room.

Forensic specialist for the Zahau family, Lisa DiMeo, testified at the civil trial that in her opinion it looked like Zahau’s menstrual blood was on all sides of a knife handle. Zahau family attorney Keith Greer alleged during opening statements it meant Zahau was sexually assaulted with the handle.

At the 2018 press conference on the review of the case, Lieutenant Williams said the autopsies did not find any evidence of sexual assault. Tests only showed Zahau’s DNA on the smaller knife, which had no fingerprints, according to the San Diego Sheriff’s Department. A mixture of DNA of at least two individuals was found on the larger knife, but the sample was insufficient for testing. Zahau’s fingerprints were also found on the blade.

In closing arguments at the civil trial Adam’s Defense Attorney said no DNA, evidence, or testimony from witnesses connected Adam to Rebecca’s death.

On the balcony, authorities say they found bare feet and toe impressions they believe were consistent with Zahau’s foot size and a person leaning forward over the railing. Sheriff Department Investigators said disturbances to dust on the railing matched the width of Zahau’s torso and the rope. A boot print that was traced to a responding officer was also on the balcony.

Expert witness for the Zahau family, Dr. Cyril Wecht, argued at the civil trial Zahau was strangled, and claimed her death was made to look like a suicide. Wecht was questioned during cross examination by Adam’s defense team as to why he changed his previous opinion on Zahau’s manner of death from undetermined to homicide.

Retired Sheriff’s Department senior latent print examiner, Linda Wright, was called by the defense and said she did not find Adam's fingerprints on any of the items tested. She also said she did not find evidence the balcony door was wiped down. However, when asked by the Zahau family attorney during cross-examination she testified parts of the balcony door could have been wiped down.

The civil trial brought into question if gloves found in different parts of the home were tested, including a latex glove found in a crawl space and a pair of garden gloves located on the living room table. Lieutenant Williams said each were tested in 2011. Despite one of the garden gloves showing a mixed sample of at least two individuals, the gloves provided insufficient amounts of DNA either for testing or conclusions.

Jonah’s son Max was in a coma, according to a report from the San Diego Sheriff’s Department. Jonah claimed he left a voicemail detailing a turn for the worse before Sheriff’s Homicide Investigators believe Zahau died. Although cell phone records confirmed he left a message, investigators with the sheriff’sdepartment say they are not able to retrieve the content of the deleted voicemail.

To learn more about the case, tune into “Death at the Mansion: The Case of Rebecca Zahau” premiering on Saturday, June 1 at 6 p.m. ET/PT.