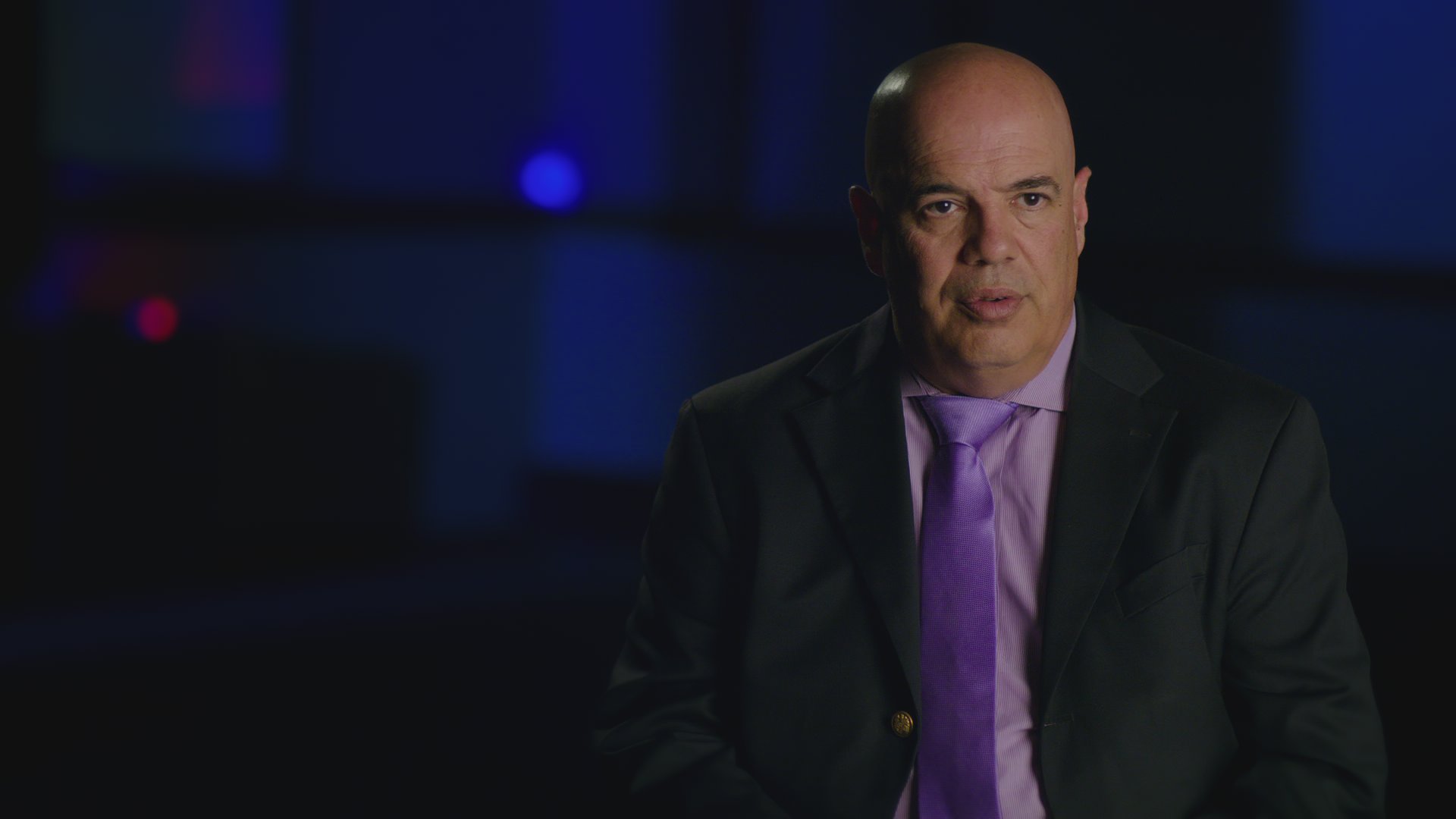 Tony Hayes’ professional life was defined by duty: An officer with the Memphis Police Department, he was also at one point a member of the United States Marine Corps.

His romantic life, however, was a different matter completely — a tangled web of deception, jealousy and disdain involving multiple women — and it would end up costing him his life.

In the days leading up to the body’s discovery, friends and family had grown worried after not hearing from him. Hayes was supposed to pick up his 12-year-old son, Dominique, and go to a barbecue after finishing his security shift at an East Memphis apartment complex — he was usually off Mondays and Tuesdays at the police department — but the boy couldn’t reach him. It was then learned that Hayes never even showed up to his security gig to begin with.

“The phone is going to voicemail. He’s vanished from the earth,” Caroline Mason, lieutenant colonel at the Memphis Police Department, said in the latest episode of “In Ice Cold Blood.” “Where is he? He’s a police officer. He’s a military guy. He’s a father. He knows about accountability.”

Tony’s mother, who had scooped up Dominique to have him stay with her, then proceeded to file a missing persons report.

“When you’re doing a missing persons investigation for an adult, you have to consider the fact that an adult has the right to go where they choose, when they choose,” Lt. Tony Mullins of the Memphis Police Department said in the episode.

In addition to Hayes normally having Mondays and Tuesdays off, he had also taken a vacation day that Wednesday, Sept. 6. So, while investigators began speaking to people close to Hayes, their search hadn’t quite kicked into high-gear, since there was still a chance he could show up to work on Thursday.

The first person they spoke to was Corrections Officer Monique Johnson, Hayes’ girlfriend at the time, who said the last time she saw him was Labor Day morning.

“We asked Monique about her relationship with Tony," Mullins said. "It was one of those situations where everything was just fine. They didn’t have any issues."

Investigators checked Hayes’ house afterward and noticed that his silver Lexus was not parked in the driveway, which they took to mean he could still be out there somewhere. They also found a bunch of cut-up male clothing in a trash bin outside the home.

“That let me know that there was an angry woman somewhere that had cut those clothes up,” Mason said.

Police soon discovered that Hayes was actually still married to a woman named Raja, despite seeing Monique Johnson romantically. According to Hayes’ other ex-wife and mother of Dominique, L’Tonya Reid, Hayes married Raja in January 2005, but the couple was separated in less than a year.

Raja was living in Las Vegas at the time, working for the Transportation Security Administration. She told investigators that, although her job was the main reason for their separation, she had also caught Hayes cheating on her — with Monique Johnson. Still, Raja maintained that she had no ill will toward Hayes; police were also able to quickly verify her alibi.

When the Thursday after Labor Day rolled around and Hayes hadn't shown up to work, police quickly started pulling out all the stops in the missing persons case. They executed a search warrant of Hayes' residence and subpoenaed his phone records.

A text message from Sept. 4, reading, “Hey babe, do you want to go for a jog?” quickly stood out. Not only was it from the day Hayes went missing, but it was from a previously unseen phone number. Police traced the number to yet another woman, named Kim Chism.

“When Kim found out that Tony was missing and that’s what we were investigating, I don’t think she was very surprised,” Mullins said.

Chism told investigators that after she sent that text, she received a phone call from Hayes’ number — but it was Monique Johnson on the line instead. After Chism explained to Johnson that she was just trying to see if Hayes wanted to go for a morning run, Chism told investigators, she could hear Johnson yelling at Hayes about him seeing other women.

When police returned to Johnson’s house, investigators said, her demeanor changed drastically from their first encounter that Monday. She was brought to the police station, and investigators confronted Johnson with inconsistencies in the timeline she gave them on the day Hayes allegedly went missing.

Additionally, while Johnson's interview was taking place, other investigators discovered a police report Hayes filed on May 19, 2006, when he was allegedly a victim of vandalism. According to the report, someone cut up his bedroom mattress, cut the cords of his electronic devices, keyed his car and cut up his clothes — just like the garments that were found in the trash bin at his house. Monique Johnson happened to be the suspect in that case.

“We cleared all of our leads, but there’s Monique, still sitting there,” Mason said. “I just looked at her and said, ‘Monique, tell me where Tony Hayes is, so his mother, and his son can have some closure.’ She looked at me and said, ‘I’ll take you to him.’”

Johnson took police to the apartment complex, where they saw Hayes’ Lexus parked there. His body had been in the trunk for four days.

But, even after confessing, Johnson’s version of the incident was still rife with inconsistencies.

“She had so many stories,” Patience Branham, a former prosecutor at the Shelby County District Attorney’s Office, said in the episode.

In Branham's telling, the “jogging” text led to an argument, after which Hayes followed Johnson back to her home and started violently beating her in her garage. Johnson said she shot Hayes in self-defense, then enlisted the help of her 16-year-old son, Donald, to get the body in the trunk of the Lexus. She said that they left the car at the apartment complex, then got dinner and saw a movie afterward.

But when police questioned Donald Johnson, he told them that the shooting took place in the home’s master bedroom. To corroborate his story, Johnson explained to police that he and his mother actually took a door from a house that was being built nearby and swapped it with their bathroom door, because there was a bullet hole in theirs.

Sure enough, police were able to find the door in question, along with more evidence — most damningly, a bloody mop that appeared to have been used to scrub the crime scene.

Later, Hayes' autopsy further shredded Johnson’s testimony. Investigators determined that Hayes had been shot six times, with no indication that the shooting was done in self-defense. Rather, investigators alleged that Hayes’ murder was a straight-up execution — carried out with a firearm issued by Hayes’ department, no less.

Almost two years later, in February 2008, Monique Johnson was put on trial for the murder of Tony Hayes.

During the trial, Johnson’s defense team tried to portray Hayes as an abuser, insisting that Johnson acted out of fear for her life. Johnson also described the phone call she had with Kim Chism the day of the murder.

"She said, 'Hi, baby', and I said, 'This isn't baby, this is baby's girlfriend,'" Johnson said, according to a 2008 report by The Commercial Appeal, a local Memphis newspaper. "I was upset, but I didn't raise my voice ... I told Tony that was the last straw, and that I was not going to deal with him anymore."

Ultimately, Johnson received a reduced charge of reckless homicide and given a four-year suspended sentence; Hayes’ former colleagues interviewed for “In Ice Cold Blood” considered the punishment “a slap on the wrist.”

All Posts About
Crimes of Passion
Murders A-Z
Related Stories

Model And Mother Of 2 Found Dead In Florida Swimming Pool