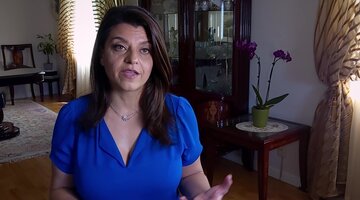 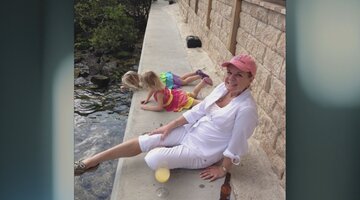 1:10
Exclusive
Who Was Pamela Hutchinson?

David Riess was a kind, small-town Minnesota worm farmer, but as a former family friend put it, his wife, Lois Riess, is a “monster.”

It was Lois who murdered David at their home in March 2018 before fleeing to Florida, where she killed a look-alike stranger, Pamela Hutchinson.

Same murder weapon: a 22-caliber pistol. Same modus operandi: bodies left to rot in a bathroom, where towels were positioned to hide the horrid smell of decomposition. Same motive: to snag money to feed her gambling addiction.

The similarities were striking. But there’s also a glaring contrast in the back-to-back homicides by Lois, who was 56 when she pulled the trigger. No one saw the murder of David Riess, 54, coming. But the slaying of Hutchinson, 59, may have possibly been avoidable if there was less red tape and more communication between statewide jurisdictions, as seen on Oxygen's "Injustice with Nancy Grace,” airing Thursdays at 9/8c on Oxygen.

In early 2018, nobody imagined Lois Riess being at the center of a national manhunt and a cold-blooded murder plot.

She was a daycare worker, who had three kids and five grandchildren. She and her husband were very social, so when the Riesses went missing for two weeks and were no-shows at work, locals noticed. On March 23, 2018, officers carried out a welfare check on the couple’s home in Blooming Prairie, Minnesota. The decaying corpse of David Riess was found in a bathroom.

Lois, his wife of 26 years, was nowhere to be found. Their Cadillac Escalade was gone as well. Was she the victim of foul play? Had she been kidnapped and the car stolen?

But investigators explored Lois’ background, and what they turned up presented an alternative theory. It turned out she had a gambling habit. She had stolen $100,000 from her sister to pay for her high-stakes vice, reported CBSN Minnesota in 2018. In an even more suspicious turn, Lois had transferred $11,000 from her dead husband’s business account to his personal account.

Amid the mounting evidence, Lois went from being a missing person to a person of interest for murder, theft, and forgery. Where was this “fugitive granny,” as she was called by media outlets? Officials were on the hunt.

On April 2, Tess Koster, a Florida snowbird who lived in Blooming Prairie and had befriended the Riesses in 2005, finally got the answer to that question. She saw Lois was standing outside her home in Fort Myers, according to a separate CBSN Minnesota report in 2018.

Koster told producers it took a moment to realize it was Lois. The two women locked eyes, and it was clear they knew they knew each other. Lois muttered, “Wrong house,” before speeding away, Koster said.

Aware that Lois had gone missing after her husband was shot and killed and that there was an APB out on her, Koster got on the phone pronto to do the right thing and notify law enforcement. But when Koster called 911 she said she was frustratingly passed between Florida and Minnesota officials who said they weren’t the ones in charge of the case.

Koster was passed around “like a hot potato,” said former prosecutor Nancy Grace, who claimed that the breakdown in the system enabled a person of interest in a murder case “to roam free.”

A week later Hutchinson’s body was found in a rented condo at a nearby resort where staff had gone door-to-door because of a water issue in the building. A foul stench coming from inside the unit signaled something was very wrong.

As investigators dug into the case, surveillance video from April 5 captured Lois with Hutchinson. The recording was taken during a happy hour at a brewery in Fort Myers, the Associated Press reported in 2018.

Authorities believed Lois went after Hutchinson to take her identity since the two looked quite similar.

And Lois didn’t stop at taking Hutchinson’s life and identity. She stole her car and withdrew $5,000 from the dead woman’s bank account like it belonged to her.

“The despicable woman not only murders her but becomes her,” James Copenhaver, former deputy sheriff in Orange County, Florida, told producers.

But three days after Hutchinson’s murder, the well of blood money ran dry. When Lois stopped at a gas station, the transaction was declined.

A murder warrant was issued. The hunt for the cold-blooded grandmother escalated, and the U.S. Marshals Service joined the search.

Wanted posters with Lois' picture on them were distributed locally, including at casinos. A $6,000 reward was offered for help in tracking down the suspect. She was captured and arrested at a restaurant in the resort town of South Padre Island, Texas.

But Lois, meanwhile, had been conducting a search of her own — for another possible victim, investigators reasoned. They learned Lois had made a new acquaintance in South Padre. Days before her arrest, Lois had dinner with Bernadette Mathis, 65, whom she met in Texas. She also stayed in the woman’s guest room. Authorities believed the woman may have been targeted as a potential third murder victim. Luckily, Lois was caught just in time.

At the end, Lois' crimes spanned two states. She was prosecuted first in Florida, where she faced an array of charges including homicide, grand theft, grand theft auto, and identity theft  — which meant the possibility of the death penalty.

But due to an “overburdened” legal system, justice would be delayed, according to Grace. Eventually, in December 2019, prosecutors took the death penalty off the table in exchange for a guilty plea from Lois. She was sentenced to life in prison for the murder of Hutchinson — whom she eventually admitted she killed because they looked alike.

In July 2020, Lois was transferred to Minneapolis’ Steele County Detention Center after being extradited to face a charge of first-degree murder in her husband David Riess’ killing in March 2018.

Lois originally pled not guilty to David’s murder, but in August, she changed her tune. Lois pleaded guilty to first-degree murder in the 2018 death of her husband.

Already hit with a life sentence for killing Hutchinson, Lois was given another life term for killing her husband.

Koster likened Riess’ split personality to “a switch” getting flicked, telling producers, “She went from being a really nice person to being a monster.”

To learn more about the case, watch “Injustice with Nancy Grace,” airing Thursdays at 9/8c on Oxygen or stream episodes on Oxygen.com.

Man Allegedly Strangles Relatives And Lives With The Corpses