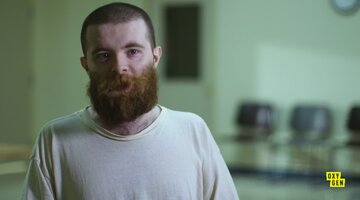 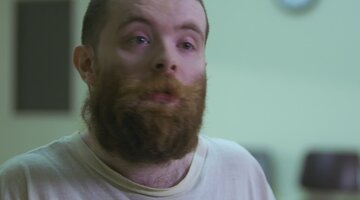 2:39
Preview
Killer Couples: Nick Godejohn Tells His Side Of The Gypsy Rose Case

The love story between Gypsy Rose Blanchard and Nicholas Godejohn could sound like that of any average, young couple beginning a new relationship. The pair met on a Christian dating site and began talking regularly online, before meeting in person at a movie theater.

However, Gypsy revealed to Godejohn over the course of their relationship that her mother, Clauddine “Dee Dee” Blanchard, had been abusing her by forcing her to use a wheelchair and feeding tube. Gypsy’s alleged ordeal is a type of child abuse that experts refer to as Munchausen by proxy.

Both later would face charges related to Dee Dee’s death —  Godejohn would be convicted of first-degree murder for killing Gypsy’s mother, and Gypsy pleaded guilty to second-degree murder. Godejohn shared details about his intimate relationship with Gypsy on "Killer Couples: Gypsy Rose & Nick: A Love to Kill For."

They both took on different personalities when they communicated, according to Godejohn. He claimed to have several alternate personalities, including one that showcased his sexually dominant side.

“I started exploring it with Gypsy because she’s the one I’d hoped would be brave enough to actually explore it with me,” Godejohn said.

Dr. Marc Feldman, author of the book “Dying to Be Ill: True Stories of Medical Deception” and a clinical professor of psychiatry at the University of Alabama, said on the episode that Gypsy went along with the alternate personalities because she was desperate for Godejohn’s love and attention .

“Rose” was one of Gypsy’s alternate personalities, according to Godejohn.

“That one is basically the most mature form of Gypsy,” Godejohn said. “Bella is another one that most people don’t know about. That was basically the romantic part of her.”

Gypsy spoke about Godejohn’s personality named “Victor” in an interview with Dr. Phil on his true crime podcast. Victor represented Godejohn’s evil side, and was described as a vampire on the podcast.

Dr. Feldman spoke with Oxygen.com about the couple’s alter egos, and said it’s unclear how Godejohn might have developed the belief that he was channelling a 500-year-old vampire.

“I think it tended to bind his ego and keep him from deteriorating further psychologically to think of himself as not weak, but in fact buried within him was this very strong, ancient character,” Feldman told Oxygen.com. “It was Victor who was mobilized, in a sense, this personality state, to commit the actual murder.”

Godejohn was diagnosed with autism in grade school, according to his father, Bobby, who spoke out in the “Killer Couples” episode.

However, the severity of Godejohn’s autism spectrum disorder was called into question by a psychologist brought in by prosecutors at his trial.

“I do think that — considering that there can be lots of ramifications from an autism spectrum disorder — that, in Nick's case, the persona of Victor may have been just an odd manifestation or a kind of twist in the road that most people with autism don't have,” Feldman said. “Why? His background, his genetics, his upbringing played a role in his developing this particular permutation. I just don't know.”

Feldman added that most people with mental illness or autism tend to be victims of violence, rather than perpetrators.

Gypsy is currently serving a 10-year sentence with the possibility of parole, after pleading guilty to second-degree murder, and Godejohn is serving a life sentence, after being convicted of first-degree murder.

To learn more about their relationship and their alter egos tune into “Killer Couples: Gypsy Rose & Nick: A Love to Kill For” only on Oxygen.