Sign Up for Free to View
Who Is Dr. Peter Normann? 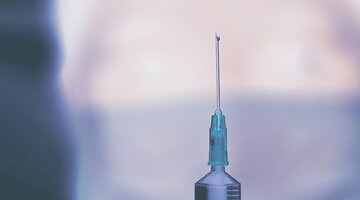 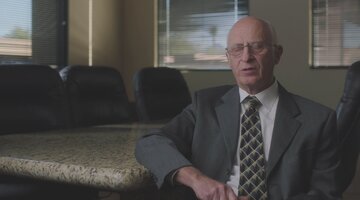 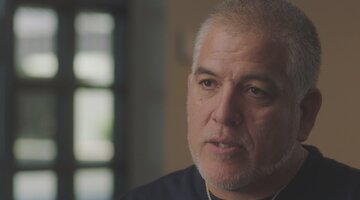 Nearing her 45th birthday, nurse practitioner and mother of five JeanAnn Schwark was looking to restore some of her youth through cosmetic surgery.

“I had decided I wanted to maybe look a little bit better in my bathing suit. I wanted to have my upper body done and on the backs of my arms,” she told “License to Kill,” airing Saturdays at 6/5c on Oxygen.

After seeing a magazine advertisement for Dr. Peter Normann’s “lunchtime lipo” — a quick, minimally invasive liposuction procedure — Schwark was intrigued. To confirm she would be in safe hands, she looked up Dr. Normann on the Arizona Medical Board website and found he had “a completely clean complaint history.”

“I really wasn’t worried in the slightest,” Schwark said.

On the morning of Sept. 14, 2006, she arrived at Normann’s clinic in Phoenix, Arizona and was given a handful of pills, which quickly knocked her out.

“That’s when the nightmare part of this started for me,” she told producers.

Twelve hours later, around 10 p.m., Schwark woke up in complete darkness feeling as if she had “been beaten up.” Still in immense pain, she pulled herself off the cold table and made her way to the bathroom. When Schwark looked in the mirror, she was met with a bloody, horrifying sight.

“I couldn’t believe the reflection I was seeing was me,” she told “License to Kill.” “Something very bad had happened to me. I didn’t know what it was. All I knew was that I had to get out of there as quickly as I possibly could and get to some sort of safety.”

Schwark eventually made it home and collapsed onto her bed, which looked like “a crime scene” the following morning. Examining herself, she found approximately seven holes in her body, and the incisions were infected.

With her background in health care, Schwark knew the best course of action was to perform wound irrigation and allow them to heal on their own. While she said she knew Dr. Normann’s treatment qualified as “beyond negligence,” she failed to report him to the Arizona Medical Board.

“I just was embarrassed professionally, and I blamed myself for what had happened to me,” Schwark told producers.

It was just three months later, however, that authorities were called to Dr. Normann’s office.

On Dec. 12, 2006, first responders arrived to find a clinic employee giving 33-year-old patient Ralph Gonzalez CPR. Gonzalez had gone into cardiac arrest during a liposuction procedure, and his stomach was severely distended, indicating that the airway tube had been put down Gonzalez’s esophagus instead of his trachea.

“In my opinion, the people that were in that room performing CPR had no idea what they were doing. [They were] very panicky, and they had the look of terror in their eyes,” former firefighter and paramedic David Duarte told “License to Kill.”

After paramedics loaded Gonzalez into the ambulance, Dr. Normann jumped in the back and road with them to the hospital. Duarte, who was “100 percent sure” that the tube had been inserted incorrectly, removed it from Gonzalez’s stomach. When he tried to intubate Gonzalez a second time, Dr. Normann grabbed the tube and forced it down Gonzalez’s throat in a “very violent” manner, which resulted in blood spurting out of his mouth.

“I’d never experienced something as abnormal as this,” Duarte told producers. "This was truly someone trying not to let me do what I'm supposed to do.”

In an attempt to save Gonzalez’s life, Duarte elbowed Dr. Normann in the neck and pushed him away from the gurney. When they arrived at the hospital, Gonzalez’s care was transferred to an emergency room doctor, but he was later pronounced dead.

Shocked and disturbed by Dr. Normann’s behavior, Duarte called the Arizona Medical Board and filed an official complaint against him. The following month, an official investigation was opened into Dr. Normann, but it found no violation of the Medical Practice Act.

"The Arizona Medical Board could not find a serious violation of 32 statues that needed to be present before they could proceed,” former lead attorney Dean Brekke told “License to Kill.”

Four months later, in April 2007, emergency responders were dispatched to Dr. Normann’s clinic to assist another patient, 41-year-old Alicia Santizo, who had coded during her procedure.

Dr. Normann told former firefighter and paramedic Jeff Hinrichs that he was unsure what had happened to Santizo, and when Hinrichs checked her airway tube, he discovered oxygen wasn’t flowing. Hinrichs then removed the tube, and as Santizo was being wheeled to the ambulance, Dr. Normann asked if he could ride along, which Hinrichs declined.

While paramedics performed resuscitation efforts, she ultimately died at the hospital.

Coincidentally, Duarte was at the emergency room at the same time as Hinrichs, and he informed Duarte of the second patient’s death. Duarte contacted the medical board regarding Santizo’s case, and they drafted up an interim practice restriction to ensure Dr. Normann would not have any other patients in his care until the board had a chance to investigate.

Edward Eades, a plastic surgeon who was asked by the board to serve as an outside medical consultant on the case, discovered a “laundry list of deviations from the standard of care,” dubbing Dr. Normann’s clinic a “surgical nightmare, a ghastly shop of horrors.”

Digging deeper into the patient deaths, Eades found that before Gonzalez’s liposuction began, he was given 10 times the lethal dose of lidocaine, causing his oxygen levels to drop and his heart to stop. When the breathing tube was inserted improperly, it only hastened Gonzalez’s death.

Investigators also learned that during Santizo’s Brazilian butt lift procedure, she suffered a cardiac arrest due to a fat embolism, which occurred after fat was accidentally injected into her vein. The fat then entered Gonzalez’s blood vessels and created a blockage, causing her heart to stop.

As the medical board continued its investigation, first responders were called to Dr. Normann’s clinic, where they found 53-year-old patient Leslie Ann Ray in distress. Her stomach was distended, and she wasn’t breathing.

Ray was quickly transported to the hospital, where she later died.

Authorities learned that this time, it wasn’t Dr. Normann who had performed the liposuction procedure, but a homeopathic physician named Dr. Gary Page, whom Normann had contracted to perform cosmetic surgeries while his practice was restricted.

While Dr. Page wasn’t licensed to perform any kind of surgical procedures in Arizona, he was carrying them out under Normann’s direction.

“The reason he wanted to continue to practice in this particular area was completely monetary, and he didn’t care that he didn’t know what he was doing,” Brekke told producers.

Following Ray’s death, Normann charged her credit card for the full amount of the procedure.

“This lady paid for her own death. That tells you what kind of person Dr. Peter Normann is,” Duarte said.

After the third death, authorities treated Dr. Normann’s clinic as a crime scene, and in a search of the property, they found a bloody endotracheal tube in the trash.

“I knew that Dr. Normann had intubated the other two patients who had died. I had every reason to believe that he had attempted it on this patient as well, even though in his note he said that he did not,” Eades told “License to Kill.”

The Arizona Medical Board subsequently revoked his license, and Dr. Normann’s case was referred to the county attorney’s office. He was then indicted on two second-degree murder charges for the deaths of Gonzalez and Ray, and one charge of manslaughter for Santizo’s death.

After posting bail, Dr. Normann fled the county to avoid prosecution, and an arrest warrant was issued if he ever appeared back in the U.S. Although he was gone for about a year, he was apprehended in October 2008 while entering the country at an airport in Kentucky, and he was remanded without bond.

In the summer of 2011, Dr. Normann was brought to trial, and all three cases were prosecuted together. He was ultimately found guilty as charged for all three counts, and he was sentenced that September to 25 years in prison.

Dr. Normann appealed his sentence, however, and the conviction was overturned, resulting in a judge ordering each case to be retried separately. Five years later, he was found guilty of second-degree murder in Ray’s death, and he settled in the other two cases, pleading guilty to second-degree murder and manslaughter.

Dr. Normann was given 10 years for each of the second-degree murder counts, and he was given five years for the manslaughter charge.

To learn more about the case, watch “License to Kill” on Oxygen.com.