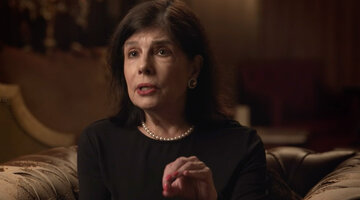 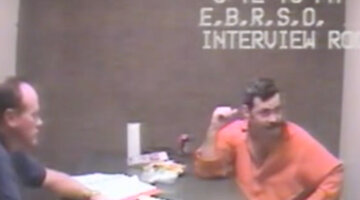 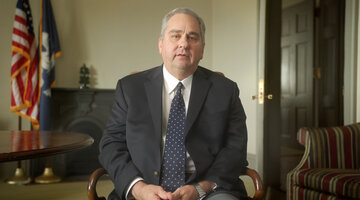 From 1993 to 2004, authorities allege that multiple men killed numerous women in the Baton Rouge area.

Lee, who has since died of disease, is suspected of killing at least seven women from 2002 to 2004; Gillis told investigators he murdered at least eight women; and Guillory was convicted of killing one woman, though he is a suspect in other cases.

It's a terrifying thought that multiple serial murderers could terrorize one area at the same time. It's natural to wonder, how could that have happened? What was it about this city?

But while it may seem that multiple factors — lack of mental health counseling, poverty, and high rates of violence — contributed to these three men terrorizing Baton Rouge around the same time, an expert said that scholars in the field of criminology can only surmise that it was pure coincidence.

“If you look across the entire United States over the last 50 years, you're going to have these types of clusters,” Dr. Kim Rossmo, the Director of the Center for Geospatial Intelligence and Investigation in the School of Criminal Justice and Criminology at Texas State University, told Oxygen.com. “It's not like it's a long-term trend or anything, it's just random.”

He continued, “Let's say there was something in the water, we would expect that to continue on, but it hasn't.”

Dr. Rossmo also noted that Gillis claimed to have killed at least eight women because of stress, but as he said, “All sorts of people have stress, and they don't they don't go on and commit murders.”

In fact, throughout Rossmo’s studies, he’s found that most serial killers do not suffer from mental health issues. And if Lee, Gillis or Guillory had been diagnosed with a specific illness, he emphasized, “Most people with mental health problems aren't violent killers, let alone serial killers.”

Rossmo, who created a geographic profile for the Lee case, added that criminologists still don’t understand the motives of serial killers as there aren’t enough statistics on random serial murders. The reality is a majority of homicides “occur between people that know each other.”

In the case of Lee, who is suspected of killing at least seven, Dr. Rossmo said that he was apprehended within a relatively quick time frame because he stayed in one place, compared to a serial killer like Samuel Little, who “moved all over the country."

“The ones that get caught are the ones that stay in the same place and do a lot in a short time period,” he explained. “All it takes is one mistake and they’re caught.”

Dr. Rossmo said that, in his opinion, the Baton Rouge investigators might’ve been slower to catch Lee because they were originally looking for a white suspect — because most American serial killers are white — before a DNA analysis found that the assailant was sub-Saharan African. While this assumption is commonly accepted as fact, Dr. Rossmo said that statistics have shown that the majority of serial killers will reflect the population they belong to.

So while it seems like there was a series of factors that led to Lee, Gillis and Guillory operating within the same time frame, Rossmo said that there’s little evidence to confirm this theory.

Simply put, he said, “If you look at enough stuff, you're going to find these sorts of connections or clusters, but they're not statistically valid."

Who Is The ‘Baton Rouge Serial Killer’ Derrick Todd Lee?