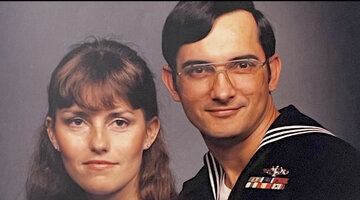 1:22
Preview
A First Look at the Murder of James Radcliff 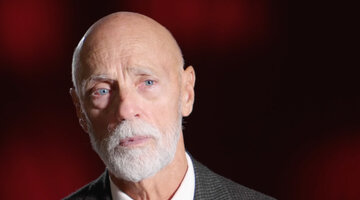 3:27
Preview
Suspicion Rises While Investigating the Murder of James Radcliff 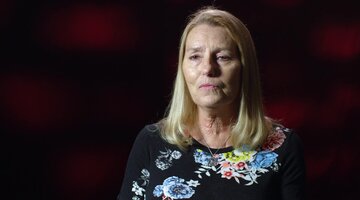 Now Playing
3:10
Preview
James Radcliff’s Ex-Wife Gets Emotional While Reminiscing on His Life

James Radcliff spent nearly two decades in the U.S. Navy, earning the respect of his peers with his work ethic and positive attitude. A fellow service member, however, would orchestrate his murder after an affair with his wife.

James grew up in Aspermont, Texas and enlisted after high school. He was a Mess Management Specialist, cooking for officers, and was stationed throughout the East Coast as well as overseas.

He was also fulfilled in his personal life: He met his first wife, Sandy Dasher, when they were still teenagers. They had two sons together, Spencer and Nathan.

“He was very kind and very romantic. He was the type of guy that opened up the door for you and pulled out the chair when you wanted to sit down,” Dasher told “Snapped: Killer Couples,” airing Sundays at 6/5c on Oxygen.

In 1983, the Radcliffs relocated to Florida’s Naval Air Station Pensacola, known as “The Cradle of Naval Aviation." Sadly, James’ extended periods of deployment eventually drove a wedge in his marriage. James and Sandy divorced in 1987. Soon after, he met a 29-year-old named Robin at a local bar.

Robin was born in Utah and had been twice divorced before moving to Florida. She had a daughter and a son.

“She seemed like a nice person. I assume she was drawn to [James] because of his sweet personality and his kindness and his outgoingness and being able to joke about things,” said Dasher.

After dating for just a couple of months, James and Robin were married. He was later reassigned to Naval Air Station Oceana in Virginia Beach, Virginia.

In the summer of 1991, James was months away from retiring from the Navy. After the end of his service, he hoped to become a professional chef and work in a big restaurant.

He never got the chance.

At 2:20 a.m. on July 29, 1991, a woman called 911 in Virginia Beach, saying her neighbor Robin Radcliff was at her front door screaming. Responding officers found Robin covered in blood, sitting on the floor of her living room and cradling her 13-year-old son. She pointed them to the master bedroom, where James lay unresponsive and bleeding profusely.

“The master bed itself was completely saturated with blood.  There was blood spatter all over the headboards, the back of the wall, both sides of the bed and pillows,” retired Virginia Beach Police Detective Paul Yoakam told “Snapped: Killer Couples.”

Robin said she was asleep when she was awoken by people inside the bedroom. She was held down while James was beaten by several men, she claimed.

The Radcliffs were taken to a local hospital where James died from his injuries.

Detectives found an open window in the Radcliffs' apartment that was the assailants’ point of entry. A phone on a bedside table had been ripped out of the wall and James’ wallet, a video cassette recorder, and a video game had all been taken from the home, according to court documents, suggesting a robbery gone wrong.

Following James’ death, the Virginia Beach Police Department notified the Naval Criminal Investigative Service. The case was designated a homicide investigation and his body was taken for an official autopsy. He had been stabbed and suffered blunt force trauma to the head.

“The cause of death was from the blood loss and aspiration, actually breathing in his own blood,” said Yoakam.

Detectives interviewed Robin, who claimed she and James were happily married. During the interview, however, NCIS contacted Virginia Beach PD to say all was not well in the Radcliff home.

“Some of the shipmates had told them that James Radcliff just about a week ago had a fight. James told one of his shipmates that somebody actually threatened him and so he felt afraid for his life,” said Yoakam.

The altercation was with a fellow Navy man, Gerardo “Gary” Hinojosa. It occurred after James came home to find Hinojosa at his apartment with Robin.

“James Radcliff eventually said that he kept prompting his wife about this Gary and she finally admitted that she was having an affair with him while he was deployed,” Yoakam explained.

Detectives asked if they could search Robin’s car, which she had driven to the interview in, and she agreed.

“I found in the glove compartment a Hallmark card. On the front of it, on the card is a pregnant woman,” said Yoakam. “I open it up and it’s addressed to Robin.”

The card was from Gary Hinojosa. When confronted with the card, Robin admitted to the affair. She was pregnant with his child, according to court documents.

Hinojosa soon arrived at the station to check on Robin and agreed to an interview with detectives. Hinojosa was stationed at NAS Oceana and worked with Robin’s son-in-law, Michael Bourne. He admitted to both the affair and the fight with James but claimed the relationship with Robin was over.

Hinojosa alleged that on the night of the murder he was home. Robin's daughter Tina and son-in-law Michael had actually moved in with him that weekend and after they returned from a dinner at the Radcliffs’ that night, they had watched television together until 1 a.m. The Bournes later confirmed his alibi.

Believing the Bournes were the weak link in the couple’s wall of silence, they were brought in for questioning in September 1991. Eventually, Michael and Tina revealed all.

“[Tina] said her mother had come to her and said that they were thinking about killing James, that Gary Hinojosa had set it up. The person that he hired to do the killing was Mario Murphy,” said Yoakam.

Murphy, then 19, recruited two friends, Aaron Turner and James Hall, both 17, to help him kill James. Hinojosa offered to pay them $5,000 to commit the murder, the money coming from James’ $100,000 military life insurance policy, which Robin was the beneficiary of, according to The Washington Post.

On the night of the murder, the three killers met at at Hinojosa's home before Michael Bourne drove them to the Radcliffs’ apartment. They entered through a window Robin had left unlocked. Murphy, Turner, and Hall all participated in the murder of James Radcliff, beating him with a metal pipe before stabbing him and slitting his throat with a knife, according to court documents.

“After they finished beating him and stabbing him, they left the bedroom and came down to the living room where Robin Radcliff was waiting and pointed out the VCR for them to take as part of the fraudulent burglary they were trying to stage,” Pamela E. Hutchens of the Commonwealth’s Attorney’s Office told “Snapped: Killer Couples.”

After they left, Robin got back into the bed with her dying husband and rolled in his blood to make it appear like she was asleep beside him when he was attacked, according to The Washington Post. She then waited 30 minutes before going to her neighbor’s home to call 911.

Gary Hinojosa, Mario Murphy, and Aaron Turner pled guilty to capital murder while Michael Bourne and James Hall pleaded guilty to first-degree murder. Murphy, as the perceived ringleader, was sentenced to death while the other four men were sentenced to life in prison, according to The Virginian Pilot newspaper.

By the time of her trial in 1993, Robin Radcliff had given birth to Gary Hinojosa’s child. She pleaded not guilty by reason of insanity but the jury didn’t buy it. She was found guilty of capital murder for hire and conspiracy and sentenced to life in prison, according to The Virginian Pilot.

Mario Murphy was executed by lethal injection in September 1997, according to the Los Angeles Times. In 2017, Michael Bourne was released from prison at the age of 47. Robin Radcliff, Gary Hinojosa, James Hall, and Aaron Turner remain incarcerated to this day.

Couple Sets Up Man For Robbery That Turned Fatal