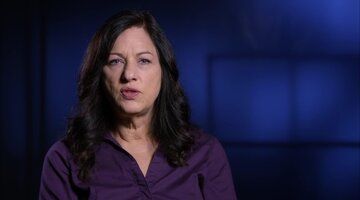 1:40
Preview
A First Look at the Shirley Ann Nelson Case 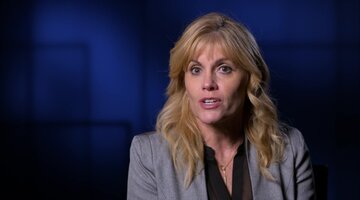 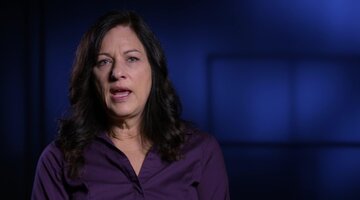 3:43
Exclusive
Who Was Shirley Ann Nelson?

Most people assumed Ron and Shirley Nelson had the perfect marriage, but after almost 30 years together, it was torn apart in a hail of gunfire.

Born in 1930, Shirley grew up in Pennsylvania.

Despite their 12-year age difference, Shirley and Ron hit it off and were married in 1967.

“She never, ever looked her age. She loved that. No one could guess her age and Ron liked that, too. She was always very well-dressed and he liked to show her off,” said Vandenheuvel.

Shortly after getting married, Ron began working for Charles M. Schulz, a cartoonist and creator of the “Peanuts” comic strip. The couple relocated to Santa Rosa in northern California, where Schulz was based. As Schulz’s business manager, Ron oversaw million-dollar marketing campaigns and licensing deals. Thanks to his handsome paycheck, the Nelsons enjoyed expensive vacations and lavish dinner parties, and lived at a country club and golf resort.

In May 1995, the Nelsons celebrated their 28th wedding anniversary. But less than two months later, on the morning of July 5, 1995, Santa Rosa police received a 911 call about a shooting at 1 Snoopy Place, the location of Schulz’s production offices.

Officers rushed to the scene and found 53-year-old Ronald Nelson lying face down on the sidewalk. He had been shot twice in the back. Inside the building, they found Shirley Nelson, 65, with a self-inflicted gunshot wound to the chest, according to the San Francisco Chronicle newspaper.

The .357 caliber revolver used in the shooting was found nearby. The Nelsons were taken to the hospital, where officers asked Shirley what happened.

“She replied, ‘I shot him. I shot my husband. Is the son of a bitch dead?’” Santa Rosa police officer Amanda Pehlke told “Snapped.” “She was very agitated, very angry, and kept repeating, ‘Did I kill him? I hope he’s dead.'”

Both Ron and Shirley Nelson would undergo surgery to address their substantial gunshot wounds. Doctors weren’t sure either would survive.

Ron’s co-workers told detectives that on the morning of the shooting, Shirley arrived in a new car dressed in black.

“[She] said to the receptionist, ‘Is he in there?’ and then she went into his office. He stood up and she shot him twice in the back and apparently fired at least two other rounds and missed him,” prosecutor David Dunn told “Snapped.”

Detectives spoke to Ron’s boss, famed cartoonist Charles M. Schulz, who said he knew the cause of the shooting.

“He said Ron had an affair with his secretary and it was something that he kept hidden for awhile,” private investigator Chris Reynolds told “Snapped.”

The secretary, Eileen Christensen, was in her early 40s, while Ron was 53. Fearing a sexual harassment lawsuit, Schulz threatened to fire the couple if they didn’t end the relationship. Shirley, meanwhile, had learned of the affair a month before the shooting. Having based her sense of self-worth on being the dynamic and glamorous wife and an entertainment industry executive, the fact that Ron was cheating on her with a younger woman was a blow to her ego.

Friends of the Nelsons said the marriage had been under strain since Shirley suffered a stroke in 1991. Though she had no long-term physical effects, it was a stark reminder of their age difference. Aware that something had changed in her marriage, Shirley slaved over her appearance in an effort to impress her husband.

“She tried dressing nicer, she was very well-dressed and very put together. She tried to lose weight, to tone her muscles, her goal was just to win him back,” said Vandenheuvel.

Detectives learned that Shirley drove a rental to the shooting, hoping no one would notice her when she arrived at Ron’s office. This showed intent and implied the shooting was no mere crime of passion.

“She just wanted to get access to the office without being detected. I think that if her car had pulled in, there was a chance that someone else would let her husband know that she was arriving,” former Santa Rosa police detective Lisa Banayat told “Snapped.”

Inside the rental, detectives found bullets and a receipt for the pistol used in the shooting. Shirley had bought it right after Ron had moved out of their home in early June. The owner of the gun store said that Shirley immediately started taking shooting lessons while she waited the two weeks for her background check to be completed.

“She met a man ... who is an ex-sheriff’s officer for the county. [He] had an indoor gun range. He gave her lessons and started teaching her how to shoot this .357,” said Reynolds.

Despite her injuries, Shirley survived her surgery and her condition quickly improved. Once she was able to talk, she agreed to speak with investigators.

“I started asking her what happened and she said she shot herself in the chest. She was pretty clear that she wanted to kill her husband and kill herself,” said Banayat.

Shirley thought if she could get rid of Christensen, Ron would come back to her. She even considered buying Christensen a house to make her go away.

Shirley told detectives she had wanted to kill her romantic rival as well: “She also commented that she wished she had taken her too,” said Banayat.

Ron also survived his injuries despite wounds to his kidneys, lungs, intestines, and major arteries. As soon as he was able, he agreed to speak to detectives. Ron said that despite their separation, he and Shirley still had sex. He hoped they could remain friends but was unwilling to end his relationship with Christensen. The day before the shooting, he told Shirley their marriage was over for good.

“The day before the shooting they were out on the golf course and many people witnessed their argument. He kept at her and was telling her she wasn’t good enough. Ron said, ‘You’re old. I found someone younger. We’re having children. We’re going to have a life,'” said Vandenheuvel.

Detectives searched Ron and Shirley’s home and found their wedding pictures laid out and letters she had written to her friends to be read after her death.

“I cannot live without Ron,” reads one letter, obtained by “Snapped.” Another said, “I’m sorry to cause everyone so much pain but I am in Hell and must take Ron with me.”

Shirley was arrested and charged with attempted murder, according to the San Francisco Chronicle. Due to her injuries, however, she remained in the hospital to recuperate and receive a psychological evaluation.

Shirley’s bail was set at a then-unprecedented $2 million. Stunning many, Schulz agreed to put the money up to get her out of jail.

“He recognized, knowing Shirley and who she was, that this was completely out of character for her and that she needed help. She didn’t need to be locked up in prison. He called me and said, ‘I got the money, let’s go get her,'" said Reynolds.

In April 1996, Shirley Nelson went on trial for attempted murder, pleading not guilty by reason of insanity. The jury deadlocked 9 to 3 in favor of acquittal, resulting in a mistrial, according to the San Francisco Chronicle.

Rather than take her chances with another trial, Shirley Nelson pleaded guilty to attempted murder in 1997. She was sentenced to a year in prison, five years probation and 3,000 hours of community service, according to Santa Rosa’s Press Democrat newspaper. She would serve only six months before going into home confinement for 18 months.

For more on this case and others like it, watch “Snapped,” airing Sundays at 6/5c on Oxygen or stream episodes here.

Where Is Celeste Beard Johnson Of ‘Snapped’ Today?