Sign Up for Free to View
Preview
The Disappearance of Natalee Holloway Sneak Peek 101: He Panicked
Oxygen Insider Exclusive!

The Disappearance of Natalee Holloway premires August 19th at 7/6c and 9/8c on Oxygen.

The primary suspect in the infamous 2005 disappearance of Natalee Holloway, an 18-year-old Alabama teen who went missing on a class trip to Aruba, remains, to this day, Joran van der Sloot. 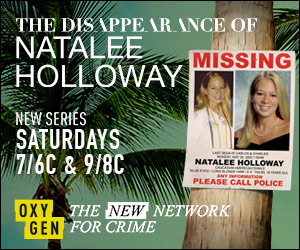 Joran, a native of Aruba, was the person last seen with Natalee Holloway (along with two other local teen boys), and most theories point to him as being involved in her disappearance. One of the most damning clues? His murder of Stephany Flores five years after Natalee’s disappearance. Apparently, Van der Sloot brutally beat and suffocated Flores to death in a Peruvian hotel room after she uncovered Natalee Holloway files on his computer.

However, theories about Natalee are just that: theories. We still don’t know what happened to her, and Van der Sloot has never been charged in connection to her disappearance.

Today, Van der Sloot is serving a 28-year jail sentence in Peru for Stephany Flores’ murder. And while he is in jail, a lot has changed in his life since Natalee’s disappearance

Here’s a quick look at Joran van der Sloot then and now:

Joran van Der Sloot was brought in for questioning 18 days after 18-year-old Natalee Holloway went missing in Aruba, but he was later released on a lack of evidence. Many still believe Van der Sloot, who was 17 years old at the time, killed Holloway and either burried her body in Aruba’s national forest or dumped it in the sea, but there’s still no sufficient proof and Holloway’s body has yet to be found.

In 2010, exactly five years after Natalee Holloway vanished, Van der Sloot is charged with the murder of Stephany Flores, whom he met at a casino in Peru. Soon after Van der Sloot was caught, he admitted to killing Flores, claiming she “intruded into [his] private life” after he found her reading articles about him on the internet. He later tried to retract his confession, but the judge ruled it valid.

Joran van der Sloot is sentenced to 28 years in Peruvian prison for the murder of Stephany Flores Ramirez.

Van Der Sloot marries Peruvian woman who sold goods inside the jail in a prison ceremony. She was 7 months pregnant at the time of their wedding. On September 28, 2014, his wife gave birth to a baby girl.

the fact joran van der sloot is married and has a kid...

Joran van der Sloot remains in prison for the Stephany Flores murder. However, Natalee Holloway’s dad is still working to solve her case, and a new lead makes Joran a primary suspect once again.

'The Disappearance Of Natalee Holloway' Premieres August 19 On Oxygen