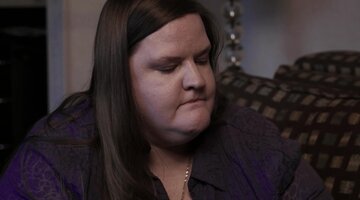 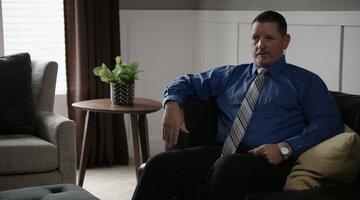 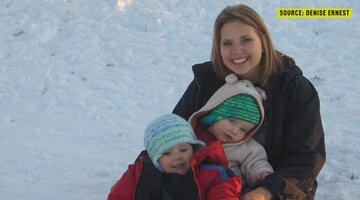 Now Playing
4:08
Digital Original
Tips On How To Leave An Abuser

Susan Cox Powell, a 28-year-old mother of two, was last seen at her Utah home on December 6, 2009 and was reported missing the next day. Her husband Josh Powell, who said he left Susan at home to take their two young boys camping at 12:30 a.m. despite a snowstorm and below freezing temperatures, was named a person of interest in her case.

He later killed himself after he struck his two sons with a hatchet and then blew up their home during a supervised visit with a social worker. Josh Powell was never charged in connection to the case.

Among pieces of evidence found during the course of the investigation were hours of videotapes from Josh’s father, Steve Powell, who had a disturbing sexual obsession with his daughter-in-law. Many of the videos appear to be taken of Susan without her knowledge or consent.

In Oxygen’s two-night special “The Disappearance of Susan Cox Powell,” loved ones recounted possible warning signs of abuse by Josh Powell that they witnessed before she went missing. Investigative journalist with the series, Stephanie Bauer, spoke with Oxygen.com about the message the series might offer to survivors of different types of abuse.

“I hope that they know that time is running out,” said Bauer. “You do have to get out if you think you're in danger. I think her sisters agree, or parents agree, she was making the steps to leave this abusive relationship. She had made this video that she put in her safety deposit box.”

Domestic violence is defined as “a pattern of behaviors used by one partner to maintain power or control over another partner in an intimate relationship,” according to The National Domestic Violence Hotline.

The most dangerous time for a survivor of domestic violence is when they leave an abuser, according to the National Coalition Against Domestic Violence. Adam Railsback, who works as a Digital Services Advocate at the National Domestic Violence Hotline and LoveIsRespect, says there are many considerations to keep in mind for survivors of different types of abuse when it comes to staying safe.

Although it can’t guarantee law enforcement will respond effectively, documenting abuse can be crucial for if and when you decide to report.

Railsback says if a survivor notices they are being stalked they recommend documenting every encounter, which can include text messages to the person driving past your house at a certain time.

“When you do go to the police really having that documentation available is super important,” said Railsback. “In that instance, I would recommend reporting as frequently as a survivor would feel comfortable doing.”

He says if a local police department is not being responsive to ask to talk to the supervising officer and keep going up the chain as needed.

“Unfortunately a lot of the time survivors concerns are dismissed,” said Railsback . “Abuse escalates over time so there is that very distinct potential for lethality for death or homicide.”

Railsback notes every situation is different and requires choosing the safest path for each survivor.

Financial advisor and domestic abuse survivor Rosemary Lombardy wrote a book on safely leaving an abuser called “Breaking Bonds: How to Divorce an Abuser and Heal - A Survival Guide.” She says abusers often ramp up abuse if they become aware they are losing control.

“You'll see things like an abuser will drain bank accounts and leave his wife with nothing so she can't leave or she has to accept a settlement that's really not in her best interests because she doesn't have any money,” said Lombardy.

Susan Cox Powell’s father, Chuck Cox, also spoke with Oxygen.com. He says a big warning sign to him was Susan’s husband exerting control over her.

Railsback recommends some survivors get pay-as-you-go or burner phones. In the event the partner takes their phone or is monitoring their communication, it can be safe way for a survivor to call for help or speak to someone.

Ensure Physical Safety For Yourself, Your Children and Any Pets

Identify places in your home to go to in moments of physical danger. This could be rooms on the first floor with locks and no accessible weapons. Try to explain to children at a safe time not to intervene if there is violence and what they should do if it occurs.

Railsback says since there are so many different variables for each family’s situation, conversations with children could look different for everyone. Instructing a child to go to a neighbor’s house may be best in some situations; calling 9-1-1 may be best in others.

The Hotline’s website recommends teaching kids to never intervene and to come up with a code word with your child that alerts them to leave during an emergency.

“Especially if her husband is considered to be a member of the community,” Lombardy explained. “The police are very reluctant to enforce those. In some sense, they’re almost worse than having no protection at all because there’s a false sense of security.”

She says if a survivor is worried about violence she may also have to change up her daily routine. Lombardy also suggests that survivors should try to take their children with them when they leave an abuser.

“I would advise a woman who’s being abused that under no circumstances if she has children should she leave without them because that might be considered abandonment or that she’s lying about the abuse,” said Lombardy.

To the degree that you’re comfortable, if you fear for your safety try to alert your manager or security guards at your place of work as well as children’s schools.

Be aware of your digital identity, like friends posting your location or partners knowing passwords to important accounts like your email.

“I know a lot of us use the same password for different accounts,” said Railsback. “If you're using maybe birthdays, or pet names, or maiden names or what have you in your passwords really change that up.”

As you prepare to leave, get legal and financial help to navigate the transition

Since laws vary by where you live, try to learn local laws dealing with finances or custody. Railsback says if you take a car that is not registered under your name it could potentially be reported as stolen.

“It's really important to talk to a professional about those legal considerations, particularly a professional who works with survivors of domestic violence who has that insight,” Railsback added.

Legal advocates could also help if you’ve been threatened based on your immigration status, if restraining orders are not being followed, and even how to best go through divorce proceedings or financial issues that come with leaving an abuser.

Create a timeline of when you want to leave

Find a place to stay that is with a friend or a family member that the abuser will not likely go to. Women’s shelters sometimes offer temporary housing or help finding a place to stay.

If you are ever in immediate danger during the process of leaving call 9-1-1.

Try to leave the home when your partner is not there and have someone with you. The National Domestic Violence hotline’s website says you may request a police escort or stand-by when you leave.

“I know a lot of these changes are really big and can be really hard for survivors to do all at once,” said Railsback. “Sometimes all you can do is little by little and if you’re able to before you leave really either researching a lot of this if you feel able to take that on.”

For more information on safety planning and resources contact the National Domestic Violence Hotline at 1-800-799-7233 or head to their website.

Calling All True Crime Fans
Oxygen Insider is your all-access pass to never-before-seen content, free digital evidence kits, and much more!
Sign Up for Free
All Posts About
Safety
Susan Cox Powell
Related

The Disappearance of Susan Cox Powell

How to Stay Safe: Scammed and Seduced by Evil