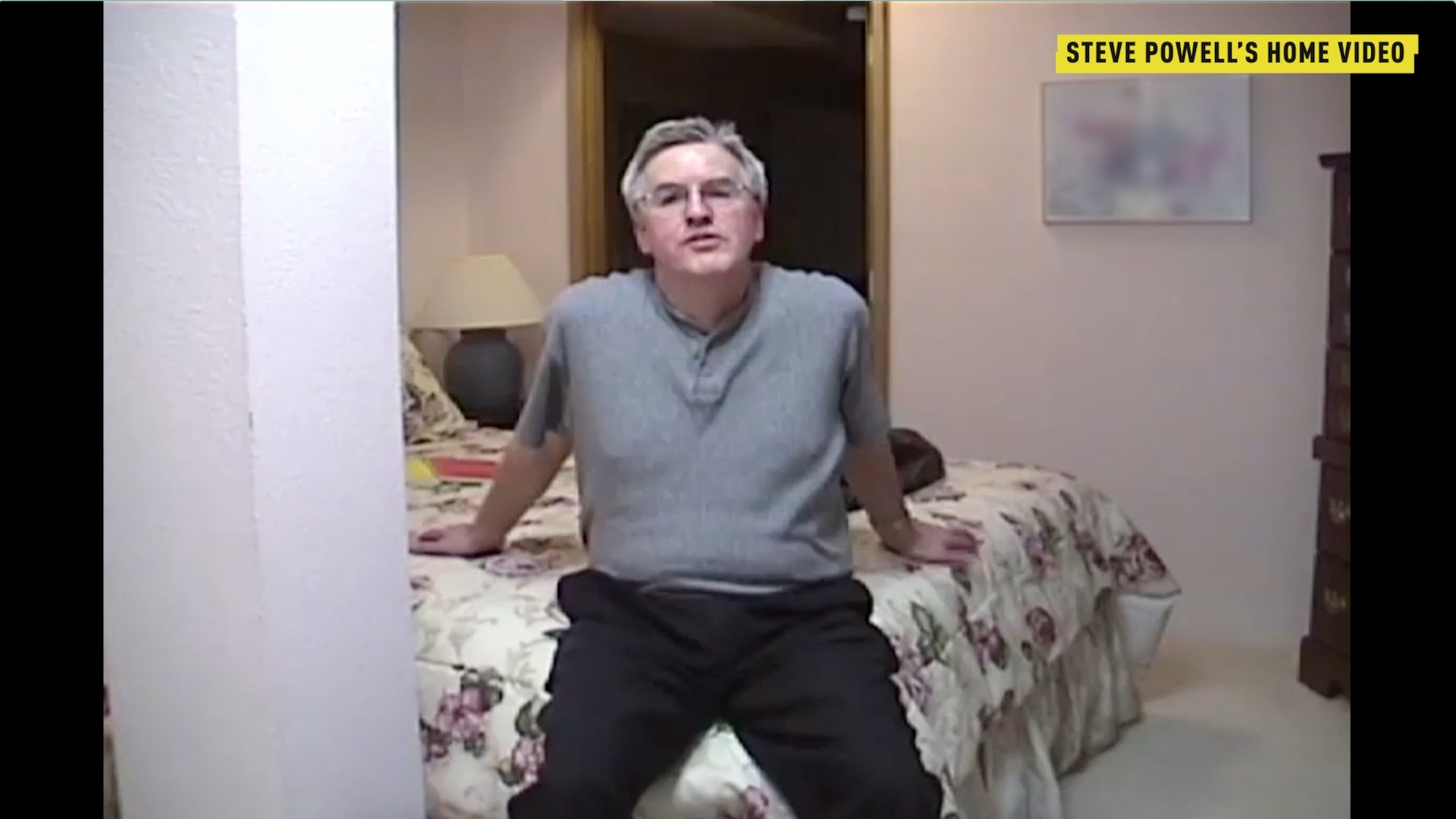 In the years leading up to his daughter-in-law Susan Cox Powell’s 2009 disappearance, Steve Powell made hundreds of hours’ worth of homemade videos, often documenting his sexual infatuation with her.

Frequently taken without Susan’s knowledge, the recordings capture Susan at her job, at family events and at home with her husband, Josh Powell. In some instances, Steve stalked Susan at public parking lots, secretly filming her through the window of his van. He repeatedly focused the camera lens on her genitalia, narrating the videos with his inappropriate sexual desires.

“God I worship her,” said Steve while videotaping Susan folding laundry. “She just turns me on. I’m in a perpetual state of turned on when she’s around.”

Dr. Chitra Raghavan, an expert in abuse and professor of psychology at John Jay College who analyzed Steve’s videos for Oxygen.com, believes his behaviors are “consistent with someone who has numerous sexual paraphilias.”

“Meaning that he’s aroused by non-typical sexual situations and he’s very addicted to them,” said Dr. Raghavan. “He may be a voyeur. He certainly has all of the characteristics and all of the traits ... It appears that he gets turned on by filming [Susan] in intimate moments when she’s not aware or when she can’t control it. But a key element to this is that she doesn’t consent.”

In other recordings, Steve seems convinced that Susan knew she was being filmed, telling himself, “She knows I’m here,” and, “She did that for me.” Dr. Raghavan explained that Steve appears to be in a state of “delusion” where he “believes he’s doing nothing wrong.”

“Steve believes he’s in love and she’s in love. So in order for him to perpetuate the idea that he’s in love, he needs her to be complicit,” Dr. Raghavan told Oxygen.com. “He starts to look for all sorts of behaviors and then attribute her willingness to it. So it’s ... a mixture of willful denial, absence of insight, and permission for himself.”

In one particularly disturbing video, Steve placed a photograph of Susan’s face under one of her dresses, which had been stuffed with a pillow wearing underwear made to resemble genitalia. Dr. Raghavan said that by objectifying and animating the pillow, Steve was able to create a “fantasy Susan.”

“[He] talks at length and fantasizes about the way he would touch her ... This is part of the voyeuristic, fetishistic behavior,” she explained.

According to Dr. Raghavan, Steve steadily pushed the boundaries with Susan and exercised coercive control over her by “constantly being present, by surveilling her, by repeatedly commenting on her body, by making her uncomfortable, by invading her space.”

“These are very powerful, small hooks into abuse that ultimately let the women know, ‘I have nowhere to go, nowhere to hide, nothing is ever private. I can’t do anything in my own home. I'm always being watched. I need to always be careful to not aggravate him,’” said Dr. Raghavan, adding that Steve tried to strip Susan of her power.

Eight years before Susan’s disappearance, Steve confronted her about his obsession. He recorded the conversation without her knowledge, confessing, “I’ve really fallen in love with you ... For the last year and a half, you’re about the only thing I could think about.”

Susan rebuffed his advance and reminded him she was “a step beneath [his] own children.” Though she clearly expressed she had no romantic interest in him, Steve later wrote in his journal, “I am still convinced she loves me and is sexually attracted to me.”

Shortly after the confession, Susan and Josh moved from Washington to Utah, in part to get away from Steve, who continued to obsess over his daughter-in-law. Though his behavior is extremely disturbing, Steve was never formally charged in connection with Susan’s case. He was, however, found guilty of 14 counts of voyeurism in 2012 for taking inappropriate images of neighborhood girls showering and using bathrooms and sentenced to two and a half years in prison, reported ABC News.

He was later sentenced to an additional five years in prison for possession of child pornography, according to The News Tribune. Steve was released from prison in 2017 and died of a heart attack shortly after. To this day, Susan remains missing. No one has ever been charged in connection with her disappearance.

To learn more about the case, watch “The Disappearance of Susan Cox Powell” on Oxygen.

If you or someone you know has been affected by any of the issues mentioned in this article, contact The National Domestic Violence Hotline at 1-800-799-7233.

Who Is Josh Powell, And Was He A Suspect In His Wife's Disappearance?