Skip to main content
Digital Original
What Was The Motivation For the Pike County Murders? 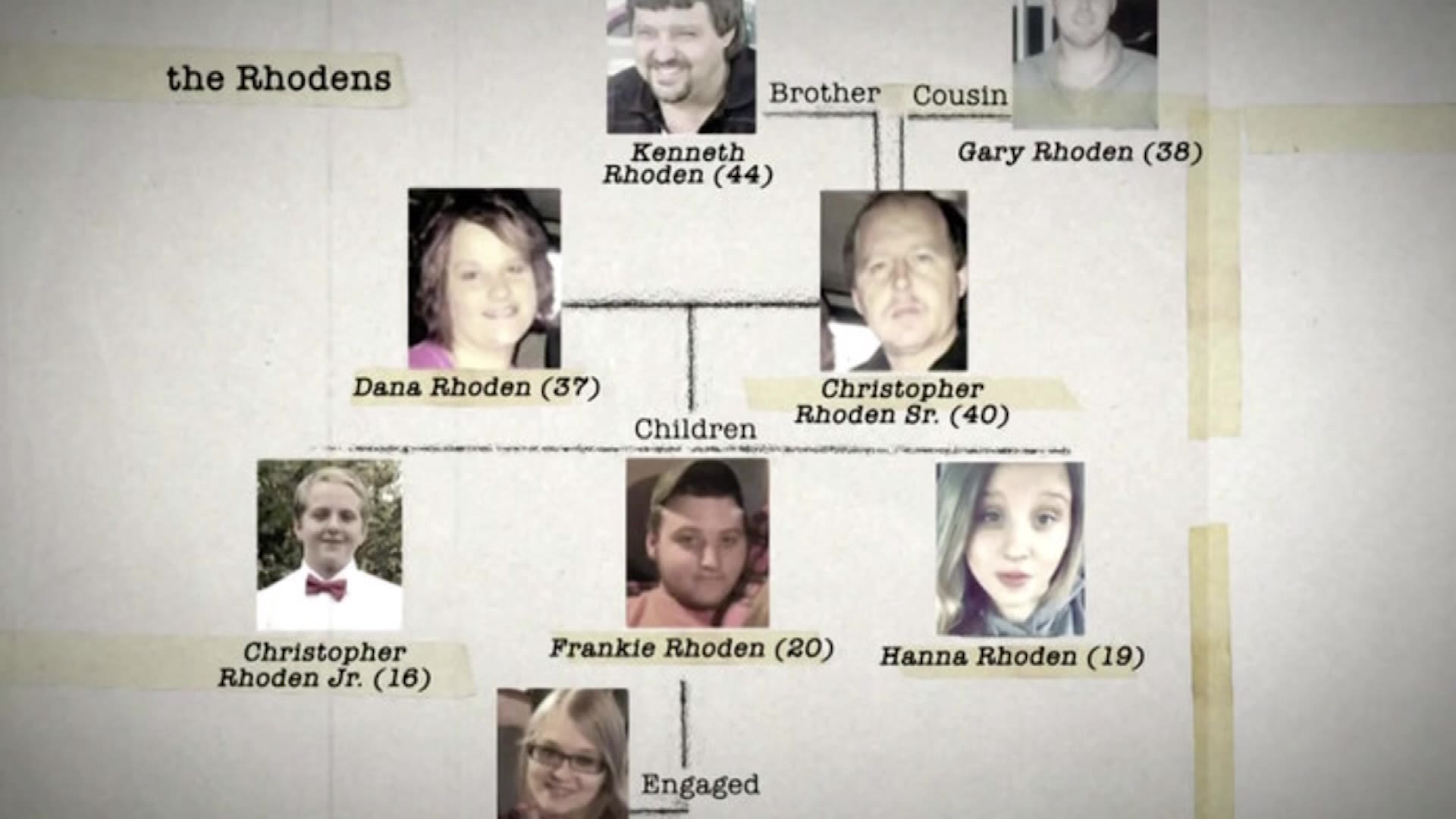 Any small town will naturally be rocked by the murder of one of its own, but the massacre in Piketon, Ohio, which left eight people (seven members of the Rhoden family and one fiancée)  dead and led to the arrest of six members of another family, garnered attention nationwide. The brutal nature of the crime — the family was shot to death while most of them were asleep — and the sprawling interpersonal ties that connect both families has sparked much interest in the case.

Much of the investigation has been shrouded in mystery, but it hasn’t stopped all sorts of theories about why the Rhodens were killed from emerging.

Here is a look at some of the evidence and motives law enforcement have explored during the course of their investigation.

Despite widespread speculation in news reports and the surrounding community, investigators insist it wasn’t a drug hit.

At some of the scenes where the Rhoden family was killed, investigators did find marijuana being grown. So, early on in the investigation, police looked into possible motives including a drug turf war or Mexican drug cartel connection, anonymous law enforcement sources told local news station WBNS.

"Three of the four houses had, what I would call, a commercial marijuana operation,” former attorney general Mike DeWine told radio personality Bill Cunningham. “In other words, this isn’t a plant in the window or six or seven plants out in the backyard in a garden or something. They were doing this to sell. We don’t know whether this is relevant or not, but at this point, everything is relevant,” he said at the time, according to local news station WKYC.

As the investigation progressed, a drug connection to the deaths was ultimately dismissed by DeWine.

“There was an undercurrent of drugs,” DeWine said at a press conference. “There’s no evidence of all the speculation that this was necessarily drug-related in the sense of the motive.”

DeWine also once said evidence indicated roosters on the property were possibly being bred for the illegal sport.

In fact, DeWine’s wife was able to make out the coops from images of the scene shown on television, DeWine reportedly said in a radio interview.  Plus, the roosters were being caged alone, which is a practice consistent with cockfighting, DeWine explained during the same interview.

A motive dealing with a cockfighting ring, however, never gained much traction as a compelling piece of evidence and has not been confirmed as being related to the murders by investigators.

Investigators now claim custody issues were the motivation for the vicious slayings. In 2018, four members of another family, the Wagners, were arrested for the killings. Two other Wagner family members would also be arrested and charged with obstructing justice and perjury.  One of the victims, Hanna Rhoden, 19, shared a young child with ex-boyfriend Jake Wagner, who was one of the Wagners arrested for the murders.

Forged custody documents were allegedly found, according to DeWine. And despite Wagner and his mother telling the Cincinnati Enquirer that the custody agreement was amicable, family members like Leonard Manley, Dana Rhoden’s father, had a different point of view. Manley said the custody over Hanna and Jake's child actually caused an argument before the murders occurred, according to news outlet Local 12.

Hanna also had a second child named Kylie, born five days before the murders, whose paternity had been disputed. Wagner was one of two men who planned to take a paternity test, the Enquirer originally reported, but tests eventually confirmed Hanna’s former boyfriend Charlie Gilley was Kylie’s father.

A gag order was later placed on the custody cases involving two of the Rhoden children, including Hanna’s newborn daughter. It restricts parties involved from speaking publicly about the case.

The Wagners have all denied any involvement with the Rhodens’ deaths and pleaded not guilty to all charges.

The Rhoden Family Murders Rocked A Small Village In Ohio