Skip to main content
The Aaron Hernandez Saga: A Timeline 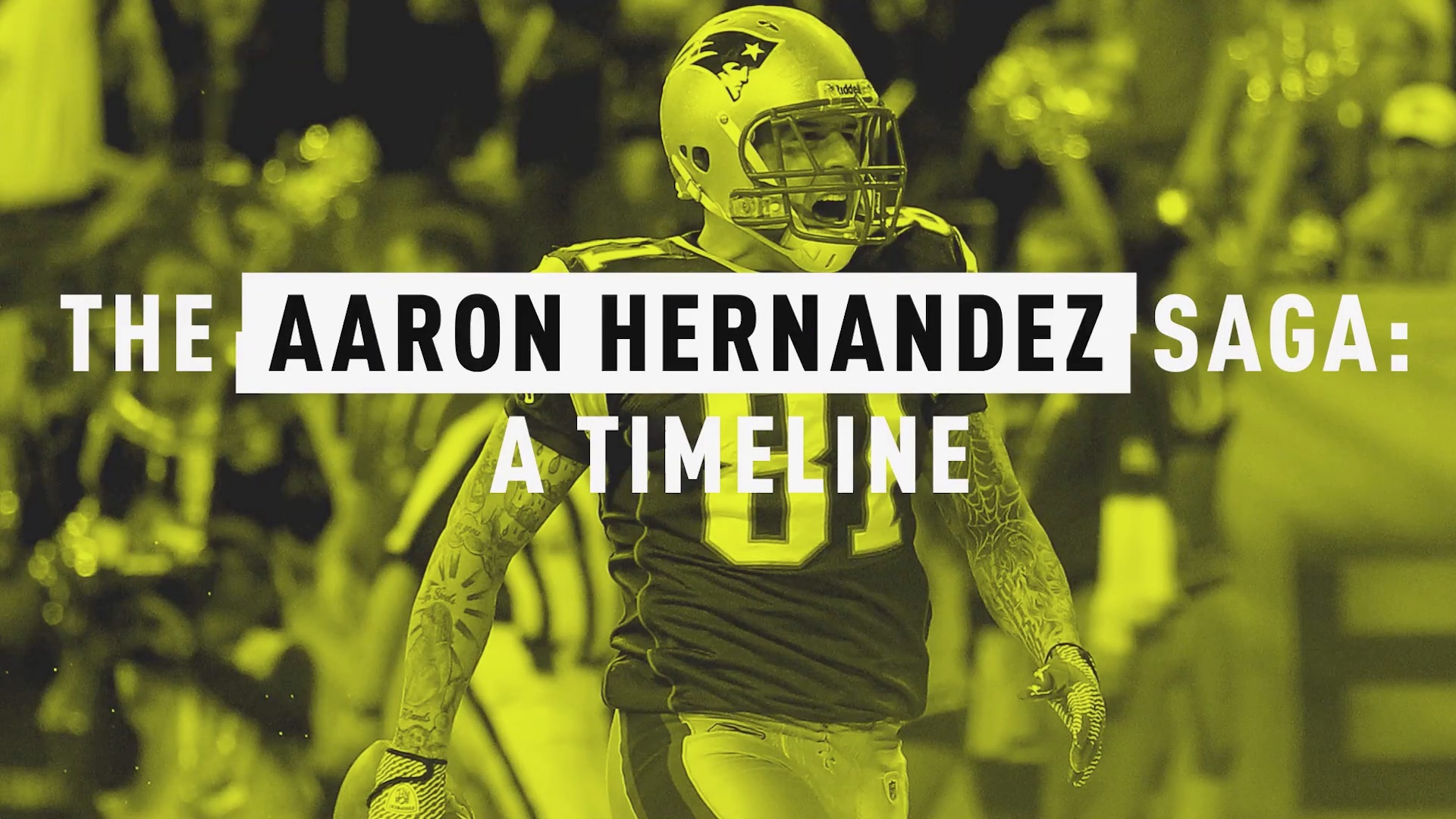 Former New England Patriots tight end Aaron Hernandez covered himself in tattoos, and as Netflix’s new docu-series, "Killer Inside: The Mind of Aaron Hernandez,” explains, his ink was very meaningful to him.

Haggan, who tried the disgraced NFL star for the 2012 Boston shootings of Safiro Furtado and Daniel de Abreu, had Hernandez’s tattoos analyzed and argued that one emblem — “God forgives”— was an omission of guilt.

“These tattoos meant a lot to him, they were essentially his life,” Haggan said.

Although Hernandez was acquitted of the double homicide, several theories continue to circulate about the meanings behind his most prominent body ink.

Memorial for his father

“There was a huge tattoo that was memorizing his father, who in many ways meant the world to him,” Haggan pointed out.

“It’s a quote my father always used to give me,” Hernandez said in a WBZ-TV clip featured in the docu-series.

That quote, “if it is to be, it is up to me,” is inked onto one of Hernandez’ arms in big, black block lettering, and each two-letter word has its own line.

"Basically saying whatever I want my life to be, it's up to me to make it out that way,” Hernandez told the Boston television station.

As the docu-series points out, Hernandez’s father, Dennis Hernandez, was extremely sports-oriented. He was also a source of structure for his son until his 2006 death.

Dennis “took great pleasure in watching his sons play sports and attending their games,” according to his obituary.

An outlet for pain

In Oxygen’s 2018 special “Aaron Hernandez Uncovered," Hernandez’s college girlfriend, Alyssa Anderson, described a period when they weren’t getting along. After spending a few months apart, she came back and was shocked to find Hernandez covered in tattoos.

“I was kind of taken back, because he had a big head of Jesus on his back, and when I first saw it, it was really bloody and kind of gory. I asked ‘What is that? Why?’ And he said, ‘When I get down or upset it my out, it hurts but I thrive off of that,’” Anderson told producers. “It didn’t make a lot of sense at the time, but it was his way of expressing his emotions.”

After Hernandez was convicted of the 2013 murder of Odin Lloyd, a semi-professional football player who was dating the sister of Hernandez's fiancée, he got a tattoo on his neck. It featured a black star with a skull under it, including the words “loyalty” and “lifetime.”

The “lifetime” phrase was likely not a tribute to the television network.

“He had just resorted to surviving in prison and just saying, you know, 'F**k all this, I'm here for life,’” Baez said.

During Hernandez’s 2017 trial for the Furtado and de Abreu murders, the prosecution called to the stand the tattoo artist who had inked up Hernandez’s arm in 2013.

David Nelson testified he gave Hernandez tattoos of a revolver cylinder with five out of the six bullets remaining, which was below the phrase “God forgives” written backwards.

He also tatted the image of gun muzzle with smoke coming out of it next to a spent shell casing.

In court, Haggan claimed the tattoo was a confession.

“What is he asking God to forgive?” Haggan asked the jury, theorizing that the tattoos depicted the double homicide as well as the shooting of Alexander Bradley, Hernandez’s former friend who claimed he was shot in the face by the former NFL player.

“That is a confession,” Haggan argued.

Among Hernandez’s many other tattoos, he had what appeared to be tributes to his love of football as well as his family, according to his prison file that was obtained by New England Sports Network.

The phrase “born to play this game” was tattooed on the middle of his chest, while a phrase written on his abdomen stated, “remind me we will always have each other.”

The latter could have been a nod to his fiancée, Shayanna Jenkins. One of the tattoos on his left calf honors his daughter, Avielle, with her name.

"Killer Inside: The Mind of Aaron Hernandez" premieres Jan. 15 on Netflix.