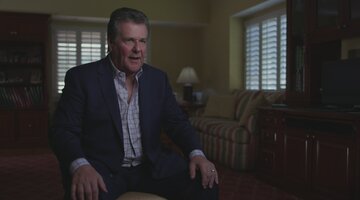 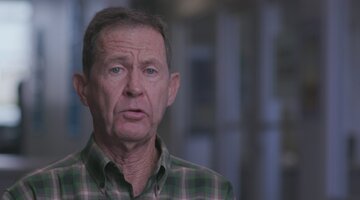 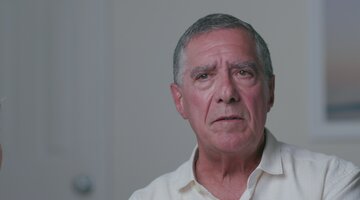 2:51
Digital Original
The McMartin Family Trials: The Letter That Started A Firestorm

Were hundreds of children sexually abused at a family-run California preschool or did a poorly orchestrated investigation result in a witch hunt?

The allegations slung about during the McMartin Preschool trials in the 1980s went beyond just rampant abuse. There was also the belief that school employees engaged in ritualistic sacrifices and carried out their abuse of students in tunnels under the school.

The main subject of “Outcry” is the much more recent case of Texas high school football star Greg Kelley, who was wrongfully convicted in 2014 of sexually assaulting a 4-year-old boy while he was living with a family that ran a day care out of their home. His conviction has since been overturned. In the docuseries, child testimony expert Dr. Kamala London points out that investigators' interviewing techniques were similar, and similarly flawed, to the ones used in the McMartin case. She said that in both cases the children were asked leading questions: while many of the kids initially said they weren’t abused, they changed their tune after aggressive prodding.

“When researchers in my field looked at some of those interviewed [in the McMartin case] we said, wait a second — I think we see where this came from,” she said in “Outcry.” “That in fact the kids were denying it quite often and that they would be interviewed repeatedly with very suggestive interview techniques and would gradually over time succumb to some of these really high pressure tactics.”

She said the McMartin case spawned a field of suggestibility research in which researchers conduct tests to see what kinds of procedures produce accurate reports and what methods result in a child merely agreeing with suggestions put forth by an interviewer. She said that the tests showed that suggestive questions run a high risk of leading child subjects to agree, regardless of the truth.

Here’s everything you need to know about the McMartin preschool case.

The McMartin preschool was a Manhattan Beach, California pre-school founded by Virginia McMartin and run by her family. Her daughter Peggy McMartin Buckey was an administrator and Buckey's son, Ray Buckey, was a teacher at the school. Ray's sister sister Peggy Ann Buckey also worked at the school part time. The allegations began in the summer of 1983 when a student’s mother ⁠— Judy Johnson⁠— noticed an irritation on her 2-year-old son’s bottom. She accused Ray Buckey of sexually abusing her son, The Beach Reporter recounted in 2018. But she had more bizarre claims, too. She alleged that day care workers had sex with animals, that Buckey could fly, and that school administrator Peggy Buckey “drilled a child under the arms,” according to a 1990 New York Times piece. She would later claim that her dog had been sodomized and that her estranged husband molested one of their children, The Washington Post reported in 1988.

The credibility of the woman who ignited the scandal was later questioned as she was diagnosed with acute schizophrenia shortly after making her allegations, according to a 2001 New York Times report. She was found dead in 1986 at her home after suffering complications associated with alcoholism, according to The New York Times.

Police arrested Ray Buckey that fall but released him the same day due to a lack of evidence. Following Buckey’s release, Johnson wrote the district attorney to claim that her son had been part of a Satanic ritual with McMartin Preschool employees.

Following the initial allegations, police reached out to 200 parents whose children attended the McMartin Preschool. In a form letter, police asked if their children had ever witnessed or experienced sexual abuse at the school. The Los Angeles District Attorney's Office began referring worried parents to the Children’s Institute International, a local nonprofit that provided social services to children in need, to have their children interviewed. These are the same interview sessions that Dr. London criticized in “Outcry.”

Social worker Kee MacFarlane conducted and oversaw most of those interviews and often used sock puppets and anatomically correct dolls, People Magazine reported in 1984. Most initially denied being molested. Then, they were told that other kids had given up “yucky secrets” about the school and they were pushed to do the same, according to The New York Times. By the spring of 1984, more than 350 pre-school aged students and former students claimed to have been abused.

The abuse allegations at times seemed absurd. Children described being molested by groups of men and women in public bathrooms and in tunnels beneath the school, according to People. One child claimed Buckey cut off a rabbit’s ears and another said he was made to drink rabbit's blood, The Washington Post reported in 1988. One boy even claimed he saw Buckey beat a horse to death with a baseball bat.

A young girl testified that children were forced to play a game called “naked movie star,” where kids were photographed naked, the Los Angeles Times reported in 1987.

Neither child pornography nor any corroborating physical evidence was ever found, however.

Still, panic ensued. Not only did the community itself freak out, but other day care centers in the area and across the country became the focus of child abuse fears, a 2014 New York Times “Retro Report” states. London noted in “Outcry” that the McMartin case was part of a “massive panic” that there were widespread rings of “ritualistic abuse” of children going on in the 1980s, a time when Satanic panic was rampant.

Fifty concerned parents descended on the preschool property in 1985 with shovels and a backhoe to dig for evidence, the Associated Press reported at the time. When they found the remains of a tortoise and broken toys, they felt that corroborated the claims of animal sacrifice.

Ultimately, charges were dropped against Virginia McMartin, Peggy Ann Buckey, Jackson, Spitler and Raidor because there wasn’t enough evidence to prove them guilty beyond a reasonable doubt.

The case against Ray Buckey and Peggy McMartin Buckey proceeded to trial, which began in 1987. Peggy McMartin Buckey spent two years in jail before being released on a nearly $300,000 bail, while Ray spent five years in jail before being released on $1.5 million bail in 1989, as he and his mother were nearly two years into their trial, the Los Angeles Times reported at the time.

Peggy and Ray’s long trial began in spring of 1987 where they together faced 99 charges of molestation and one of conspiracy. The case against them involved 14 children. Prosecutor Glenn Stevens reviewed MacFarlane’s interviewing technique and became uncomfortable about how she questioned the children. He too called them "leading questions” in a 1988 interview with The Washington Post. He left the case after expressing doubts about the investigation. By 1989, the number of charges had been reduced to 64 but the trial, which cost $15 million, continued, the Los Angeles Times reported in 1989.

A jury found the mother and son not guilty on 52 counts of child molestation in 1990, but remained deadlocked on 12 molestation charges against Ray Buckey and a single count of conspiracy against both of them, the Associated Press reported in 1990.

Jurors determined that the questioning process of the children damaged the case, The Washington Post reported at the time.

Ray was retried on 13 counts of molestation and conspiracy a month after his acquittal. That led to a mistrial.

The case is looked back at as one of the most expensive criminal trials in American history, CBS Los Angeles reported in 2014. It was also one of the most infamous. A People Magazine cover, which was included in “Outcry,” called it “America’s most notorious child sex abuse trial.”

“There’s just a lot of damage done, you know, that can't be undone,” Kevin Cody, who published The Easy Reader, a paper that covered the story intensely at the time, told CBS Los Angeles.

“Once the parents began to believe that there had been crimes committed, then the case got very heated,” Cody said. “There is really no upside of this one.”

However, others insist that abuse did in fact take place.

One of the many alleged victims, Elizabeth Cioffi, told Oxygen's "Uncovered: The McMartin Family Trials,” that she has memories of being abused by Ray Buckey.

Although it is “easy to discredit stories” from a toddler, Cioffi told “Uncovered,” that she's certain she was molested.

Ray Buckey has kept a low profile since the trial and it's unclear where he lives. It doesn't appear that he's ever spoken publicly about the ordeal

His mother said in 1990 following the acquittal of her and her son, "I've gone through hell and now we've lost everything," the Los Angeles Times reported in 2000 following her death.

Ray Buckey's lawyer Danny Davis told CBS Los Angeles in 2014 that his client “was singly the most heroic client I’ve ever defended, not only because he was innocent, but he endured it with a quiet wisdom.”