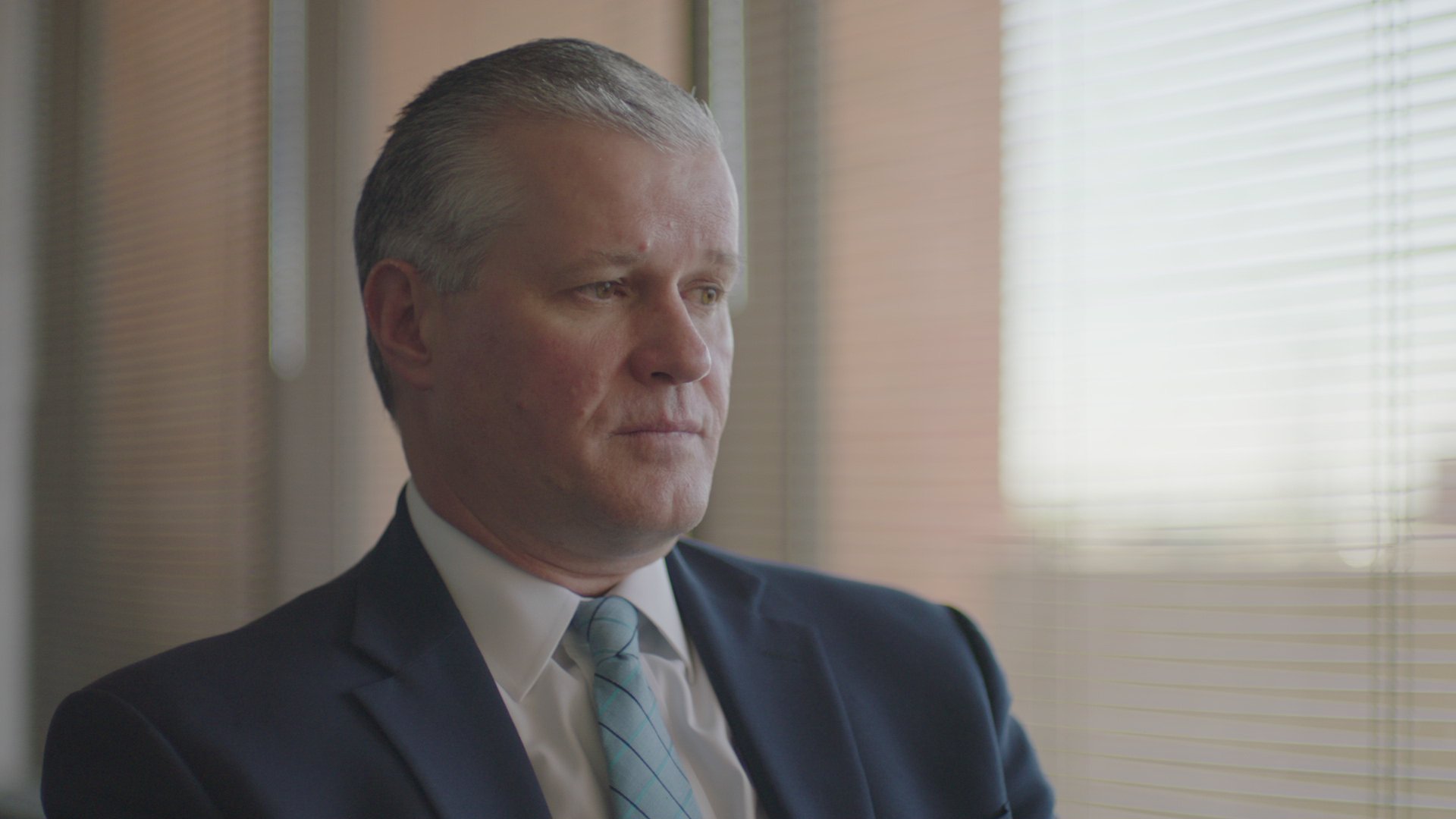 An entire family eliminated. A pregnant mother killed by her husband’s bare hands before he also murdered their two precious little girls.

This is the description of the Chris Watts case, a case so disturbing it shocked the nation and is featured in the season premiere of "Criminal Confessions," airing Saturday, Dec. 7 at 6pm ET/PT on Oxygen. Watts confessed to killing his wife, Shanann, who was 15 weeks pregnant with the couple's unborn son, and his two young daughters, Bella and Celeste. The family's bodies were all found in an oil field where Watts had worked–Shanann buried in a shallow grave and his children's bodies stuffed into oil tankers.

But before the horrible murders, the family's life appeared to be basically perfect, at least from the outside. Watts was a man who appeared to have it all, a beautiful, happy family who he lived with in inside a beautiful Colorado suburban home.

The family’s digital footprint painted a pretty picture at first glance. On Facebook, Shanann referred to Chris as “my ROCK!” and “the best dad us girls could ask for.” On Valentine's Day, she posted on Instagram: “I love this man more than words can say! He’s my Rock, my love, my biggest fan, supporter and my husband! I couldn’t of hand picked a better man to call my husband and father to our girls!”

Then, there were the many videos that Shanann posted to her Facebook page. They showed Watts as a loving father to his children, teaching his daughters how to read. He expresses excitement in one video when he learns that Shanann is pregnant for a third time. In another clip, his daughter Bella sings about her “hero dad.”

When his wife and girls went missing, Watts initially played the role of a worried husband and dad while giving several emotional interviews before he confessed and was convicted of killing his family.

Watts is currently serving three consecutive life sentences behind bars as a convicted murderer. But what drove his actions? Many experts have said Watts fits the description for a type of killer known as a "family annihilator."

What exactly is a family annihilator?

Family annihilation is a term often used interchangeably with familicide which “refers to the killing of multiple family members, most commonly the homicide of an intimate partner and at least one child,” according to a 2013 study published in the Journal of Family Violence. The study also states the killings can include the suicide of the killer as well.

The family annihilator is a man 91% of the time, according to the National Institute of Justice. They tend to be white men in their 30s, former FBI agent Brad Garrett told ABC News.

While intimate partner violence had previously occurred in 70% of family annihilation killings, only a quarter of those prior domestic violence reports appeared in arrest records.

The entire phenomenon is called “mercifully rare.” But while rare, familicides make up close to half of all mass murder incidents, according to the book "Mass Murder in the United States: A History."

As for the phenomenon of seemingly normal people annihilating their family, Garrett told ABC, "just because people look OK on the outside doesn't mean in reality they are.”

Why do they do it?

The book Familicidal Hearts: The Emotional Styles of 211 Killers, claims that this type of killer often feels that they've failed to be a man, according to societal standard of manhood.

"Many times it's for financial problems,” Garrett told ABC. “And the belief is that men, in particular, will kill their family because they have lost their ability to support them. And it gets into the male ego identity.”

Family annihilators may have felt powerless as children and therefore feel urged to exert power over their households as adults, according to a Newsweek report on the subject.

Watts sat down with investigators from the Frederick Police Department, the Colorado Bureau of Investigation and the FBI earlier this year for a five-hour long interview obtained by Oxygen.com, in which he explained his mindset at the time of the murders.

Although Chris claimed he didn't know why he killed his family, he did say he felt resentment towards his wife over what he claimed was a mismatch of personality types. He said he was never Shanann's type and mentioned the word “control” incessantly, especially when describing his relationship with Shanann.

They had financial issues because of their wedding and doctor visits for the children, expenses the couples put on their credit cards, according to Chris. He said they were behind on their marriage and talking about bankruptcy.

Watts claimed he killed his family after an argument between him and his wife, in which his wife threatened to take away their daughters when Watts admitted to having an affair and asked for a divorce. Prosecutors say that Watts’ desire to start fresh with a woman he was having an affair with was a motive behind the murders.

Garrett said that family annihilators often strike in August like Watts did, because their children are not in school. Not only does it allow "ready access to them," but it "buys them time. If a child doesn't show up at school tomorrow, the school is going to start looking for them,” he told ABC.

Garrett said while family annihilators premeditate their murders and “are never spontaneous," they also don’t think through how to hide what they did.

"Like anybody else that commits some horrible, horrendous act, and they do it based on emotion and immediate need or gain," he said, adding that after they get arrested, they confess and sometimes create an "alternative version of what happened."

Watts had done something like this, admitting he killed Shanann but making up a story that she killed the children first and he killed his wife in a fit of rage. He later admitted to killing all of them and burying their bodies at his former workplace.

Where Are The 'Unbelievable' Detectives Now?