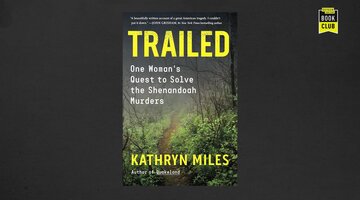 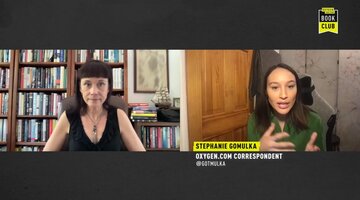 In May 1996, a young couple, Lollie Winans and Julie Williams, were backpacking through Virginia's Shenandoah National Park. They were experienced hikers who had been dating for about a year. Tragically, their romantic trip through nature was abruptly ended when they were assaulted and murdered in their tent. Their killer was never brought to justice.

In Oxygen Book Club's June 2022 pick, "Trailed: One Woman's Quest to Solve the Shenandoah Murders," journalist and outdoor expert Kathryn Miles takes a deep dive into these shocking murders and presents a possible compelling theory: that a serial killer named Richard Evonitz was actually responsible for the killings. In a recent interview with Oxygen.com, Miles described why she wanted to write the book, the potential reasons to suspect Evonitz, and her own relationship with the outdoors.

"This is a case that's been really important to me from almost the beginning when it happened. I was a contemporary of Lollie and Julie's in terms of age and a lot of lived experience. It wasn't long after the murders took place in May 1996 that I first learned about the case. It really radically changed my own relationship to the wilderness in really provocative and shattering ways," she told Oxygen digital correspondent Stephanie Gomulka.

But while the case stuck with her through the years, it wasn't until around the 15th anniversary that the shape of a book began forming. To start off her research, she wrote to Julie's family as well as Lollie's closest friends. (Lollie was estranged from her family.)

"It was important for me to get the permission of the people who loved them the most but also to know that they were going to be willing to participate, too. I knew that to actually tell the story of who these people were, I'd have to have the people who loved them the most tell the story," Miles explained. " ... For me, one of the things that's been important to keep foregrounded is just how amazing Lollie and Julie were as people and also as a couple, too ... I think one of the things that's easy to get lost in the shuffle of a true crime book is there's a poignant love story here."

Thus began her research, which included many interviews with people who knew the pair as well as investigating crime scene evidence. Eventually, she began to investigate the theory that Richard Mark Evonitz, a serial killer who died by suicide in 2002 after a woman he had kidnapped named Kara Robinson (whose story is told in Oxygen special "Escaping Captivity: The Kara Robinson Story") escaped and pointed authorities in his direction, could have been responsible for these murders.

"Lollie and Julie were two of at least eight women who were murdered in and around Shenandoah Valley of Virginia over the course of 16 months. So from the start some FBI profilers had speculated this was the work of a serial killer," she said.

After Evonitz was exposed with Robinson's escape, the FBI put together a task force to determine if he was responsible for other crimes, Miles explained. Ultimately, they linked him to three of the eight murders Miles described. DNA analysis at the time wasn't as advanced as it is now, but they were able to do mitochondrial DNA testing to compare what was found at the scene with Evonitz's. They were not able to exclude him as a suspect based on the testing, Miles claimed.

These days, Miles is working with the Innocence Project to "to get more testing done, to build a stronger case where prosecutors feel they can't ignore it anymore." The hope is to ultimately get some answers for those who knew and loved Lollie Winans and Julie Williams.

For more on Gomulka's interview with Miles, watch the videos, above.

How Did Kara Robinson Escape Her Abductor?