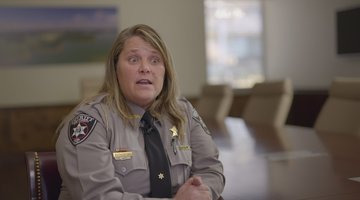 3:19
Preview
A First Look into the Murder Case of Kendra Jackson 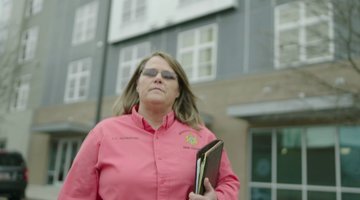 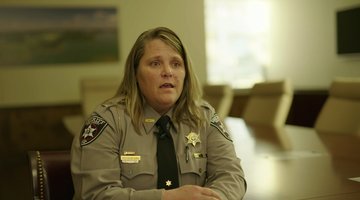 “She shot herself in the head,” William Pounds, a pastor, told the dispatcher. “I need an ambulance, please. I need somebody here. Damn it, Kendra, why you want to do this to me?”

He was referring to his longtime fiancée, Kendra Jackson, a 46-year-old divorced mother who worked at a bank and was known in her community for being outgoing and loving. She was the perfect balance of “classy and sassy,” a loved one told “Accident, Suicide or Murder,” airing Saturdays at 7/6c on Oxygen.

But according to Pounds, Jackson had killed herself with a gun at his home in the early morning hours. Bibb County Sheriff’s Office Lt. Shelley Rutherford, the lead detective on the case, described the shooting scene as “extremely messy. There was a lot of blood.”

Pounds, who could be heard on the 911 call making sounds that seemed as if he was performing CPR, told Rutherford that he and Jackson had been discussing ending their relationship. That’s when, he claimed, she shot herself in the head.

Investigators working the case were immediately struck by how Pounds’ version of the events didn’t add up. Pounds had said he was in bed before the shot was fired, but the bed was nearly made when authorities arrived. It gave the impression that the scene had been staged.

It also turned out that two shots had been fired: There was a bullet hole in the mattress.

However, Rutherford told producers that some people who kill themselves fire a practice round before turning the gun on themselves.

But police were stumped by the fact that no bullets or casings could be found in the room. When questioned, Pounds repeatedly said he didn’t remove anything from the room or alter the scene in any way. Where were the ammo shells?

Investigators also noted that although Pounds said he tried to resuscitate Jackson, he had no blood on him except for a tiny trace of it on his pants. That was inconsistent with the way blood would be transferred in such a scenario. His claim that Jackson shot herself with her left hand also didn’t match up with physical evidence found at the scene.

Pounds’ contradictory accounting of the fatal incident intensified suspicion that Jackson’s death didn’t happen the way he said it did. Jackson’s death was initially marked as a “suicide/suspicious death," though, as investigators had no proof that her death hadn’t been self-inflicted.

Rutherford dug deeper into Pounds' background and learned he had distanced himself from Jackson’s children. She also found that he had the qualities of a “Jekyll and Hyde”: He was well-liked and highly regarded by his parishioners, but he was also a master manipulator of the women in his life. He actually had two fiancées, and was set to marry one of them the same day that Jackson died.

On June 18, Rutherford and Bibb County Sheriff’s Office Sgt. Roy Williams, a crime scene investigator, returned to the shooting scene. They repeatedly listened to the 911 call and observed that Pounds originally said that Jackson was trying to take the gun before quickly reversing himself and telling the dispatcher that he tried to take the gun from her.

In the distress call they also heard a toilet flushing. While they couldn’t confirm it, investigators believed that that could have been the sound of Pounds getting rid of evidence, including the missing bullet casings.

Investigators continued to focus on Pounds’ suspiciously fluid version of the deadly events and forensic evidence inconsistent with a suicide. The palm of Jackson’s left hand, the one in which Pounds said she held the gun, was covered with blood. Dried blood on the floor and on Jackson made Pounds’ timeline of events questionable.

Investigators became convinced they were working a homicide, not a suicide, and by August 21, authorities had cause to arrest Pounds.

His congregation rallied around him for support, though. They helped raise the $500,000 bond for his release. However, in short order, Pounds cavalierly violated conditions of his release and his bond was revoked. For admiring members of his flock, his reckless behavior was eye-opening and showed a side to him they hadn’t acknowledged, one told producers.

Pounds’ trial began in October 2017. Prosecutors were concerned that the pastor’s pious image would outweigh evidence. But in the end, Pounds, 49, who testified on his own behalf, was found guilty.

The trial judge lit into Pounds, telling him, “You are an outright charlatan.” Convicted of felony murder, Pounds is serving a life sentence without the possibility of parole.

To learn more about the case, watch “Accident, Suicide or Murder,” airing Saturdays at 7/6c on Oxygen or stream episodes here.

5 Of The Most Bizarre Freak Accidental Deaths