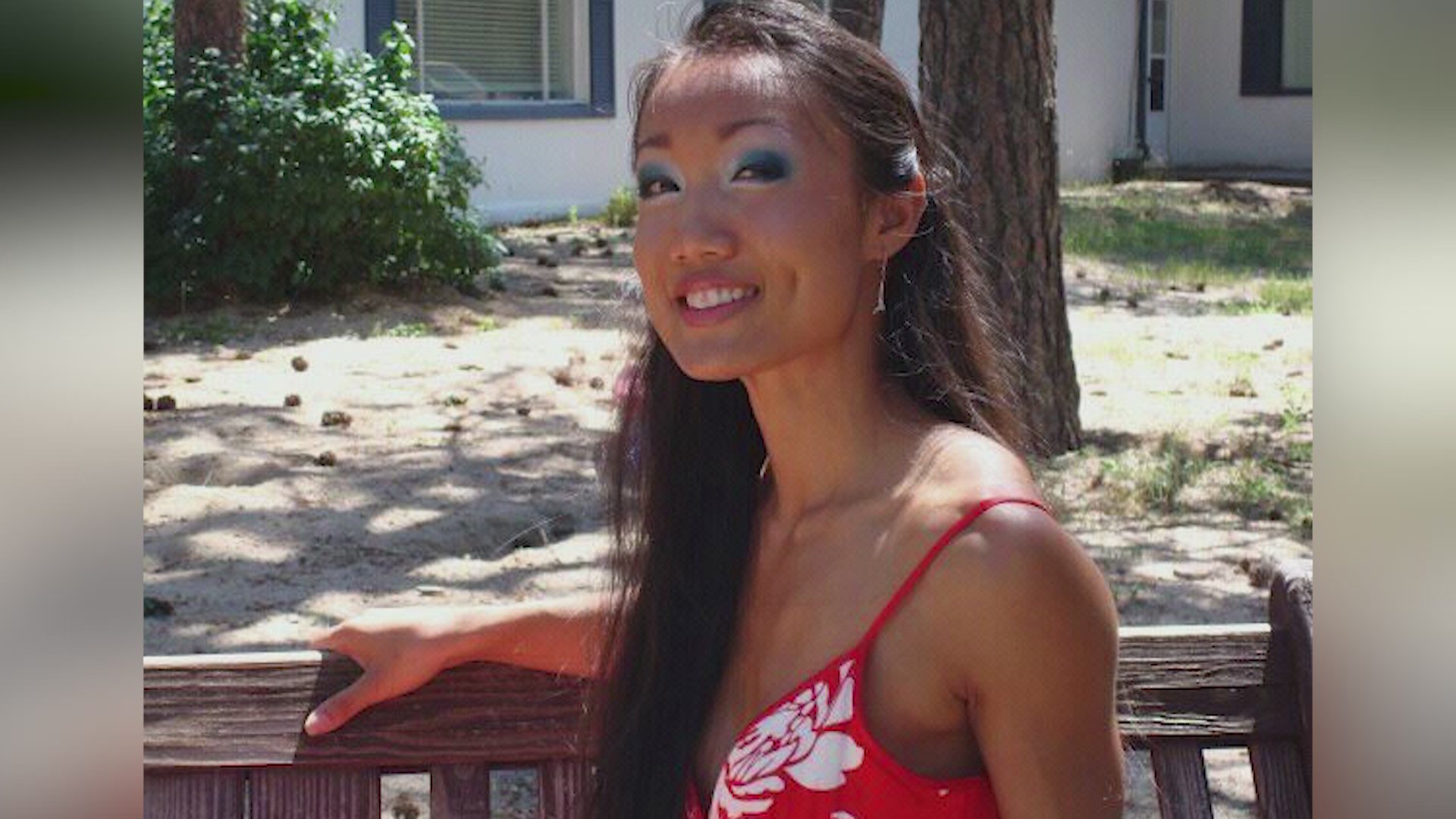 It’s been nearly eight years since Rebecca Zahau’s life mysteriously ended, but do new clues suggest her death may have been a sexually-motivated homicide?

From the beginning, the details of her death have perplexed many. Adam Shacknai, brother of Zahau’s wealthy boyfriend, Jonah, reported finding the 32-year-old hanging naked and bound from the outdoor balcony of the Coronado, California, Spreckels Mansion on July 13, 2011. A strange message was written in black paint on a door not far from the body, and the death occurred just days after Jonah Shacknai’s young son, Max, plunged over the second-floor balcony of the home, leaving him fatally injured.

The San Diego County Sheriff’s Office has ruled the death a suicide. A recent re-examination of the evidence for the Oxygen series, “Death at the Mansion: Rebecca Zahau,” however, left some investigators wondering if Zahau might have been the victim of foul play.

Suspicious black paint smears were found on Zahau’s naked body, and her hands were tied behind her back, using a complex knot that would have been difficult for her to manipulate herself. Also, a bloody knife left behind at the scene suggested to a team assembled by "Death at the Mansion"— as well as the Zahau family attorney — a possible sexual assault.

Former prosecutor Loni Coombs, journalist Billy Jensen and retired criminal investigator Paul Holes took a close look at these clues and what they may suggest about Zahau’s final moments, as part of their investigation

Keith Greer, the Zahau family attorney, believes the evidence left behind at the mansion suggests that Zahau was sexually assaulted and then murdered.

“The whole case had the appearance of a sexual crime from the very beginning,” Greer told the Oxygen series.

In 2018, a civil jury eventually found Adam Shacknai, the only other person believed to be at the Coronado mansion the night Zahau died, liable for her death, awarding her family roughly $5 million.

However, Adam has always maintained his innocence, and no criminal charges have ever been filed against him.

Adam filed an appeal of the civil jury’s verdict in December 2018, but his insurance company would later agree to settle with the Zahau family in February for approximately $600,000 —effectively ending the civil case.

The sheriff’s department also agreed to look at the evidence again, after the civil jury’s verdict. However, in 2018, Sheriff Bill Gore re-affirmed the department’s conclusion that Zahau had died by suicide.

Despite the case being closed to authorities, Zahau’s family and Greer remained convinced that Zahau was the victim of a homicide.

The team assembled by "Death at the Mansion" found what they believed to be compelling evidence of sexual assault left behind in the second-story bedroom of the Coronado mansion.

“In my mind, if she was sexually assaulted, she wasn’t committing suicide,” Coombs said.

Investigators discovered two knives laying in the room — one of which was covered in Zahau’s menstrual blood.

The blood was found on all four sides of the knife’s handle, suggesting it may have been used in a sexual assault, Greer said.

“When we discovered the blood on the base of the steak knife, on all four sides of that handle, the only source would have been if she was sexually assaulted, because it was menstrual fluid,” he told Oxygen.

Sheriff’s department investigators said that there was no usable DNA found on the knife. However, Zahau’s fingerprints were found on the blade of a second, larger knife also found at the scene. DNA from two different people was found on the second knife, but the sample had an “insufficient amount of information for conclusions or comparisons,” Lieutenant Rich Williams said at a December 2018 news conference.

Williams also said that two autopsies turned up no evidence of sexual assault, and that Zahau’s menstrual blood could have gotten onto the first knife in other ways.

Holes, however, questioned the heavy “blood encrustation” seen in the groove of the handle, which, he believes, suggests the blood did not simply come from Zahau’s hands.

“So, at this point they have proven that this is Rebecca’s blood, but it does not appear that they did any type of examination to establish whether or not it had the vaginal epithelial cells, the protective cells that line the vagina, on this knife handle,” he said, adding that a simple test would be necessary to confirm whether or not the epithelial cells were present on the knife.

Holes did not have access to the knife that Greer believes was used in the assault — however, after examining photos and reports, he said that it appeared as though fluid on the knife’s handle could be consistent with vaginal secretions.

After Zahau died, investigators found a strange note written in black paint on the door of the upstairs bedroom, near the balcony where it’s believed she had been hanging.

The note read, “She saved him, can you save her.”

The tube of paint that investigators believe was used to write the message was also found at the scene, and had Zahau’s thumbprint on the cap, according to sheriff’s department investigators.

But, the black paint found on Zahau’s body left some wondering whether it may be another sign of a sexually-motivated attack on the 32-year-old.

Greer told Oxygen that black paint was discovered on Zahau’s nipples — on the tip of one and then on the side of the nipple and areola on the other breast —  almost as if “somebody actually tweaked” her nipples.

Greer said that if Zahau had pinched her own nipples, black paint would have also likely been found on her fingertips — but no paint was found there.

“I found it interesting there was paint found on Rebecca’s breasts, and yet, no paint found on her palms or the front sides of her fingers,” Coombs said, after reviewing a life-like doll used in the civil trial with injuries like those found on Zahau’s body.

Blood on Zahau’s inner thigh also may have been a “transfer mark” from a possible sexual assault — and appeared to be the same size and shape of the small knife handle, according to Greer.

Holes was troubled by some of the paint markings found on Zahau’s body, and pointed to an image showing a patterned print in dried paint on her right ring fingernail that he said looked like it could have come from a leather glove.

Holes said he found other areas on her body with a similar pattern, suggesting that, if there was someone else involved in Zahau’s death, whoever transferred the paint onto her body may have been wearing gloves at the time.

Jensen, Holes and Coombs wrestled with whether Zahau would have been able to bind her own hands behind her back before taking her own life.

The sheriff’s department contends that it would have been possible, and even released a video of a deputy close to Zahau’s sized demonstrating how the bindings could have been done.

To test the theory themselves, Jensen and Coombs visited a bondage expert in an episode of the series, and found that Jensen managed to tie the same knot behind his back.

“It wasn’t that much of a challenge to be honest with you,” he said.

However, when Holes reviewed the knots, he found differences between the knots tied by the sheriff’s deputy, Jensen’s and the one actually used to bind Zahau’s hands.

In the police photo of Zahau’s hand, the “figure eight” as Holes called it, is at the top of the bindings, while it was at the bottom of the bindings in both the sheriff’s version and Jensen’s attempt, which made it easier for them to manipulate the ropes themselves.

“How is she able to tie this figure-eight knot while it’s here? So, do I have somebody else tying this knot?” Holes mused.

The Injuries To Zahau’s Neck

Adam Shacknai told police that he found Zahau hanging from the second-story balcony by a red polypropylene rope before he cut her down and tried to perform CPR.

The sheriff’s department has maintained that Zahau killed herself, after binding her legs and hands, tying the rope around her neck and then throwing herself off the balcony.

But some familiar with the case have questioned whether the injuries to Zahau’s neck are consistent with a long-drop hanging.

“If this was this true long-drop execution hanging, I would expect a lot more trauma, if not decapitation — broken neck, internal decapitation or full decapitation, after this victim had dropped nine to 10 feet,” Holes said.

An autopsy did find some damage to Zahau’s neck. The hyoid bone, a small bone located in the middle and front of the neck was fractured, but Rebecca Hsu, M.D., a forensic pathologist brought in to help re-examine the case for "Death at the Mansion," questioned whether the injury was consistent with a hanging.

“It’s not an easy thing to break with a ligature,” she said. “It’s much easier to break if you have manual strangulation where fingers are going in and up.”

While Hsu said that she seen “quite a few hangings,” hyoid bone fractures were rare in the cases she’d examined.

Degrading Nature Of The Possible Crime

Another element suggesting a possible sexual crime is the degrading nature of the scene Zahau’s body was found in.

Zahau was reportedly found bound and gagged with a T-shirt, and naked hanging outside with black paint smears on her breasts.

Her sister, Mary Zahau-Loehner, contends that Zahau never would have taken her own life naked, in such a public way.

“Just the fact that her family would have seen her that way — she would have never done it,” she said.

But, according to Hsu, finding someone nude in a public place, bound and gagged, could indicate a person wanted to humiliate Zahau in her death.

“One of the things that strikes me the most about this is that everything that you see here is very humiliating, and one of the important things about a lot of sex crimes that I have seen is that, whether it be a fantasy-type killing or just for whatever reason, you want to punish them,” she said.

While exactly what happened to Zahau on the last night of her life remains a mystery, experts featured on “Death at the Mansion” believe the case warrants another look by the sheriff’s department, using the latest technology to re-evaluate key pieces of evidence in the case.

“From my perspective, I look at this and go, ‘You know, there’s more work that needs to be done,’” Holes said.

Jensen said he observed a “lot of inconsistencies” in the official findings, and delivered a report of his team’s findings to the sheriff’s department at the series’ conclusion.

“I still don’t know what happened to Rebecca, but I know that an investigation needs to be opened up,” he said.

Tune in for the powerful finale of "Death At The Mansion: Rebecca Zahau," airing Sunday on Oxygen at 6 p.m. ET/PT.