Sign Up for Free to View
Dirty John and Coercive Control 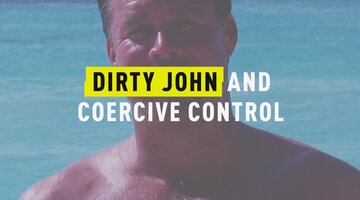 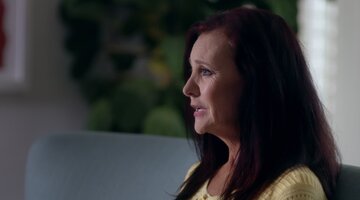 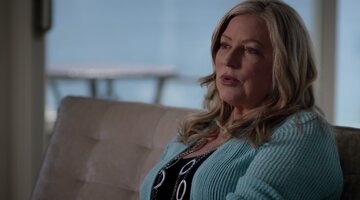 One of the little-known heroes of the "Dirty John" saga, Meg Maggart met John Meehan after he had divorced his first wife, Tonia Bales, who formerly went by Tonia Sells. Like most of Meehan's victims (or survivors, we should say), Meg met "Dirty John" on a dating website.

But unlike most, Meg almost died while attempting to help bring Meehan to justice.

"His profile said that he was single, that he was a doctor, an anesthesiologist," Meg told "Dirty John, The Dirty Truth," streaming on Oxygen. "Just a great profile. Everything you want to see in a man."

Meg had been divorced with two small children, and she explained that she hadn’t had a "high opinion” of herself at the time. John had made her "feel like a princess."

After dating for about three months, John invited Meg to Cancun, claiming he had a convention. "He asked me if I wanted to go be with him," said Meg. "So now this beautiful man is taking me on a trip."

With perfect weather and a beautiful hotel, Meg thought she was going to have a great time. On day two of the trip, however, John left for a while, saying his back hurt. "He came back with a vial of drugs, wrapped a belt around his ankle, and he inserted the drugs with a hypodermic needle between his toes," said Meg.

"I know that's not right," she continued. "I felt I was in danger."

Maggart took Meehan to the hospital, where he knew just what to say to get the drugs he needed, reporter Christopher Goffard of the L.A. Times told "Dirty John, The Dirty Truth." Meehan had had a drug addiction for decades and it had been growing worse, Goffard said.

Meg left Mexico while John was still in the hospital. Upon her return, John's gym bag had spilled out inside of her luggage, and Meg had discovered a number of "tiny vials."

Also in her luggage: a business card for John Meehan's ex-wife, Tonia Bales, whom John had been convicted of menacing after she'd recorded telephone conversations of him threatening her life, according to the L.A. Times.

Maggart called Bales to confirm her suspicion that Meehan was a drug addict, and Bales referred her to Detective Dennis Luken. "He told me there had to be drugs in John's house," said Meg. "He was afraid there were weapons in the house."

Detective Luken asked Meg, who still had a key to John's house, if she’d take a look inside for drugs.

"I know he was in Mexico, but I kept thinking he was going to come up right behind me," said Meg, who had been trembling when she’d noticed an attic door that "wasn't put in place right."

The attic was "chalk full of empty vials," said Meg.

Meg agreed to go before a judge, if necessary, and allow her name to be listed on a search warrant, despite fearing for her life.

"When I did the search on the house I found a Ruger 9 millimeter," Detective Luken told "Dirty John, The Dirty Truth." "He was not allowed to possess that because he was on probation from when he had threatened Tonia.”

Also recovered during the search were 45 containers of six different medications from a Kentucky hospital, according to the Dayton Daily News.

As a result, Meehan's probation was revoked, and he was arrested--although he was allowed to leave the courtroom until the time of his sentencing.

"When John found out my name was on the search warrant, he lost it," said Meg. "John calls me and tells me I'm going to regret ever helping Dennis Luken. He said I was a 'whore' and a 'bitch' and I was going to pay for what I did. He knew where my family was."

Another said: "Guess who's off parole?"

Meg knew the car was aiming for her the moment she saw it.

"It came at me so fast, trying to get away, and I can't get away. I got hit by the car,” she said. "I knew it was John. I had no doubt it was John. He knew that I was on that search warrant. He believed that I had ruined his life."

Meg's leg was broken in the hit-and-run, but John, who excelled at evading authorities, had an alibi, according to Detective Luken.

"You can't escape John Meehan until he's dead," explained Tonia Bales. "There's been some small victories maybe for you. Maybe things have gone in your direction with the law or the court. But you never feel perfectly at ease."

Maggart, Bales, and the rest of Meehan’s victims can now feel at ease. Watch "Dirty John, The Dirty Truth" on demand to see the conclusion, including video of the crime scene that ended John Meehan’s life.

Debra Newell Of 'Dirty John' Talks Surviving A Psychopath: 'Almost Everything He Told Me Was A Lie'