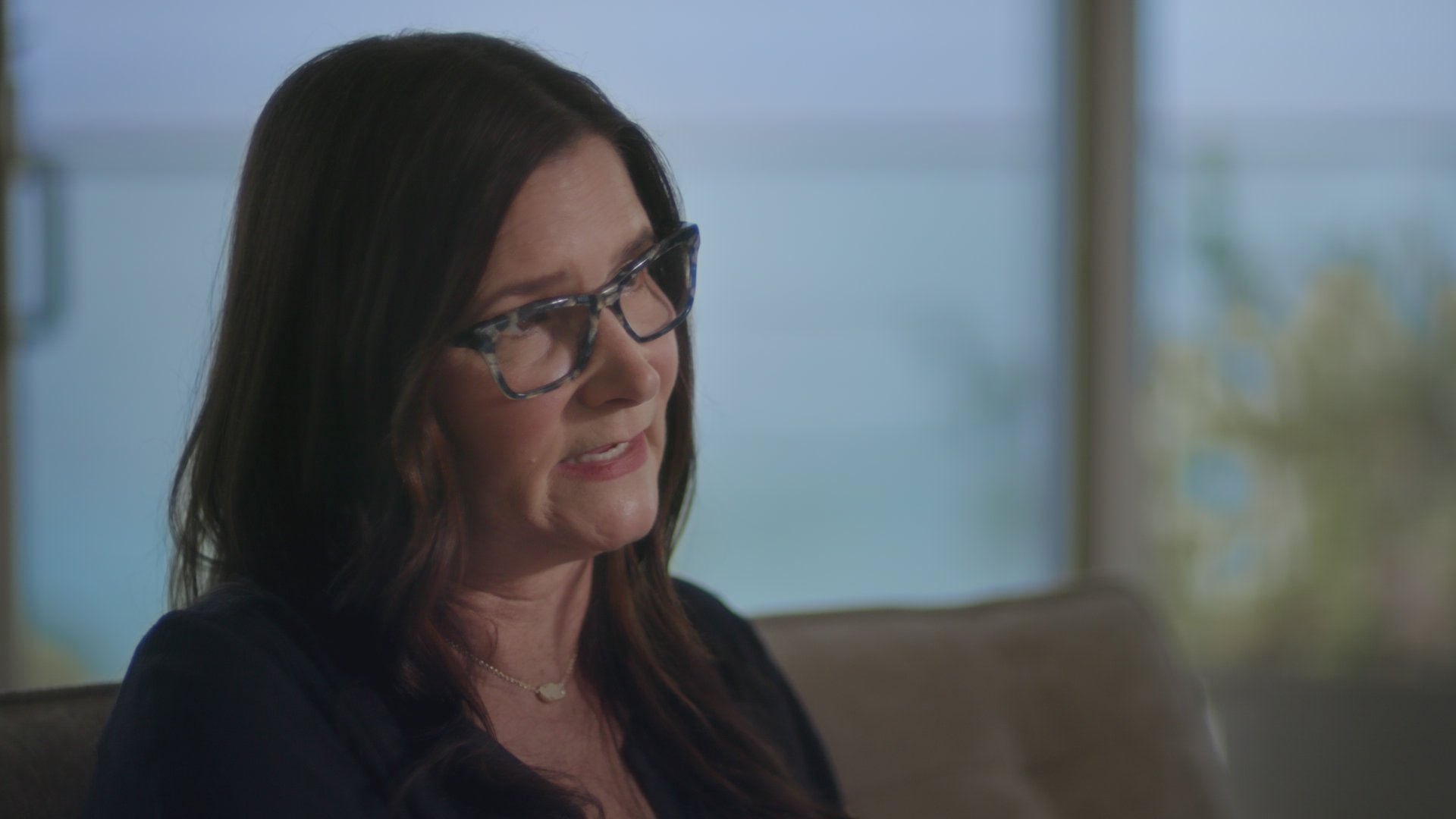 John Meehan, the subject of The Los Angeles Times’ "Dirty John" podcast, was known for terrorizing and manipulating nearly everyone around him. Though Debra Newell was his most recent wife, and has spoken openly about his “dirty” habits, his first wife Tonia Bales also recalled her own horrific experiences on "Dirty John, The Dirty Truth," airing on Oxygen. "I got a call from detective [Dennis] Luken and what he said to me was 'Tonia, John did not show for his sentencing, and they sometimes take hostages,'" said Bales. Meehan, who had been hiding a drug addiction, was due to be sentenced that morning after authorities found he’d been stealing viles of drugs and stashing them in the attic of his home. The detective mentioned by Bales worked at a sheriff department’s drug task force in Ohio.

"He said 'I want you to go get your children out of day care and school and go hide,'" Bales continued. "And I thought 'oh my God he's coming over here. He's coming to the house and he's going to do something to me.' I just felt a visceral, you know, I was frightened.” Bales and Meehan hadn’t always had a bad relationship. In fact, Bales once considered their marriage to be “happy.”

The two met in Dayton, Ohio, in 1988, when John was attending law school—from which he never graduated. A nurse in an operating room at the time, Bales met John when he approached her while she was out with a group of co-workers. He was “enjoyable, outgoing, smiling and very engaging, asking a lot of questions,” Bales told “Dirty John, The Dirty Truth.” While Bales did not give out her phone number, she’d told John where she worked. He called the operating room the next night, and had Bales paged. “I would say that I was naïve,” said Bales. “You know, he said all of the right things: ‘You’re really pretty. Can I get to know you? And do you want to go out.’ And I was flattered.”

Bales encountered a red flag when she saw his friend referring to him as “filthy John Meehan” in a video recorded at their wedding reception. When asked how he got the nickname in the video, his friend had said “it cannot be divulged on camera.” Meehan waved off the incident when Bales had inquired about it, saying his friend had just had too much to drink. Several years later, Bales took her wedding ring to a jeweler when one of its smaller stones had fallen out. “You know this isn’t real, right?” the jeweler had asked.

Having helped support John through nursing school, Bales said the two “got along very well” and “rarely fought about anything.”

But after being married for nearly a decade, Meehan claimed he wasn’t happy in the marriage and filed for divorce. Bales was heartbroken, and with encouragement from a relative who thought “something was not right,” decided to reach out to Meehan’s mother, Dolores, with whom she’d never been allowed to speak.

“Dolores, this is Tonia,” Bales recalled saying. “I’m married to your son, John.”

After a silent spell, Bales told “Dirty John, The Dirty Truth” that Dolores responded: “Oh Tonia, I knew you’d call me one day.”

Bales discovered that John had been hiding a previous drug charge in California –and that was just the tip of the iceberg. He’d also lied all along about his actual birth name and age, claiming he was five years younger.

Bales then talked to Meehan’s sisters.

“They laid out a lot of stories about insurance fraud and about having a friend hit him with a car on purpose and he broke his leg and he got some money for that, that he had put some glass intentionally in his taco at Taco Bell and filed a suit against that,” Bales told “Dirty John, The Dirty Truth.” “That was not congruent with the man that I married.”

Or so Bales had thought.

Alarmed with the new information, Bales said she began to snoop, and discovered a box containing stolen anesthesia drugs from the hospital on a top shelf of their closet. After reporting the theft, Meehan was investigated and ultimately lost his job. He began to terrorize Bales over the phone.

“Tonia, you enjoy your time left on this earth, OK? Because that’s what it’s gonna come down to,” said Meehan in one of many threatening conversations, which were recorded by Bales at the request of authorities.

Meehan was convicted of menacing, and received a suspended sentence, according to "The Los Angeles Times."

But Bales wasn’t the only family member who was terrified of him.

Meehan’s own daughter, Abigail, a young child at the time, told “Dirty John, The Dirty Truth:” "I always thought that he was going to come and get us just to get back at my mom.”

On the day of his sentencing, Meehan was found in a hotel room in a semi- conscious state. While being transported to a hospital, he jumped out of an ambulance and attempted to evade authorities by running into a department store and hiding in an elevator shaft. After fighting responding officers, one was able to grab him by the leg and the two reportedly fell ten to twelve feet inside the elevator shaft before he was finally arrested.

One investigator considered Meehan to be "the most devious, dangerous, deceptive person I ever met," according to "The Los Angeles Times." Meehan died during a brawl with his second wife’s daughter, Terra Newell, who stabbed him 13 times in self-defense—with his own knife. “You can’t escape John Meehan until he’s dead,” said Tonia Bales. “There’s been some small victories maybe for you, maybe things have gone in your direction with the law or the court. But you never feel perfectly at ease.”